The first sultan: Mahmud of Ghazni 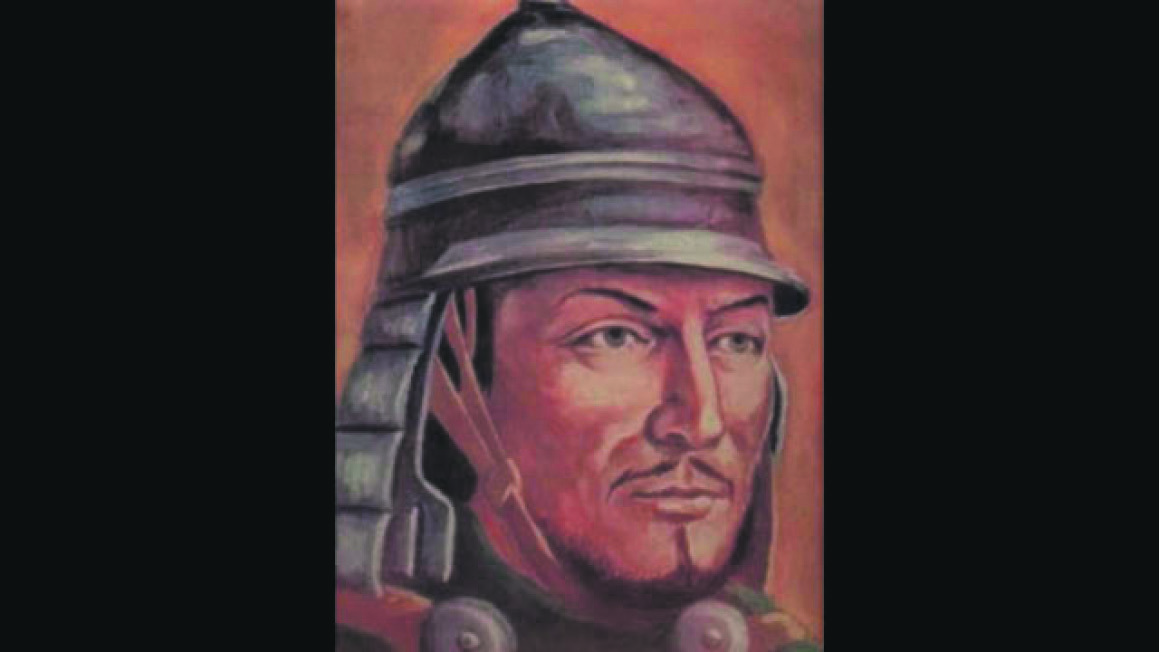 The greatest emperor of the Ghaznavids, Sultan Mahmud was the conquerer of India. He was an intellectual and art lover, who contributed greatly to the spread of Islam in Asian territories

Islamic and Turkish history can be divided into three periods related to the forms of late-empire governance. The first period was the Age of the Caliphs of Medina, Damascus and Baghdad or the four great caliphs and their successors, the caliphs of Umayyad and Abbasid, who ruled the entire Islamic world. Formed during this age, this hierarchical structure would be used as a model for later Islamic empires.

The second period is the Age of the Sultanate, beginning with the empire of the Ghaznavids. During this time, the Crusades had ruined the Islamic world, the Abbasid caliphate had been weakened and the Shii'te Fatimid Dynasty, which emerged in North Africa, had declared its caliphate, all of which had caused the center of the Islamic world to dissipate. However, the healing effect of the sultanate began to work quickly. While the dominance of certain great empires started to be recognized in Islamic lands, the crusaders were destroyed, allowing conquests to resume. As a result, the Age of the Sultanate lasted more than 1,000 years.

The third age - that of the nation state - began in 1923 when the sultanate of the Ottomans was disbanded.

Sultan Mahmud of Ghazni was born on Nov. 2, 971 in Ghazne, located in northern Kabul, Afghanistan. His full name was Abd al-Qasim Mahmud and his official title was sultan, while his unofficial title was "Yeminü'd Devle" (the right hand of the state) and his family name, or surname, was Ibn Sebük Tegin. His father Ebu Mansur Sebük Tegin was a "mamluk" commander faithful to the Samani Empire, in other words, a slave soldier. Mahmud's mother was a princess who belonged to a noble Persian family.

When the Samani Empire, centered in Bukhara, weakened, Sebuk Tegin began ruling the region after being dominant in Ghazne.

We have now arrived at the story's pivotal moment. As his name suggests, Sebük Tegin was a Turkish "mamluk" or professional soldier. Strong boys of conquered clans, assimilated in the campaigns of the Arabs moving towards Asian lands, were taken to be raised as Muslim warriors, just like the Ottoman janissaries. The only difference is that Asian mamluks destroyed weak dynasties and founded new empires, while the janissaries remained domestic troops, only creating small revolts from time to time. The state of the Ghaznavids was one example of an empire founded by mamluks.

According to an ethics book written about him, Sebük Tegin was a Turk from the "Barsahians" who became Muslim when he went to the country Samanis. When he rejected the dominance of the Samanis rulers and established his own state in Ghazne, he went on to raise his son Mahmud as his heir. As a result, Mahmud is considered the first example of a well-educated sultan. Besides his political advantages, like courage on the battlefield and strong governing skills, Mahmud was also a religious ruler who valued art and culture.

Even though Sebük Tegin gained independence in Ghazne, the Ghaznevid state was a small one, formally dependent on the Samanis until Mahmud's successes. Mahmud won numerous wars for both his father and the Samanis while his father was still alive. The commander of Samanis gave the title of "Seyfü'd Devle" (The Sword of the State) to Mahmud for his triumph in gaining control over Khorasan, in modern-day western Iran.

Although Mahmud belonged to a noble family and was raised in good hands, his success was not solely based on those factors. When his father died in 997, his brother İsmail inherited the throne first, just one example of the setbacks Mahmud had faced. As Mahmud was superior to İsmail in every way, he first suggested dividing the country into two and ruling it together. However, when İsmail rejected this, the two brothers waged war with each other, and Mahmud came out victorious, thus becoming the Gaza emir.

While taking hold of the throne or seat of power is the primary goal of politics for some rulers, it is merely a tool for others. So, Mahmud's real story began when he defeated his brother and became the Gaza emir. In fact, he obeyed his oath before taking the throne and made peace with the Muslim Karahanis, instead fighting against the anti-Islam Hindus. Mahmud's lifelong policy made him not only very successful but also the ideal model for the next centuries' rulers.

The idea of not fighting with the Karahanis and coming to India on an expedition worked so well that both the broad lands joined Gaznath, and Mahmud's reputation and legitimacy as an emir strengthened. At the end of the 10th century and in the beginning of the 11th century, Muslims were both in a crisis of thought and in an intense material conflict. Often, the emirs that had the power to hold onto big cities and their surroundings worked with enemies instead of with each other against common foes, leading to massive losses on both sides. As an emir who was devout, sophisticated, brave and talented, Mahmud's policies in favor of Muslims were widely appreciated.

Mahmud was able to capture India's northern and western parts by launching 17 expeditions over 30 years. In the end, this was both a military and religious achievement. Mahmud was not only able to take hold of these places but also made sure that Islam was adopted throughout. Continuing his expeditions against the resisting rajas, Mahmud made sure that the Hindu and raja dominance in western India weakened, while strengthening the Islamic and Ghanaian governments.

Mahmud also fought with other Muslim-Turkish dynasties, such as the Karahanis Dynasty and the Harezmis Dynasty, if he had to do so, but his first choice was to make peace with fellow Muslims, reserving his resources for non-Muslims entities. This policy would also affect many successful states in the following centuries. It is necessary to remember that the Ottomans also strengthened thanks to Mahmud'sd battles against Christians and peaceful agreements, if possible, with Muslims.

When Mahmud of Ghazni died on April 30, 1030, he bequeathed the greatest Islamic state of the time. The other and inherent legacy of his was the determination and success with which he spread Sunni-based Islam against idolaters and esotericism. Most importantly, Mahmud should be remembered as an art-loving sophisticated sultan, as well as a helmeted army commander.

It was Mahmud who had the famous poet Firdevsi write "Şehname," the greatest epic of Islamic literature.

There are many anecdotes about the relationship between the sultan and the poet. It is not known which of these are true, but "Şehname," written by Firdevsi under the aegis of Mahmud, remains an undisputed legacy.