Süleyman Nazif: 'Disillusioned by the earth, hurt by the sky' 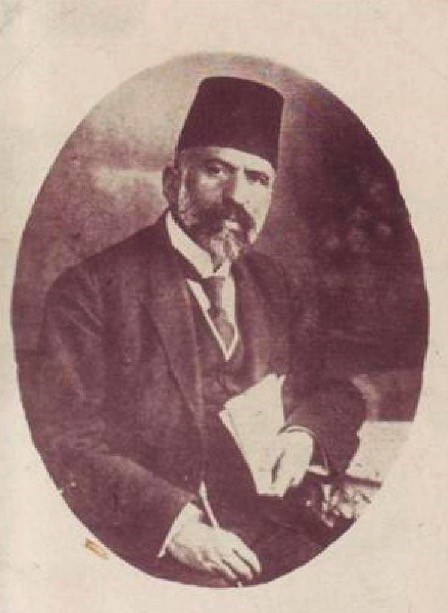 Su00fcleyman Nazif was a poet between the New Generation movement of the 1890u2019s and the national political literary movement of the Constitutional era.
by Hakan Arslanbenzer
Nov 04, 2017 12:00 am

A poet and author who wrote both in the late Ottoman and early Republican eras, Süleyman Nazif was an intellectual knowledgeable in both Eastern and Western canons

The intermediate generation between the Tanzimat generation included such revolutionary personalities as Namık Kemal, Ziya Paşa and Ebuzziya Tevfik and the actual political men of letters belonging to the 1908 Revolution, such as Tevfik Fikret, Mehmet Emin and Mehmet Akif, who were truly intermediate in their attitude against the state, politics and literature. Şair Eşref was an Ottoman governor until he was arrested and charged for revolutionary thoughts and actions against Sultan Abdülhamid II. Eventually, he fled to Egypt. Süleyman Nazif was also a governor, who worked in hard times such as the 1895 Armenian rebellion and World War I that resulted in his arrest and exile to Malta by the Occupation Forces at the end of the World War I.

"I care for neither the earth nor the sky;I come and go, as my eyes are glassy.

I am disillusioned by the earth

And hurt by the sky."

Süleyman Nazif was born in 1870 in Diyarbakır in eastern Turkey. His father, Mehmed Said Pasha, and his little brother Faik Ali Ozansoy were poets as well. Said Pasha wrote about history and poetics as well. Faik Ali was a minor poet of the National Rhyme School of the 1920s and 1930s.

Süleyman graduated from Diyarbakır Junior High School after he was first in school in Harput where his father worked. However, Süleyman Nazif's real education included lessons he received from private tutors. He learned history, logic, grammar and literature from his father and friends of his father. The mufti of Muş province taught him Arabic, while an Armenian priest taught him French.

Süleyman liked reading poems and articles written by well-known Tanzimat authors, such as Namık Kemal and Abdülhak Hamid, both of whom had a direct impact on his writing.

When his father Mehmed Said Pasha died in 1891, Süleyman Nazif returned to Diyarbakır and began working as a public servant. He worked for the Public Administration Office in Diyarbakır. Then, he moved to the Provincial Print House of Diyarbakır, and he wrote political articles for the Official Provincial Gazette of Diyarbakır.

A telegram he wrote to Istanbul to report the Armenian rebellions in 1895 was read by Kölemen Abdullah Pasha, the chief inspector sent from Istanbul to investigate the rebellion in place. Abdullah Pasha took the young public servant to Mosul as his secretary. However, Süleyman Nazif resigned from the Mosul office and went to Istanbul.

Istanbul was not Süleyman Nazif's final destination. He arrived in Paris in 1897 to join the Young Turks. He published articles that included bitter criticism of the Abdülhamid regime in Ahmed Rıza's "Meşveret" (Consultancy). However, he returned to Istanbul as he had arguments with Ahmed Rıza, and Abdülhamid II gave him some guarantees.

Nazif was exiled to Bursa as a public servant in the governor's office. He worked there for 12 years until the 1908 Revolution. Meanwhile, he wrote sonnets that were published in "Serveti Fünun," the literary journal of the new generation. He supported the new poetic understanding as opposed to the old one. Nevertheless, Süleyman Nazif has never been considered a major poet. His most famous poem is the one he wrote while in exile in Malta.

He resigned again in 1908 and began working as a journalist in Istanbul. He criticized the policies of the Committee of Union and Progress in "Yeni Tasviri Efkar" published by Ebuzziya Tevfik. CUP rule promoted him to governor and sent him out of Istanbul. He served as the governor of Basra, Kastamonu, Trabzon, Mosul and Baghdad and finally returned to Istanbul where he began working as a journalist again.

When Western armies occupied Istanbul after World War I, Süleyman Nazif wrote an article opposing the occupation. The article, "Kara Bir Gün" (A Black Day), is considered one of the famous symbols of the Turkish War of Independence against the occupation forces.

The British arrested Süleyman Nazif because of his opposing voice against the occupation, and he was exiled to Malta, where he stayed for 20 months. He wrote his famous poem "Daussıla" in Malta.

After the Turks won the War of Independence and the British occupation of Istanbul ended, Süleyman Nazif returned to Istanbul with other exiled Turks. He continued working in journalism until his last day on Jan. 4, 1927. He suffered economic difficulties in his last years though he had been a high-ranking governor of the Ottoman State.

Süleyman Nazif lived and worked within the circle of fire. He was a governor clerk during the Armenian rebellion. He served as governor during the Arab rebellion of World War I. He fought against the British occupation forces with his pen after the Great War. Eventually, he fought for a living again with his pen under bitter circumstances during the early Republican era.

Süleyman Nazif wrote two types of poems. His lyrical poems resembled the style of Serveti Fünun, which is romantic and idyllic in nature with a pathetic mood. On the other hand, his political poetry most resembles that of Mehmet Akif. Nazif was somewhere between the New Generation movement of the 1890s and the National Political Literary movement of the Constitutional era.Nazif is considered a prominent prose writer. His political and literary articles are among the best pieces of late Ottoman prose.