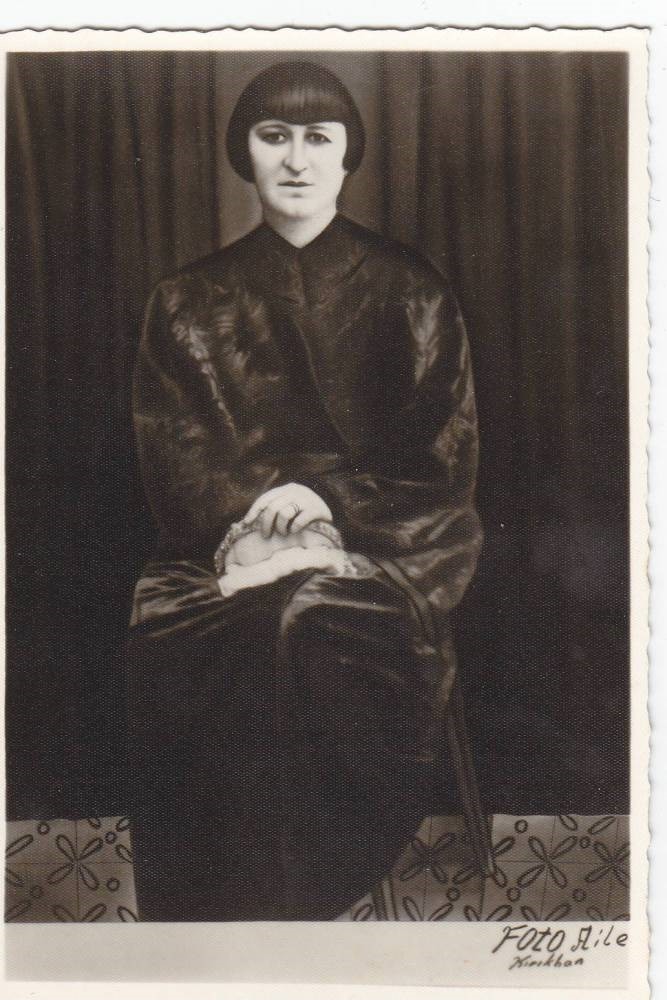 Having fought for women's rights throughout her life, Nuriye Ulviye Mevlan owned the women's magazine Kadınlar Dünyası, an openly feminist publication in the early 1900s

The feminist editors of Kadınlar Dünyası (Women's World), the very first Ottoman feminist periodical published between 1913 and 1921, adopted such a strict principle that they would not open their pages to male writers until women received their rights. Their main concerns were education and employment. They were so disciplined that all of the staff, including the owner and the printing house workers, were women. Only porters were men.Kadınlar Dünyası was the first periodical founded by Muslims to publish a photograph of a Muslim woman in the Ottoman era. The editorial staff included prominent figures in the society such as Aziz Haydar, Emine Seher Ali, Mükerrem Belkıs, Atiye Şükran, Aliye Cevad, Sıdıka Ali Rıza, Safiye Biran, Yaşar Nezihe, Ulviye Mevlan, Nimet Cemil, Nebile Akif and Meliha Cenan. Yaşar Nezihe was a famous poet, while Ulviye Mevlan, the owner, was a women's rights advocate and suffragette.

Nuriye Ulviye Mevlan Civelek was born Nuriye Yediç in 1893 to Safiye Hanım, a housewife, and Mahmut Yediç, a peasant, in Gönen, Balıkesir. Ulviye was her name given by the Ottoman palace, while she received the surnames Mevlan and Civelek from her husbands. Some historians claim that she was born in Syria, while some others think that she was born in Göreme in central Anatolia.

Nuriye Ulviye's family was Circassian exiles who were forced to migrate to the Ottoman Empire by tsarist Russia. The Yediç family first fled to Trabzon by sea from Circassia, north of the Black Sea. After a while, they moved to Gönen, Balıkesir, in the Aegean region, which was among the preferred destinations for Circassian migrants.

Her parents gave Nuriye Ulviye to the Ottoman palace, which was common among poor Circassian migrants in those days. She received a royal education from private tutors at Sultan Abdulhamid II's Yıldız Palace. The Ottoman harem at that time worked like a lady's school. Nuriye Ulviye learned the royal ceremonial rules, religious rituals and etiquette.

She was married off to Hulusi Bey, foster brother of the sultan. As a part of palace tradition, the new couple left the palace and moved to the groom's house. Nuriye was not happy in her marriage since her husband was too old for her and she was just 13 years old. She began reading a lot to hide her unhappiness, which would light the path she would later walk.

In 1923, she divorced Rıfat Mevlan, who was exiled because of his opposition to Mustafa Kemal Atatürk, a major crime during the early years of the Republic.

The press was quite free during the early years of the constitutional era, and everyone with an idea tried to publish a periodical to disseminate his or her thoughts to society. Publishing was not a mere commercial business for Ottoman intellectuals; it was a political base.

Ulviye Mevlan's Kadınlar Dünyası was also accompanied by the "Müdafaa-i Hukuk-ı Nisvan Cemiyeti" (Association for Women's Rights), which she founded a month after she published the first issue of the periodical.

Kadınlar Dünyası was a daily newspaper for the first 100 issues. After that, Ulviye Mevlan decided to publish it weekly. 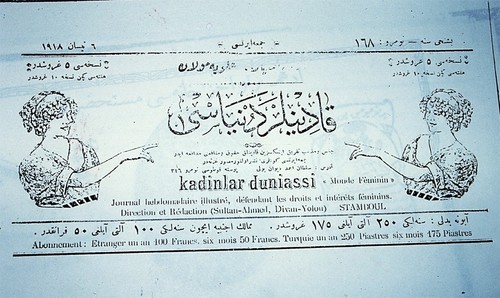 The main idea of Ulviye Mevlan's writings was that the women's rights could only be granted by a revolution that was not independent of a social revolution. She thought that men and women's happiness should depend on one on another. "Today's life seeks change," she wrote in the editorial of the first issue of Kadınlar Dünyası. "I kept on thinking about how we could make changes in our submissive and useless lives. To move forward, I believe both practical and spiritual courage are necessary. We are now in an age of reform and enlightenment. I knew that to advance in society, we had to develop a modern personality, mind and soul."

Ulviye Mevlan's writing was simple and focused. She had clear goals, including higher education and equal pay for equal jobs. She definitely asked for women's right to work as men did in order to get rid of poverty, which would come to fruition after the rapid social changes in the 1950s.

I think Ulviye Mevlan, even though she was not a social scientist, had the sufficient imagination of a sociologist to see upcoming social relations.

Did she succeed in what she asked for? After her campaigns for women's employment in official posts, women were hired at the telephone office, and one year later, the state decided to open the İnas Darülfünunu, literally the first university for young women.

Nuriye Ulviye Mevlan Civelek died on April 9, 1964, in Kırıkhan, Hatay. Her grave is in the Asri Mezarlık cemetery in Antakya. In 1967, her last husband founded a library in her name. The Kırıkhan Municipality also decided to name a street after her. Beginning in the 1980s, when feminism became an independent political movement in Turkey, her name began to be referred to more frequently.