Nezihe Araz: From communism to Sufism 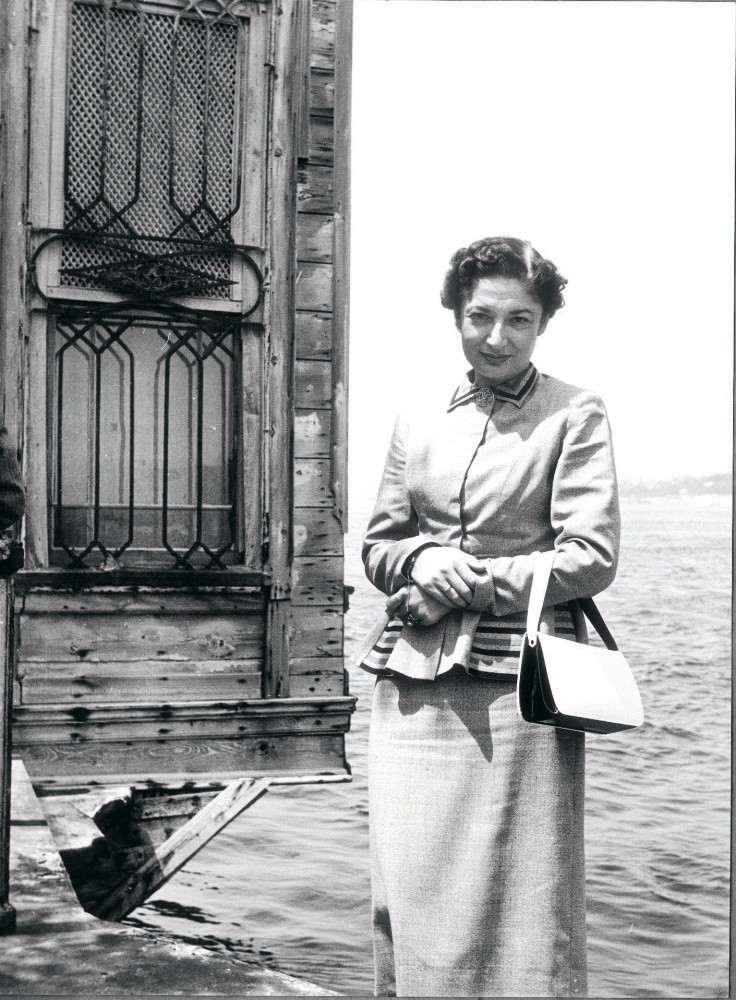 Nezihe Araz became a reporter for the ,Resimli Hayat, (Illustrated Life) magazine after leaving school.
by Hakan Arslanbenzer Aug 18, 2018 12:00 am

Internalizing the communist struggle in her youth, together with the effect of her leftist environment, Nezihe Araz became a conservative writer and journalist after becoming a disciple of modern Sufi leader Kenan Rifai

In Turkish politics, the left and the right have been strictly separated. Taking one side generally means that you stand against anything to do with the other side. Though some people shift from left to right, or vice versa, modern political customs in Turkey mean you stick to your ideological axis.

However, the above mentioned situation was not commonly accepted before the People's Republican Party (CHP) chose the "left of the center" under İsmet İnönü's leadership against the Democratic Party (DP), which emerged as a center-right party after it won the 1950 elections.

Ordinary people would not define themselves as leftist or rightist. As for intellectuals, they were not as strict in their ideology as they are today.

In the 1940s, intellectuals and academics were one family. Thus, their relationships looked much like family relationships. Indeed, many of them were relatives or very close friends. The Turkish Communist Party (TKP) had an interesting role in the social network of intellectuals until the 1980s. Some rightist intellectuals have come from TKP circles, though not the inner but rather outlying ones.

I was shocked to learn that Nezihe Araz, a conservative playwright and biographer, worked as the assistant of Behice Boran, a famous face of the communist struggle in Turkey, at Ankara University. Araz shifted from leftism to Sufism through the years.

Araz was born "Fatma Nezihe" on May 11, 1920 in Konya. Her father Rıfat Araz was a close friend of Mustafa Kemal, the leader of the War of Independence happening at the time. Rıfat Araz helped the struggle against the occupation of Turkey by Britain, Greece and other European invaders by saving the golden treasury of Ziraat Bank, where he worked as a branch manager. He took the gold from Damascus to Ankara in order to prevent the occupying French forces from stealing it from the Turks.

"Araz" is the surname of the "Bulgurluzade" family, one of the notable families of Ankara. The Bulgurluzade family hosted Mustafa Kemal in Ankara by presenting him with the first residence of the presidency. Thus, Rıfat became a prominent figure of the republic after the War of Independence. He was a Member of Parliament as a CHP delegate from 1927 until 1943.

Though Rıfat Araz was a close friend of Mustafa Kemal and he served as a CHP deputy for 16 years, he kept his religious way of life and joined rites held by Kenan Rifai, a modern Sufi leader.

Nezihe was raised in the religious but modern family of Rıfat Araz. She graduated from the Ankara Girls' High School in 1941 and enrolled in the philosophy department of the Language-History and Geography Faculty of Ankara University. She was close to Behice Boran, one of the most famous communist academics of the 1940s; thus, she became her assistant after her graduation in 1946. 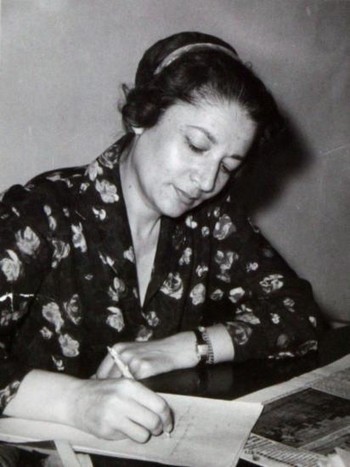 Araz was a young member of the academic communist circle in Ankara. She followed the ideas of her fellow communist professors such as Boran and Muzaffer Şerif, who became a significant figure in social psychology in the United States after he was dismissed from the university in Turkey. Araz helped out with the periodicals published by the same circle of communist intellectuals.

Boran was dismissed from Ankara University in 1948. The state started to exert pressure on the leftists. Araz left Ankara University, though she was not pushed to do that. Her family asked her to move to Istanbul and she began Ph.D. studies there. Their intention was to separate their daughter from the leftists, who were under heavy surveillance under the rule of İsmet İnönü .

Araz did not complete the Ph.D. She left school and became a reporter for the "Resimli Hayat" (Illustrated Life) magazine. Moreover, she became a Sufi under Rifai's guidance. Her change from leftism to Sufism has never been detailed. We know that her family asked her to leave her leftist environment and stay close to her family, as many families would do at certain times. Yet, we do not have much idea as to why she felt to make such an extreme shift from a state of mind depending on materialistic secularism to esoterism. The only rational explanation could be that her leftism was shallow, and her loyalty was to persons like her professor Boran, not to the ideals of communism.

After becoming a disciple of Rifai, Araz began writing biographies for historical and religious characters such as Mehmed II ("Fatih'in Deruni Tarihi," The Esoteric History of Mehmed II, 1953), Prophet Muhammad ("Peygamberler Peygamberi," The Prophet of the Prophets, 1960), Yunus Emre ("Dertli Dolap," Grieving Wheel, 1961) and Jalaluddin Rumi ("Aşk Peygamberi," Prophet of Love, 1962). In all these esoteric biographies, she followed the footsteps of Samiha Ayverdi, the prominent Sufi writer of the 1950s.

Araz also wrote a history of Anatolian Muslim saints. She added a second volume to this, in which she wrote short biographies of the Anatolian female Muslim saints. She also worked on the traditional female clothing of the Turkish tribes in Anatolia. She collected her work in a volume titled, "Kırk Pencereli Konak" (Cottage with Forty Windows).

Araz worked as a journalist for decades but what she left behind were her plays. She wrote a dozen plays for the stage and the screen. She worked with the "Kent Tiyatrosu" run by Müşfik and Yıldız Kenter.

Araz suffered from Alzheimer's in her final years and died on July 26, 2009.