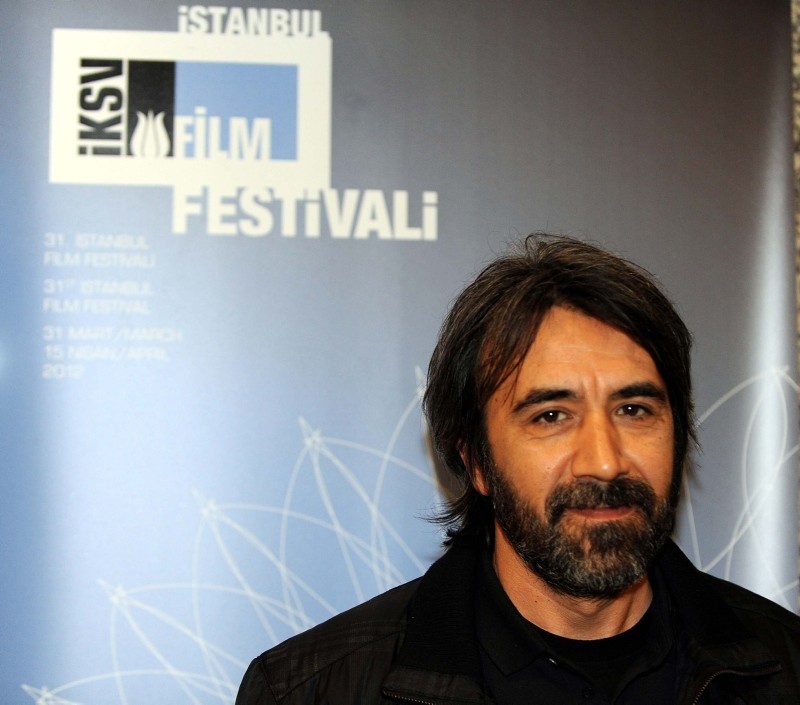 One of the most prominent directors of modern Turkish cinema, Zeki Demirkubuz has remained a phenomenon in Turkey's film industry since his debut film ‘Masumiyet' (Innocence), which has become an iconic film in the entire history of the industry

Turkish film scripts generally depend on a type of puritanism in which the audience can experience self-catharsis. In the typical film script, the main characters are good people with bad fates, the dilemma creating the drama. The good hero confronts the bad rival who is presented as half-human and half-devil to complete his destiny's circle, yielding the possibility of being good at the end of the day.

The New Filmmakers of the late 1990s, on the other hand, left the aforementioned composition of the good and the bad. Serdar Akar, the doyen of the New Film stream, wrote, produced and directed two indie films, "Gemide" (On the Boat) and "Laleli'de Bir Azize" (A Female Saint at Laleli), to show the dark side of everyone. Uğur Yücel shows the controversies of the good of common sense and the personal bad of the same characters in "Yazı/Tura" (Heads/Tails). It would not be an exaggeration to say that the new Turkish "art" cinema of the last 20 years is a tribute to the enforced bad of human kind. Though box office hits are still conventional cathartic films praising the good in people, minority art cinema has alternatively been praised by the intellectual audience. Most of that appraisal has gone to a single film director, Zeki Demirkubuz. Demirkubuz has remained a phenomenon in the Turkish film industry since his debut film "Masumiyet" (Innocence), which is one of the iconic films in the entire history of the same industry.

Zeki Demirkubuz was born on Oct. 1, 1964, in Isparta province. He enrolled in the secondary part of Gönen Teacher's School and then high school in Istanbul. Yet, he left school in the ninth grade. He worked as a pressman in a textile mill but was recruited by an illegal leftist political organization, which resulted in his being in prison for a few years and tortured after the Sept. 12 military coup in 1980.

Demirkubuz explained in an interview in The Guardian on Jan. 30, 2006, that his years in prison had a great impact on his future career as an artist: "Jail made me a film director." Demirkubuz was introduced to Dostoyevsky novels and other political and literary works by modern writers in Metris Prison, where he stayed for years with other political prisoners. His inclination toward crimes of passion could have been derived from his thoughts coming from reading such books.

Demirkubuz worked as a salesman in Anatolian towns after his release from prison. He returned to school to delay his obligation for military service. Thus, he obtained a high school diploma by passing the exams as an external student. After that, he enrolled in and graduated from the Faculty of Communication of Istanbul University.

His first job in the film industry was as the assistant of the famous director Zeki Ökten in 1986. However, he suggests that he didn't learn anything from Ökten or from the other directors he assisted until he directed his debut film in 1994: "C Blok" (Block C).

Demirkubuz does not like to present himself as a friendly person. He never hesitates to express negative feelings about other people. He says, "Except for one or two of them, I hate all filmmakers." He denies any artistic links to other directors. This may be due to his self-image as a "stranger," which he adopts from Albert Camus, and as a "lonely man," which he adopts from Dostoyevsky.

However, no artistic creation comes from nothing. The single-word names of his films such as "Masumiyet" (Innocence) and "Kader" (Fate) come from the names of Yılmaz Güney films, including "Baba" (Father) and "Yol" (The Road). The plainness of the drama in his films lacking colorful details is derived from the French New Wave of the 1960s. Finally, his main theme, the good but weak men versus the enforced badness of strong women, is a widely shared theme since the early 1980s in world cinema. 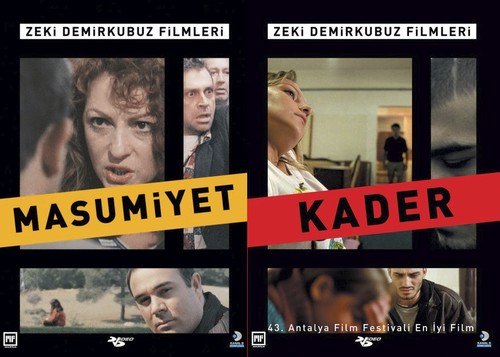 The single-word names of his films such as "Masumiyet" (Innocence) and "Kader" (Fate) come from the names of great director Yılmaz Güney's films.

Zeki Demirkubuz shocked the Turkish film audience with his first success, "Masumiyet" (Innocence, 1996), which was shown at the Venice Film Festival and brought him a special award at the Antalya Film Festival, where he lost the Best Film Award to Derviş Zaim's "Tabutta Rövaşata," which is a legend of the 1990s. "Masumiyet" tells of the metamorphosis of a young man who spent his best years in prison for a crime of passion. The film was harsh with its mean language, realistic view of prostitution and pessimistic approach to gender relations around such themes as love, hate, poverty, crime, passion, etc. "Masumiyet" (Innocence) ironically put an end to the innocence of Turkish film.

Unlike the New Filmmakers, Demirkubuz insisted on his personal narrow path and directed similar stories around pessimistic gender relations with crime and passion themes. "İtiraf" (Confession) and "Yazgı" (Destiny) focus on weak males against strong women, who at some point betray their partners because of the clash of their nature with social circumstances. Turkish feminists hate Demirkubuz because of this typical story, which in each film shows the female protagonist as a betrayer from nature.

In fact, Demirkubuz's point of view is not so limited. Though betrayal by the female protagonist annoys the audience, as it is a leitmotiv in the typical Demirkubuz film, the director is realistic and convincing in the story. In "İtiraf," the male protagonist nearly makes his female partner change their relationship by betraying him and getting pregnant by somebody else. Here, the betrayal is not the point. Demirkubuz's problem is the dynamic of the relationship, which is true for all of his films.

Many people think that the best Zeki Demirkubuz films are "Masumiyet" and "Kader," which are indeed twin stories or stories following each other. "Kader" (Fate) is something like "Masumiyet the Beginning." "Masumiyet" shows the last days of the ill-by-nature male protagonist against his bad, strong and struggling female counterpart. In the story, the prostitute and her lifetime lover would be univalent if the third character, the "Innocent" young man, who was imprisoned because he killed his aunt's lover for the sake of family honor, but he becomes the prostitute's pimp at the end. "Kader," on the other hand, shows us the youth of the clashing middle-age prostitute and her lover. Both are very young and innocent in different ways. Both are in love, though with other persons. The young and innocent boy loves the girl, and the girl is in love with some criminal. The later film helps the audience to learn the beginning story of the earlier film. Demirkubuz is always interested in fiction. Though he generally films his own scripts carrying slight adoptions from literary texts, he once filmed a long work of fiction by Nahid Sırrı Örik, a pessimist novelist that's like Demirkubuz in attitude, "Kıskanmak" (Envy), which was also a triumph. Zeki Demirkubuz has received awards on various occasions, most of which are at domestic festivals such as the Antalya and Ankara film festivals. Some of his films have been shown at international festivals such as Cannes and Venice.