As an indispensable female counterpart in the many Yeşilçam films, Turkish audiences were shaken by the recent death of the talented comedic actress Ayşen Gruda

Iconic duos have always worked in cinema. When the audience likes the mutual performance of two actors, producers often tend to make more films with the duo. Although, in the case of planned series, the pairing is not always accidental. Often, successful duos in romantic comedies and action thrillers are the products of good casting.

However, some pairs are iconic for not suiting each other, meaning they work because they don't match. We could say that Ayşen Gruda probably was not the best choice for Kemal Sunal in a typical comedy; yet, everybody enjoyed watching Gruda and Sunal clash from the very beginning until the end. Gruda generally has a crush on Sunal in the storyline, but he has other plans, and finally they go their separate ways. Indeed, Sunal always gets rid of Gruda and finds another partner, a prettier or richer woman.

Gruda was born on Aug. 22, 1944 in Yeşilköy, Istanbul. The house where she born was a mansion used previously as a military headquarters. She was the second of three daughters of the Erman family, the others being Ayben and Ayten, both actresses like their sister. Their father was a train driver, who died when Ayşen was in high school.

According to her family, Gruda was a funny girl. She mimicked their Armenian neighbors, who spoke Turkish in a peculiar way, to make people laugh. She maintained her cheerful and amusing attitude until the end of her life.

When Gruda was in the 10th grade, she left school and began working to help her family after her father died. After working several jobs, she took a minor role for Tevhid Bilge's touring stage.

Gruda acted on stage for 16 years. Although she never took a leading role, she was part of the stage actors' circle and knew everybody on stage. She had a serious relationship with Müjdat Gezen, a well-known comedian, but they broke up after a quarrel. After that, she married Yılmaz Gruda, a poet and actor. The couple had a daughter, Elvan, and got divorced after 11 years of marriage in 1976. She kept the surname Gruda after the divorce. She explained that the name was like a brand for her since she became popular as Ayşen Gruda.

Gruda was a good friend of Adile Naşit, another comedy icon of Turkish cinema. The two decided to participate in the core casting of Ertem Eğilmez films and so she stepped into Yeşilçam's limelight. 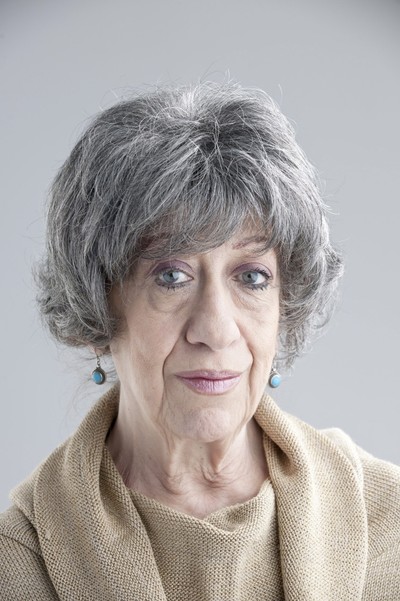 Ayşen Gruda often played ugly, chatty and self-absorbed young women who had crushes on their male counterparts, who did not show the same enthusiasm toward their relationship.

Gruda's first role for Yeşilçam was a straightforward but funny female student in "Hababam Sınıfı" ("Class of Idles") (1974). The film shows not only the talent of Ertem Eğilmez as a director, but the frankness and collectiveness of the actors, including Gruda. She acted in many films with the same or similar casts during the second half of the 1970s.

Gruda was generally paired with either Kemal Sunal or Şener Şen, which seems to have been the choice of audiences rather that of the filmmakers. People loved Gruda-Sunal and Gruda-Şen squabbles. Gruda often played ugly, chatty and self-absorbed young

women who had crushes on their male counterparts, who did not show the same enthusiasm toward their relationship.

A typical Gruda role is a unique blend of one-sided affection and lust toward her male counterpart. Though female lust was and is still a taboo and a cause for blame in Turkish cinema, Gruda's role was never taken as such, perhaps because of her failure to collect the fruit of her lust. Her characters always approached their male targets with a chatty, sarcastic attitude and used tactics of temptation ironically, which meant she was often not aware of her failure in seducing the young men. As a result, the audience saw Gruda's characters as crazy instead of enticing.

She was so aware of her reception by the audience that she toured with a one-woman play named "Madwoman" all around Turkey, just one year before her death. Elvan Gruda, the daughter of Ayşen and Yılmaz Gruda, wrote the script of "Madwoman." The play is homage to Ayşen Gruda's 55-year career.

Gruda played in many successful comedies between 1974 and 1985 but nearly left the film industry after that. She received major roles in nearly 40 films in 11 years but appeared only in 13 films for the next 34 years. Though never awarded in her youth, Gruda received several cinema awards in the 2000s for her long career. Ayşen Gruda died of cancer on Jan. 23, 2019 in Istanbul.