Derviş Zaim: 'Somersault in a Coffin' 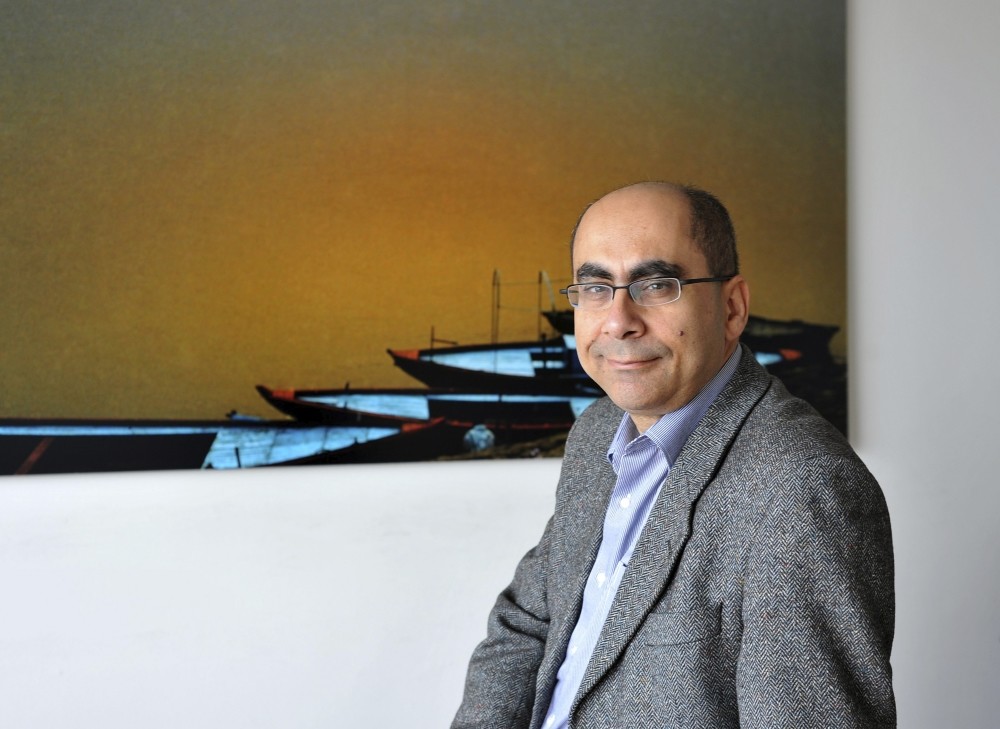 Derviş Zaim, who is of Turkish Cypriot origin, is a knowledgeable yet humble director. He actually did somersault in a coffin, just like his namesake film

Great productions require huge amounts of money. On the other hand, great films don't necessarily rely on money. Some cult films have come from nothing: No celebrities, no vast technical possibilities nor money. To make a good film essentially depends on talent and sacrifice by the crew and the cast. Cinematic miracles are always possible.

Melih Gülgen's "Tatar Ramazan" ("Ramazan the Tartar," 1990), Derviş Zaim's "Tabutta Rövaşata" ("Somersault in a Coffin," 1996) and Serdar Akar's "Gemide" ("In the Ship," 1998) are such miraculous movies shot with little money but helped their directors and actors became a part of cinema history.

Derviş Zaim's story is especially interesting. Zaim didn't have a desk or computer when he made his debut film "Tabutta Rövaşata." He lacked filmmaking equipment but had some old film. He thought that he could make a film with this if he worked fast and made a film in a very short time. However, the film was so old that he found that he wouldn't be able to finish the job. So, he decided to ask his mother for some money. He also convinced Tuncel Kurtiz and Ahmet Uğurlu to act for free in his film together with some other friends of Zaim. He used a cafe on the Bosporus where he was a regular customer, as the setting. Eventually, Zaim managed his own "somersault in a coffin" by making "Tabutta Rövaşata," a cult film of the 1990s.

Derviş Zaim is a Turkish Cypriot, who was born in Limassol in 1964. He lived with his family in Limassol until 1974 when they were obliged to leave their city forever because of Greek terror. As a Turkish boy living in Limassol, he was fond of watching TV shows in Greek, though he didn't understand the language. He was enchanted with the motion on the screen. Later he said, "It was fabulous to me that TV carried from one space to another and recreated it."

His last day in Limassol was frightening. The Greek Cypriots attacked the Turkish minority's homes and killed people. So, the Zaim family, like other Turkish Cypriots living in Limassol, hid in the basement of their house. Though the Greek gangs surrendered after the Turkish army freed the northern part of Cyprus, the Zaim family decided not to come out on the street to avoid becoming the target of any shootings. Instead they broke walls and moved from one basement to another in the neighborhood to run away.

At last, they took refuge in the garden of a hospital and left their hometown forever for Gazimağusa (Famagusta), where Derviş would live until he graduated from high school.

Zaim left Cyrus for Istanbul. He graduated from the Business Administration Department of Boğaziçi University in 1988. He moved to take a course on filmmaking. He made his first experimental video called "Hang the Camera" in 1991 in London. Meanwhile, he enrolled in a Cultural Studies program at the University of Warwick. He received his master's degree in 1994 from Warwick.

During his studies at Warwick, Zaim also wrote a novel called "Ares Harikalar Diyarında" ("Ares in Wonderland"), for which he received the Yunus Nadi Novel Prize, a prestigious literary award, in 1992. He also made a documentary film called "Caminin Etrafındaki Taş" ("Rock Around the Mosque") and several other documentaries for television.

'Somersault in a Coffin'

Zaim made his debut film, "Tabutta Rövaşata" ("Somersault in a Coffin") in 1996. The film was cheap in aspects of production, yet a masterpiece for its humanistic, delicate and respectful language, minimalism and humor. 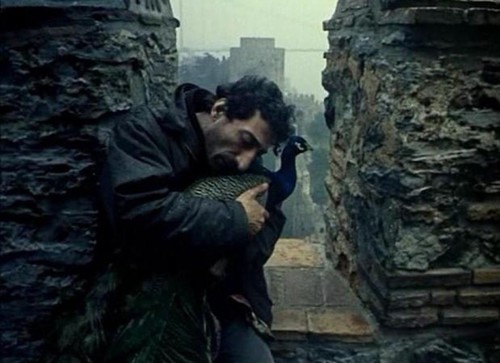 Ahmet Uğurlu, the leading star in the film "Somersault in a Coffin."

Zaim made his second film, "Filler ve Çimen" ("Elephants and Grass," 2000), which collected many awards from the Antalya Film Festival. The jurists granted "Filler ve Çimen" six separate awards, including Best Director. This was a great turn for Zaim. Now, he was considered one of the leading filmmakers in Turkey.

"Filler ve Çimen" was the first of a series of films by Derviş Zaim where the script was influenced by classical Turkish art. The film somehow revolved around the Turkish art of marbling. "Cenneti Beklerken" ("Waiting for Heaven," 2006) is a historical film related to Turkish miniature art, while "Nokta" ("Dot," 2007) is connected to the Turkish art of calligraphy. All three films have independent scripts, yet they have something to do with the mentioned arts as well.

One of the most successful films by Zaim is "Gölgeler ve Suretler" ("Shadows and Faces," 2010) which is about both the Greek-Turkish dispute in Cyprus and Turkish shadow puppetry art. The film is a sensitive and honest film about political disputes with a richness and depth of character. According to "Gölgeler ve Suretler," both good and the evil reside in human beings and people can change depending on conditions and their personal experiences. Derviş Zaim is a humble, witty and thoughtful person. In his films, he is chasing justice and beauty in human nature. He is a good writer, too. He teaches cinema at various universities in Istanbul.