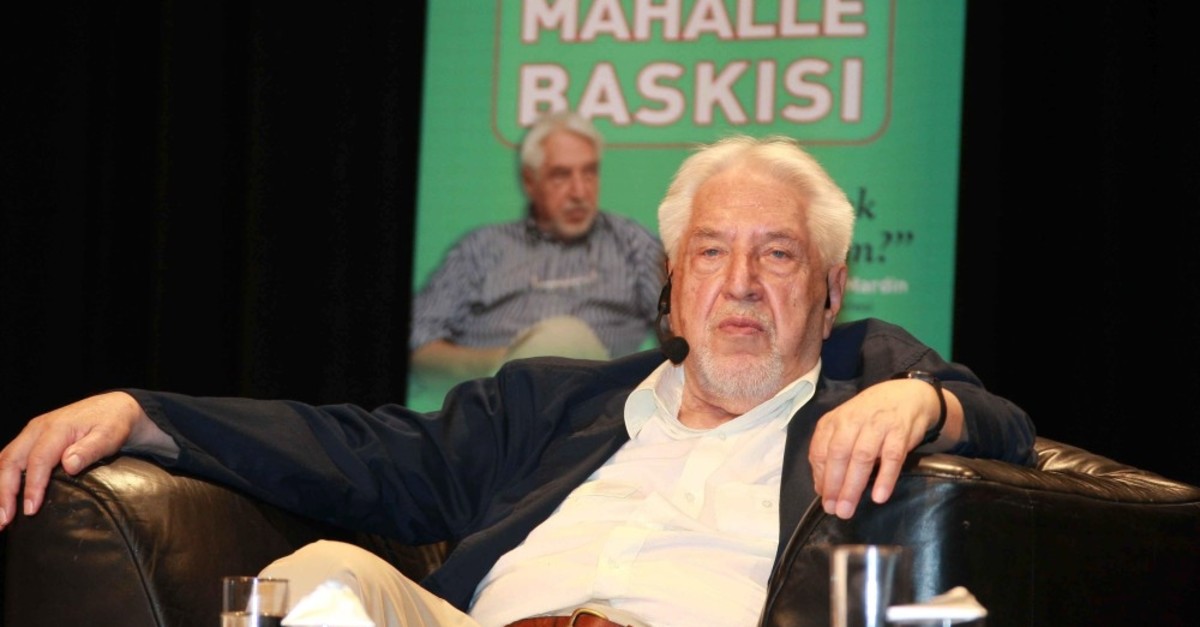 Born and raised in a respected family that contributed to academics and law, Şerif Mardin put an indelible mark in academic history with his profound body of works scrutinizing the effects of religion and culture on the transition period from the Ottoman Empire to the Republic

Turkish and Western histories have many things in common besides some critical differences including that the Turks have never experienced such a political system as feudalism. The sultans had not worried about any barons, dukes, et cetera. The only aristocratic family was accepted as the ruling dynasty such as the Ottomans and Seljuks. But, even the family members of the Ottomans and Seljuks did not have any aristocratic privileges against the ruling sultan.

However, Turkish history offers notable families, most of which could not have continued their position in the classical cities they originated from. These were actually the guardians of local towns and cities for military and financial reasons.Furthermore, there were the sharif families. Though the word "sharif" means "noble" or "highborn" in Arabic, its use in Turkish is limited to the meaning that points at one's kinship with the Prophet Muhammad. The Turkish word "eşraf" (plural of sharif) was an official title given to certain families, which were officially accepted as the relatives of the Prophet Muhammad. They were paid by the Ottomans through foundations in exchange for their services as social stakeholders. Indeed, the "eşraf" worked as the legitimizers of the Ottoman regime in local places.

Many eşraf families remember their past, but only a few are publicly recognized. Perhaps, one of the most renowned eşraf families is the Mardin family. Ebülula Mardin was a prominent legal scholar, while the Grammy-winning music producer Arif Mar

din was a member of the family, too. Betül Mardin is the first public relations consultant in the Turkish banking business. And Şerif Mardin was the Turkish-American sociologist known for his work on Turkey and Islam.

Şerif Mardin was born in Istanbul in 1927 to Şemsettin and Reya Mardin. Şemsettin was a Turkish ambassador, while Rena was the daughter of Ahmed Cevdet, the publisher of İkdam newspaper.

After completing his master's in the U.S., Mardin took a job at the Political Sciences Faculty in Ankara, which was founded under the influence of the American academia. However, after a short while, he returned to the U.S. and worked at various universities including Harvard and Princeton.

In 1961, Mardin returned to Ankara and received a permanent job at the Political Sciences Faculty. He worked there until 1973. Meanwhile, he produced his early works on the sociology of religion. Unlike many of his peers, Mardin tended to use a more

understanding approach than an explanatory approach to the subjects of his research. This drew the path of his fate as a thinker. The close environment at Ankara University would not support him in trying to understand traditionals aspect of society and Islam. They were certain that Islam passed away, while secularism was the reality. Time, however, would erase their names while Şerif Mardin's name would be labeled together with the sociology of religion and religious groups.

Şerif Mardin, like many of his peers, was enthusiastic about politics in the late 1950s and early 1960s. He wrote many political articles for Forum, which was the voice of the Turkish liberals. Mardin always defended individualism, liberalism and condemned what he called "the pressure from the neighborhood." Mardin thought that Turkey's development would depend on individualism and immunity of personal property against state interventions of any kind.

Mardin examined the Ottoman period, the Young Ottomans and Young Turks movements and Islamism for those two aspects; whether all these helped the individual was enriched or impoverished, and whether there was pressure from close relations, which Mardin called "the neighborhood."

freedom was the consequences of Kemalist reforms, which needs fact checking.

Şerif Mardin moved to Istanbul in order to found the Economical and Political Sciences Faculty of Boğaziçi University, the former Robert College, in 1973. Boğaziçi was an opportunity for him as he could place his ideas as the Founder Dean of the Faculty. He worked at many Turkish and American universities and research centers including Ankara, Boğaziçi, Sabancı, Şehir universities and the American University in Washington, D.C.

Mardin produced dozens of articles, mostly written in English and published at American social science journals, which have been translated into Turkish and collected under several volumes in Turkey.

Mardin was the founder chairman of the Turkish Social Sciences Association. He was honoured twice, first by the Middle East Technical University in 1993 and second by the Turkish Sciences Academy (TÜBA) in 2016. He was an honorary member of TÜBA. Şerif Mardin died on Sept. 6, 2017 in Istanbul.