Mihr Khatun: 'I gave my heart to you at first sight' 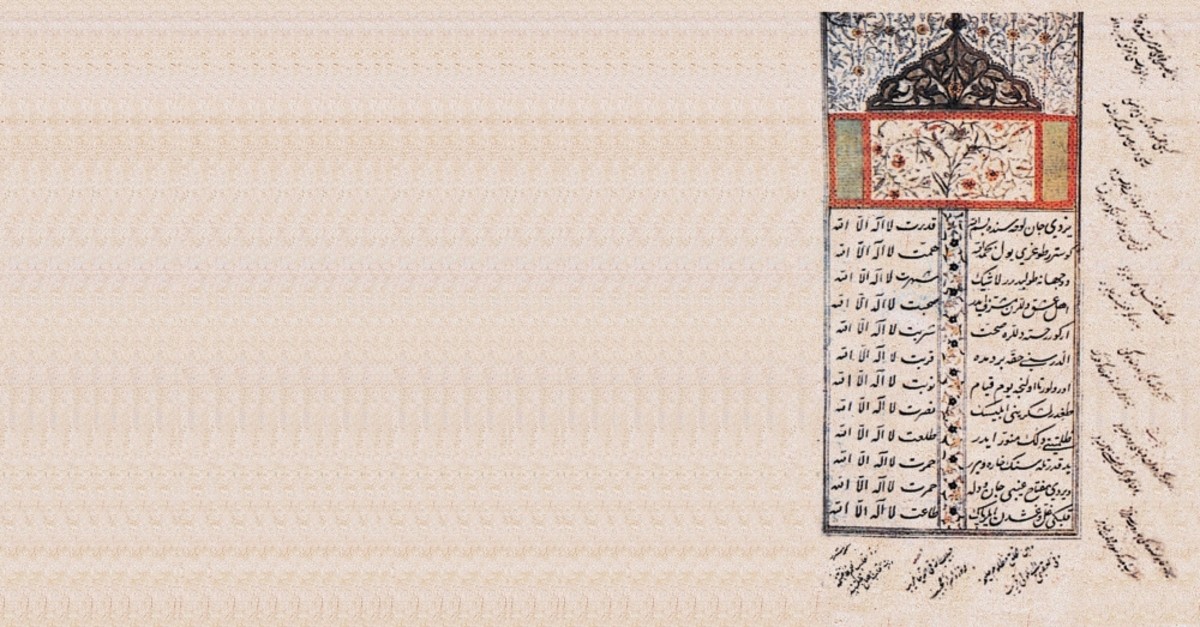 Born in the 15th century during the Ottoman Empire in the province of Amasya, Mihri Khatun was a skillful divan poet famous for her beauty, romances and remaining single her whole life in a conservative community

Ottoman court meetings mostly excluded women, despite the fact that female sultans ruled or helped rule the state during the long 17th century. The Ottoman tradition for court meant men meeting men in the sultan's presence. Often, the place for a woman was at home, and women went out only for special occasions, including shopping, family visits and weddings.

However, provided that the Ottoman way of life was a combination of adopted Islamic traditions and the Turkish traditional lifestyle, women were not completely passive. The passive view has lately been scrutinized for being an Orientalist caricature. Indeed, women frequented public spaces, directly or indirectly, and engaged in social, cultural and economic affairs. As for literary careers, more than 50 female poets, 5 percent of the era's poets, were recorded in the Ottoman era. Though rare, being a female Turkish poet during Ottoman rule depended on the privilege of literacy, rare even for men. Beginning with Zeynep Khatun and Mihri Khatun in the 15th century, the Ottoman court occasionally hosted female poets.

Mihri Khatun was born in Amasya, then the base for the Ottoman shahzades, in the second half of the 15th century, when the Ottoman power was on the rise. The exact date of her birth is not known, though there has been speculation that she was born sometime between 1456 and 1460. According to her own account, Mihri was the daughter of Hasan Amasyevi, the qadi of Amasya. Hasan Amasyevi was also a poet, "Belayi" ("Troublesome") being his pseudonym. Mihri's great-grandfather was Pir İlyas Şücaeddin, a sheikh of the Halwatiyya Sufi order, who died in 1410.

Evliya Çelebi, the famous Ottoman traveler and writer, recorded that Mihri's real name was Mihrimah and she used "Mihri" as a pseudonym in her poems. The other Ottoman biographers only noted that she was a known poet. There is a consensus on her being a figure that attended literary meetings held at the shahzade court in Amasya. During Mihri's life, Bayezid II, the son of Mehmed II the Conqueror and Ahmed, the son of Bayezid II who was never crowned, spent some time in Amasya as governors.

Ottoman biographers have implied that a love affair occurred between Mihri Khatun and İskender, the son of Sinan Pasha, which is reflected in the frequency of the name Alexander ("İskender" in Turkish) the Great in her poems. Aşık Çelebi, a 16th century qadi famous for his collection of literary biographies, notes that she had another affair with Müeyyedzade Abdurrahman Efendi, also a poet known as "Hatemi."

Mihri was noted as a beautiful lady, and many of her biographers praise her decency. However, there are some implications about her love affairs, which have no material proof. On the other hand, she never married and had no children, which is unusual for a provincial Ottoman community like Amasya. Indeed, there was some gossip concerning the female poet's private life. Aşık Çelebi tried to stop the rumors by saying, "Though a very pretty lady, she married no one, gave birth to no child; born as a virgin, died as a virgin."

One of the notables

Mihri was well-educated thanks to her family being notable in Amasya province. She had some knowledge about Arabic and Persian, and she also read many literary works of her time. Yet, her poems are in simple Turkish and can be understood by anyone accustomed to poetry.

Though her father was a qadi and great-grandfather was a sheikh, Mihri's poems are not puritan and mostly reflect affection toward her male lover. Her approach was not out of ignorance since she had received a sufficient religious education from her father, who was the religious authority in the province. Mihri's earthly lyricism was her choice.

Evliya Çelebi says that Mihri also wrote some small works on Islamic law and morals, which have not survived to the present. Contemporary commentators think that Evliya was exaggerating or that it was a joke from the beginning. I think that Evliya Çelebi was serious but what he did was a guess or cover. Either he assumed that Mihri should have written on religious matters depending on her knowledge she acquired from her father, or he was trying to save Mihri from the sexual rumors against her. The only thing we can say is that Mihri's only work that has survived to today is her divan, which consists of poetry only.

Mihri's poems are full of energy, humor, love and wit. Unlike her male peers, she rarely reflects her vast knowledge in her works. Her persona is earthly, loving and warm, while other poets chose to portray themselves as know-it-all intellectual personas. Mihri's skill was also influenced by her apprenticeship with Necati Beğ, the best lyric poet of the 15th century. Necati liked to show his talent through phrases not ideas. His poems are full of movement, and he reflects daily life and uses many common phrases.

Mihri continued her master's energy in a livelier manner. Some biographers criticize her having "intimate expressions," which implies some bodily affections. Though not seductive in the modern sense, Mihri did not shy away from showing her femininity.

Mihri Khatun died in the last part of the first decade of the 16th century. Centuries later, the International Astronomy Union named a crater on Venus after Mihri. They called it "Khatun," referring to the classical Ottoman poet. A European jewelry company named a special piece after her, scripting one of her lines behind the piece: "I gave my heart to you at first sight."