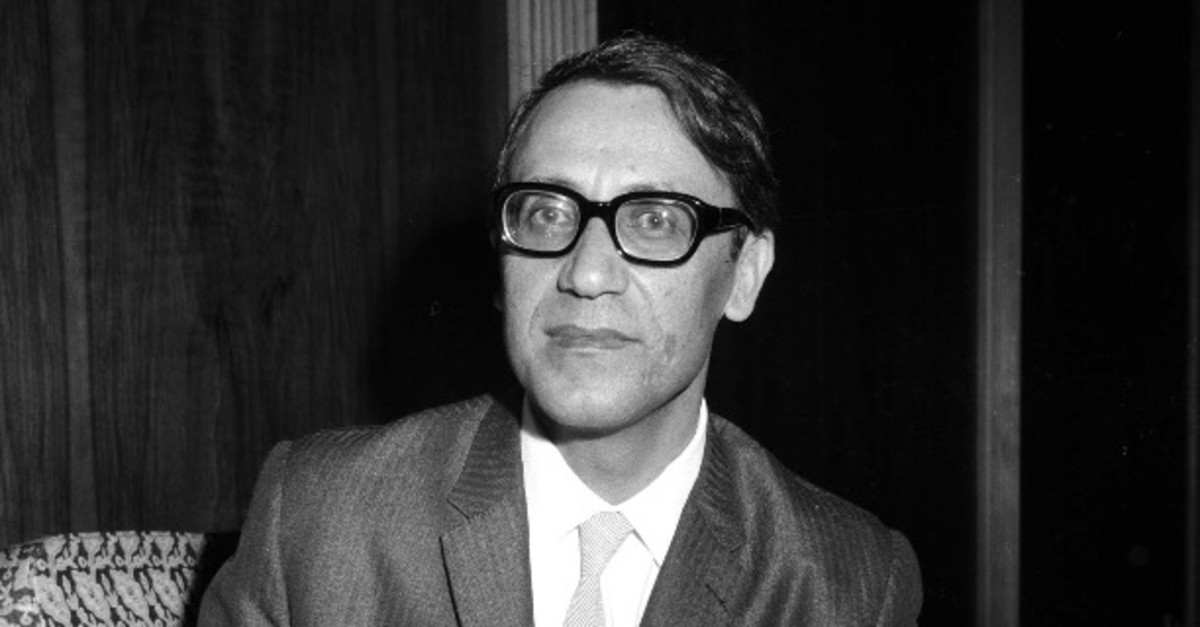 An influential politician in Turkish history, Ahmet Ferruh Bozbeyli passed away on July 28 at the age of 92.
by Hakan Arslanbenzer Aug 02, 2019 12:30 am

A young lawyer, who was involved in the Yassıada Hearings after the 1960 coup, Ferruh Bozbeyli defended the imprisoned politicians of the overthrown government. He also tried to save the dignity of the Democrat Party (DP) and followed that by joining politics with DP's successor Justice Party

Dynamic politics require young faces in contrast with the old. Especially in transition periods or in periods of crisis, voters tend to lean toward younger politicians who are expected to change the climate and give people hope for the future. Turkish politics have suffered such occasions of transition and crisis since the Young Turks dethroned Abdülhamid II, the powerful old sultan of the late 19th and early 20th centuries, who ironically was crowned when he was in his early 30s. It wouldn't be an exaggeration to say Turkish politics have witnessed repeated clashes between generations.

Mustafa Kemal Atatürk was only 39 years old when he was elected the chairman of the Grand National Assembly, which was the highest political position during the War of Independence. Today, generally elders of the parties represented in Parliament run for the same post.

İsmet İnönü was also 39 when he was assigned as the first prime minister of the Turkish republic, though he represented old school politics against Bülent Ecevit, the young prince of the People's Republican Party during the late 1960s and early 70s.

Ecevit started his political career as a member of Parliament at age 33. 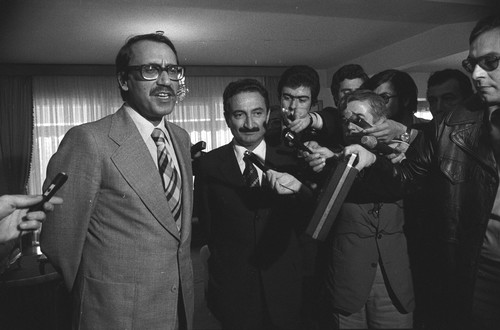 It's an interesting fact that right-wing politics of Turkey adored young politicians more than the left-wing. No other young candidate could have seen the same success gained by Ecevit against his senior rival through the Republican People's Party congresses. Ecevit defeated all his rivals, whether younger than him or not. Erdal İnönü did the same throughout his short political life. Deniz Baykal lost three times against İnönü. However, Baykal defeated his younger rivals for about 20 years until his scandalous resignation in 2010.

On the other hand, right-wing or conservative politics in Turkey have offered more young leaders than its "progressive" rival. Although Adnan Menderes, the first democratically elected conservative prime minister of Turkey, was in his early 50s when he received the post, there have been many young party leaders within the framework of conservative politics. Süleyman Arif Emre founded and chaired the New Turkey Party when he was 38, while Süleyman Demirel became the chairman of the Justice Party at 40. Necmettin Erbakan founded National Order Party when he was in his early 40s.

However, youth in right-wing politics has always been remembered by a single name: Ferruh Bozbeyli, who was elected as a member of Parliament and chairman of his party group at Parliament at age 34, later becoming the chairman of the Turkish Grand National Assembly at 38.

Ahmet Ferruh Bozbeyli was born in 1927 in the Pazarcık subprovince of Kahramanmaraş as the first child of Sıddık Bey and Firdevs Hanım. He had three siblings, namely Şaziye, Recep and Galip. He also had two half-brothers from his father's later marriage after his mother's death. Sıddık was a public servant. Ferruh Bozbeyli married Güngör Hanım from Afyonkarahisar and had two sons with her, namely Mehmet and Emre.

Bozbeyli was schooled in Islahiye, İskenderun and Antakya before he served two years in the army between 1947 and 1949. After his military service, Bozbeyli moved to Istanbul to enroll in the School of Law. As a poor university student, Bozbeyli had no financial support from his family. So, he began to stay at an unofficial madrasa in Fatih, in old Istanbul. The environment and human relations of this madrasa greatly affected him. Raised in a religious and conservative family, the religious atmosphere of the Fatih district influenced his feelings toward the poor and religious people of Turkey.

During his studies at the School of Law, Bozbeyli worked as a public servant for the Municipality of Istanbul and earned his livelihood with that job until his graduation. He also played extras for some Yeşilçam films. He played uncredited roles in such films as "Yavuz Sultan Selim Ağlıyor" ("Cries of Selim the Steadfast") (1952) and "İngiliz Kemal Lawrens'e Karşı" ("British Kemal vs. Lawrence") (1952).

On the other hand, Bozbeyli's concern was politics from the very beginning. He was elected chairman of the Student Council for the School of Law. His first political activity was leading protests against Istanbul State Radio, which didn't stop playing music on the death of Fevzi Çakmak, the religious head of General Staff who served from 1924 to 1944. The conservative youth was angry with the fact that the government didn't declare a national mourning for Çakmak's death. Bozbeyli was jailed for two weeks after the protests.

Bozbeyli met some religious intellectuals and Sufis in Istanbul. He used to go to the preaching of Abdülaziz Bekkine, the legendary leader of the Naqshbandiyya order, where he made friends with Nurettin Topçu, a prominent nationalist-conservative philosopher. Bozbeyli said in an interview that: "Topçu spoke words he had never heard before. All his thoughts were new." In later years, Bozbeyli met other outstanding conservative intellectuals like Zahid Kotku, Samiha Ayverdi, Necip Fazıl Kısakürek and Ali Fuat Başgil. Yet, he also liked to read other type of writers such as Sabahattin Ali, a leftist novelist.

After graduating from law school, Bozbeyli began working as a private lawyer. Yet, he decided to defend imprisoned politicians from the Democrat Party after the severe military coup. It was a matter of courage to defend those politicians at the time because the prosecutors and judges were all military and the lawyers of the imprisoned politicians were perceived as the defenders of the overthrown government. Indeed, they were both trying to save their clients from prison and also to find a way to defend the values of the overthrown Democrat Party government.

The Justice Party was born out of the ashes of the Democrat Party, while Bozbeyli found himself involved in conservative politics directly. Though he had joined and worked actively in conservative associations since his university years, his involvement in the Yassıada Trials made him a politician.

Bozbeyli joined the newly founded Justice Party and was elected as a member of Parliament from the party's rows in 1961. Thanking to his youth and courage, his party elected him as the group chair at Parliament, which he left for another post, namely deputy chairman of the Turkish Grand National Assembly as the Justice Party's representative.

As the Justice Party won majority at the Turkish Grand National Assembly, Bozbeyli was also elected as the youngest chairman of the assembly. He would be elected twice more for the same position in 1967 and 1969. Yet, his ambition was not to receive posts. He tried to regain the dignity of Democrat Party politicians, whom he defended as an attorney in the Yassıada court previously, as the chairman of Parliament. His party backed this idea, and they submitted a motion at Parliament. According to Bozbeyli, Süleyman Demirel, the leader of the Justice Party, feared the reaction of the military chiefs and tried to prevent Bozbeyli from putting the proposal for vote. Bozbeyli did his motion anyway, and the Justice Party group voted for the return of the dignity of the previous Democrat Party members, which was canceled by the Senate under military control.

Bozbeyli became an internal rival against Demirel after that incident and backed the "41s" (41 adversarial members of parliament in the Justice Party) movement, thus, resigned from his post as the chairman of the Turkish Grand National Assembly and ended his membership at the Justice Party in 1970. The 41s founded the Democratic Party as a new right-wing party with more loyal feelings toward the Democrat Party and its executed leader, Adnan Menderes.

In 1973, Bozbeyli was elected as a member of parliament from the Democratic Party ranks, which would be his last official post before the split and collapse of the Democrat Party against Demirel's Justice. He quit active politics in 1978. He chaired the board of directors at a bank until his retirement.

Bozbeyli wrote several books on politics and economic development. He also authored a book on his own approach to politics, namely "Demokratik Sağ" ("Democratic Right"). He also authored his political memoirs. Ferruh Bozbeyli died in a hospital on July 28, 2019. His body was buried at the State Cemetery in Ankara after an official ceremony before the Turkish Grand National Assembly and his funeral was held at the Ahmet Hamdi Akseki Mosque.