Şule Yüksel Şenler: A pioneering Muslim woman of her era 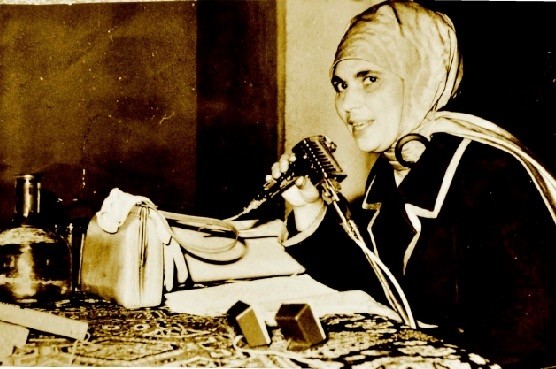 An influential Muslim writer in Turkish history, Şule Yüksel Şenler was the first woman to introduce the hijab concept to urban daily life and struggled for religious freedom in a chaotic era following a military coup

The youth of the 1960s all around the world sought freedom; however, this freedom was not a unilateral concept. Often, the demand for freedom referred to giving civil rights to minorities, including equality before law. Yet, in some countries like Turkey, the resistance to tradition of the social majority served as a genuine theme for the struggle for freedom.

There was an ironic situation in Turkey during the 1960s concerning the concept of freedom. The irony was that the junta, namely the National Unity Committee, claimed that they brought freedom to society through the military coup they launched on May 27, 1960. Furthermore, the Constitution adopted in 1961 under the coercive impact of the Turkish Armed Forces was seen as the protector of civil rights and equality.

The army's ironic "freedom-bringing" role was supported by an intellectual minority, although the majority of Turkish society was tending to support to more conservative civil politicians who proposed a soft and eclectic combination of secularization and religious values. It was the first time Islamic traditions were defended under the topic of freedom of religion. New concepts bring new attitudes and expressions of thought. Similarly, the freedom concept of the 1961 Constitution brought a modern kind of Muslim youth. They were standing at the intersection between the accelerated secularization of urban life and classic Islamic beliefs. 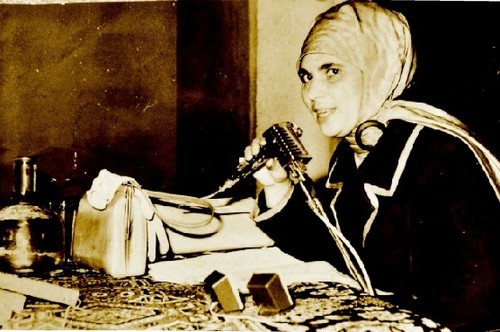 After wearing the headscarf, Şenler became a very popular political activist among conservative circles and spoke to people at numerous events.

Also, there was a special problem for religious young women, who had never been defined or even seen by the secularist authority. A young man could continue religious practices in or beside the secular urban life without being hindered by secularist restrictions. However, a young woman was obliged to make a choice between hijab and secular public life, including official schooling and professional careers.

A few young women stepped up to the plate and started the struggle for religious Muslim women's freedom in public. Two of the most famous examples of these ladies include Şule Yüksel Şenler, who first popularized hijab in urban life in the second part of the 1960s, and Hatice Babacan, who caused a severe social conflict to arise by attending a class at the Ankara University Faculty of Theology and putting her headscarf on in 1967.

Şule Yüksel Şenler was born Yüksel Şenler on May 29, 1938 in Kayseri to a family of Turkish-Cypriot origin. She is the third of six children of Hasan Tahsin and Mihriban Ümran. Tahsin was then working at the Sumer Factory in Kayseri, but the Şenler family moved to Istanbul when Şule was six years old and was schooled in Istanbul. Unfortunately, she had to leave school in the seventh grade because her family's economic condition collapsed, and her mother had a heart attack. Afterward, she had to do housework for her parents and siblings, but she was still fond of reading. She read whenever she had spare time. After a while, she began to write short, sentimental stories. Meanwhile, she began working at a female tailor shop, and she learned how to design women's clothing from her Armenian tailor master. Years later, Şule Yüksel would design a headscarf unique to herself, named by her adversaries as the "Şule baş" (Şule head).

The Şenler family was an urban family who tried to adopt the secularist lifestyle offered by the rulers of those days. However, one of Şenler's brothers, Özer, was not keen on the idea. He was a young, religious man who was a regular at the house gatherings of the followers of Said Nursi. Şenler once said that her brother influenced her to become religious. Nevertheless, she emphasized that her brother offered her advice, not pressure as claimed by the secularist media. Özer insisted that she wanted to attend the "Nurcu" — the special name given to Said Nursi followers meetings, and she did. After some time, she also began saying Muslim prayers. During her conversion into a religious state of mind, Şenler became a writer and columnist for newspapers and literary journals. Her stories were published by Safa Önal, a prominent scriptwriter. She was already writing a youth column for Yeni İstanbul (New Istanbul) newspaper, where she met famous writers such as Peyami Safa. It was at this time that she first added "Şule" to her name to state her gender since "Yüksel" is a unisex name in Turkish. She also wrote a column for the Kadın Gazetesi (Ladies' Newspaper) published by well-known poet Faruk Nafiz Çamlıbel.

The first of her kind

In 1965, Şenler decided to wear the Islamic hijab to make her appearance reflect her beliefs. This soon became a political activity since she was not a silent moderate citizen, and had always been an activist. In the 1950s, she used to read poems and give speeches to crowds at street meetings held to support Turkish Cypriots during the Turkish-Greek controversy in Cyprus. Furthermore, she was a member of the Justice Party (AP) after the 1960 military coup and acted as the chairwoman of the party's culture branch in Istanbul's Bakırköy district. After wearing the headscarf, Şenler became a very popular political activist among conservative circles. While she continued writing columns for popular newspapers, she also began speaking to people at numerous events. Now, Şenler was a unique spokeswoman who represented both the religious majority and the women who sought freedom to wear the hijab.

Secular resistance and beyond 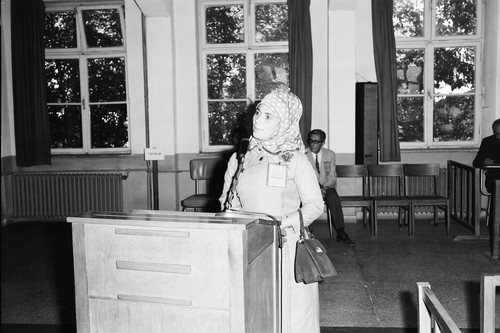 In 1967, the Turkish Women's Union sued Şenler for an article she wrote where she said, "It's a must that Muslim women put on their headscarves." During the following years, she was charged and sentenced to prison several times. These charges never made her hesitate about writing her thoughts and giving speeches, especially to women. Şenler wrote some very popular novels and nonfiction volumes during this time as well. "Huzur Sokağı" ("Peace Street") is considered to be her best work, selling more than 1 million copies. The novel was adapted to the screen twice. Prominent filmmaker Yücel Çakmaklı made a white screen movie under the title "Birleşen Yollar" ("Intersection of Ways") based on Şenler's bestseller in which Türkan Şoray and İzzet Günay played the leading roles. Also a TV-series was made based on "Huzur Sokağı," which aired for 67 episodes between 2012 and 2014.