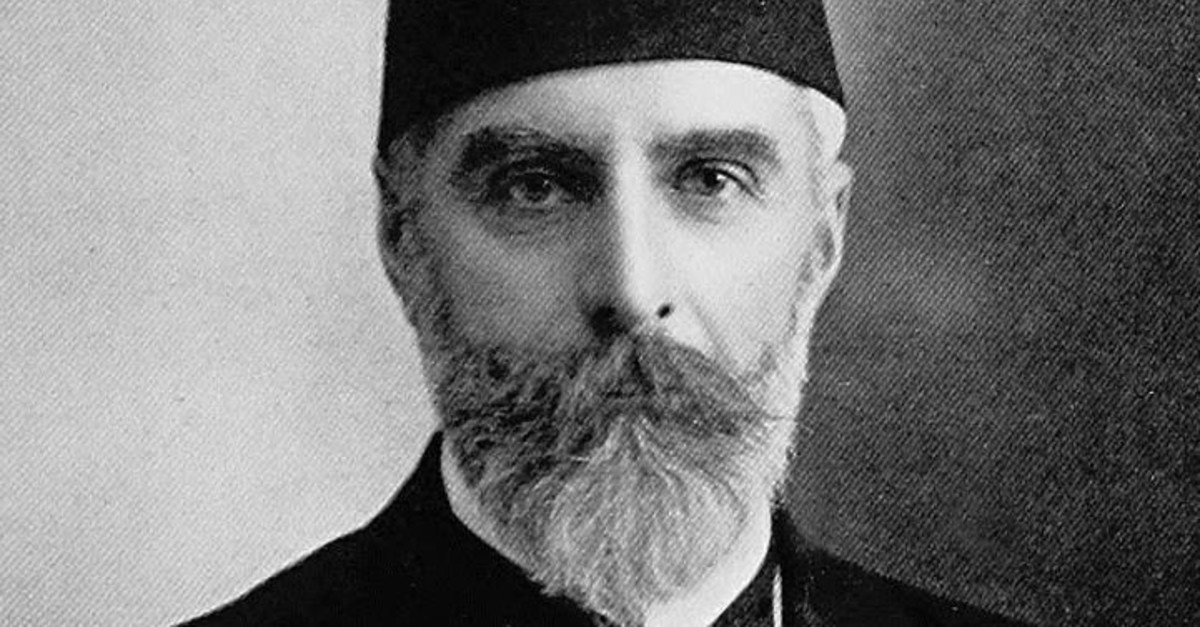 Ahmet Ru0131za helped the War of Independence by propagating the ideas of Mustafa Kemal in Paris beginning with June 1919.
by Hakan Arslanbenzer Sep 06, 2019 12:18 am

One of the founders of the Committee of Union and Progress, which was the driving force behind the constitutional monarchy, Ahmet Rıza was a man of thought who found the means to merge it with action within the organization

The Committee of Union and Progress was the groundbreaking body of the Turkish political tradition and made a major contribution to the foundation of the Turkish Republic out of the War of Independence against the Western occupation forces, though the Committee has always been scrutinized because of failing to bring freedom promised before the 1908 revolution and has also been accused of splitting the Ottoman Empire. "Unionism" is today mostly a bad synonym for opportunism, partisanship and political ineptitude.

Besides the criticism concerning political ineptitude, the Committee of Union and Progress has also been a symbol for philosophical barrenness. It's a general belief that the members of the committee were political pragmatists, who never left enough space for thought and criticism. Indeed, this is true to some extent. If we said that they hadn't thoughts but formulas for activism, this wouldn't be an exaggeration. Though the committee was formed at higher education institutions founded by Sultan Abdülhamid II, most of the committee members were not good readers. Many founders and leaders of the revolutionary Committee including Talat Pasha, Bahaattin Şakir and Dr. Nazım were innate politicians or warriors, but they were humble thinkers. On the other hand, Ahmet Rıza, one of the founders of the committee, was a man of thought rather than a professional activist. According to professor M. Şükrü Hanioğlu, a doyen of Young Turk history, Ahmet Rıza represents the intellectually strong wing of the Committee of Union and Progress, which, again according to his opinion, was defeated by the other wing including the "party organizers," after the reorganization of the committee in 1905-6. Ahmet Rıza became an opponent of the committee after World War I; however, his founding role in the organization has been recorded by history.

Ahmet Rıza was born in 1858 in Istanbul. His father Ali Bey was a member of Şura-yı Devlet (State Council) and Meclis-i Ayan (Council of Notables). His friends liked to call him "İngiliz Ali Bey" (Ali Bey the British) because he was fond of wearing British-style clothing. Ahmet Rıza's mother was Naile Hanım, who was the daughter of a convert family of Austrian descent.

Ahmet Rıza was schooled at Beylerbeyi Rüştiyesi (secondary school) and Galatasaray Sultanisi (high school). In addition, he was privately tutored at their home at Beylerbeyi and received Western culture through his mother. He worked as a translator at the Translation Office before he quit and visited his father, who was in exile in Antalya. He was affected by the poverty of the Anatolian villagers; so, he decided to contribute to the agriculture of his country and went to Paris to enroll at the Agricultural Engineering Faculty. After graduating from the Agricultural Engineering Faculty, Ahmet Rıza returned to Turkey as a specialist agriculturist. He worked as a public servant at the Ministry of Agriculture for some time. Meanwhile, he tried to establish an agricultural enterprise depending on modern agricultural machinery, yet he failed to do so. After that, he changed his mind about the poverty of the villagers. Now, he was thinking that the real cause for their poverty was a lack of education. So, he became a public servant at the Ministry of Education. He was assigned as the Director of Education in Bursa province. After four years endeavors, he again changed his mind and returned back to his father in Antalya.

In 1889, Ahmet Rıza visited Paris for the centenary of the French Revolution. He decided to stay there and continue his education. He knew about Auguste Comte's philosophy, namely positivism, already when he was in Turkey. In Paris, he followed some lectures at the Sorbonne University to improve his knowledge. He was loyal to the "order and progress" motto of Comte. He also joined the Positivist Association and wrote articles in the journal of the association in order to prove that Islam, as a religion, was not an obstacle against progress. It may seem weird to us now since we assume that Islam and positivism cannot be combined. But Ahmet Rıza never found any dichotomy between the two.

The Ottoman State called Ahmet Rıza back after a conference, where he used "extremely liberal expressions" about the situation of the Ottoman women, in 1891. However, he chose to stay and wrote a letter to the officials stating that he was member of no secret organization and he only worked for the benefit of his country in Paris. It's also interesting that he asked the Abdülhamid II government for money to continue his studies at the university. He was studying the progressive history of nations, which yielded a memorandum written for Abdülhamid II himself. The Sultan encouraged him to continue his studies and to write his thoughts to him; and so did Ahmet Rıza. He also wrote other memorandums for the Grand Vizier of the time.

Abdülhamid II saw that Ahmet Rıza was shifting toward the committee. He sent men to convince him to return back, but Ahmet Rıza didn't obey to Sultan's call and stayed in Paris to publish his articles in Meşveret (Consultancy), which reflected the political position and intellectual situation of the Committee in Paris. Now, he was the leader of all of the Unionists in Europe.

Ahmet Rıza was not an innate revolutionary. His affiliation with the Committee of Union and Progress was only that he saw an opportunity to realize his thoughts through the activism of the committee. He thought that public education relying on secular and positivist principles should be the base for progress. On the other hand, he was against any kind of violence to realize any thought. Though his ideas were radical, he had a liberal personality, which caused him to split from the committee in years. He also opposed any offer of foreign intervention in Ottoman politics, although it might have been useful against the sultan.

After 10 years of affiliation, Ahmet Rıza became an opponent of the Committee of Union and Progress in spite of the fact that they invited him to Istanbul after the 1908 revolution and he was welcomed as "the father of liberty."

Ahmet Rıza helped the War of Independence by propagating the ideas of Mustafa Kemal in Paris, beginning in June 1919. After the Treaty of Lausanne, he returned to Istanbul in 1926. He left politics and began to write his memoirs and the history of the Committee of Union and Progress in his family mansion in Vaniköy. He fell and broke his hip on Feb. 26, 1930. He was hospitalized but couldn't survive and died on the same day. His grave is in Kandilli Cemetery. His books were published posthumously.