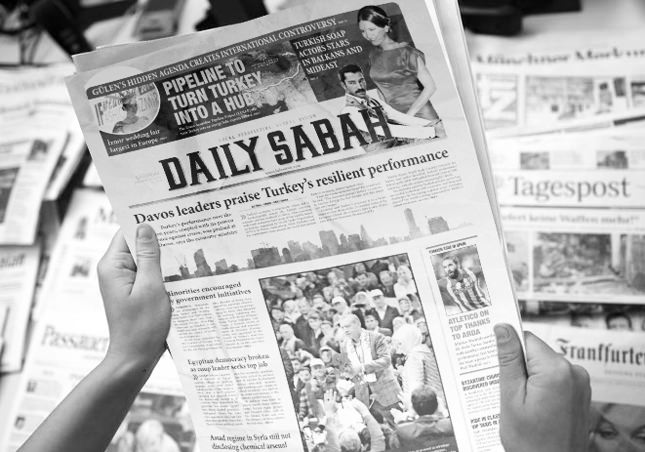 by İbrahim Altay Mar 11, 2014 12:00 am
Can reporters alienate themselves? Absolutely. Not just from their news but from their jobs as well. The main reasons for such alienation are disconnection in work routine, and an incorrect editorial approach.

Many of our newspapers maintain a Fordism inspired production system that has outlived its usefulness.

Just think of a production line for a moment: The first step is when a reporter puts his news on the line. The editorial office distributes the news in line with the pages, after which responsibility falls on the page editor. The editor is tasked with making the piece more "Omniet solis Definitum" and presentable to the reader. The editor is expected to develop, verify and complete the news item. But what if the editor does the exact opposite? This results in a loss of trust.

Think of a service line where you start with a green, juicy apple but end up with a rotten, half-bitten apple. What else can a reporter do but alienate himself or herself from their work. After a while, this alienation from their final news piece leads a reporter to grow cold toward their own job. Their trust of their own knowledge, experience and testimony is breached. They become unhappy.

However, it is the responsibility of the editors and editor in chief to prevent this. There is a double liability. Ombudsman, Chris Elliot, wrote last week about the major risk caused by a small altercation with one of the newspaper's editors. This situation is quite common in our newspaper as well. Court summons only come to the person whose name is on the news article. The reporter is the subject of resentment — and in some cases threats — made by people or institutions that are mentioned in the news.

As an Ombudsman, what I propose is to revise this unwarranted unaccountability on the part of editors. This can be done by making them doubly liable for any news that appears on their pages.

An editor shouldn't seek solace in excuses,. If the news couldn't be completed, then it should be abandoned altogether. Content always takes precedence.

There is a saying in the news business: "As soon as you see the full stop, cut the rest." An editor shouldn't like this, not even as a joke. Even if one word is cut or a sentence is shortened, it could ruin the article's credibility. An editor should also not make the news more intense or interesting than it is. An editor should neither decorate nor exaggerate the text, but rather remain loyal to the facts.

Cooperation between reporters and editors is paramount during the process of putting news to paper. Questions of 'who's who' and 'what's what' should be directed at the reporter. Reporters should be allowed to fill in the missing gaps and should by no means be denied from tracking their pieces through to the final publishing process.

Work flow chart preserves its importance. Rather than excluding the reporter, this chart must be built to shorten the distances, relieve the friction and eliminate the mistakes.