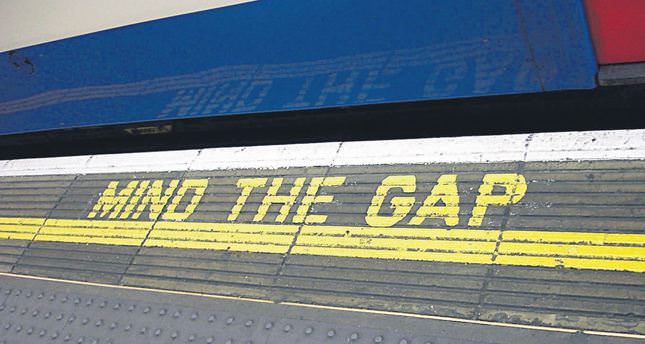 While the history of journalism in Turkey is quite old and remarkable, this doesn't mean that it improved by implementing core and universal values of journalism during this long period. A lack of greater improvement is the result of polarization which even distorts simple notions according to whoever is holding the pen

As everyone should know, a free press is without a doubt a must for any democracy. That being said, Turkey has a journalism history of nearly 150 years, but this long past has not resulted in the same rate of advancement in our democracy.

We can even say most of the prodemocracy changes in Turkey happened while battling the negativity of the press and the fundamentalism of its mindset.

This can be observed in the last 10 years if one cares to look.

During this 150-year period, the Turkish press was usually under the mandate of the state or small but well-organized ideological, religious or profit-oriented groups. This closed circuit only served to separate the general public from the press and imprison the media in an elitist prison disguised as an ivory tower. The media became alienated from its own people and looked down on them. It became a banner holder of prejudices, old-fashioned ideologies and oppressive ideas. Instead of defending the freedom of ideas and freedom of speech, it tried to twist these values to the needs of a certain group of people. Instead of supporting and advancing democracy, it tried to use it for its own purposes. It became blind to its own inconsistencies.

Despite the experience of those 150 years, journalism in Turkey is not as advanced as it should be. The main reason is that journalism was not seen as a job before.

The culprit for this particular problem lies in the mindset of small groups that were mentioned before - a mindset that sees journalism as a stepping stone, propaganda tool and method to justify their actions.

When universal principles of journalism conflict with these groups' benefits, they disregard the principles altogether. This formed a barrier to the foundation of a free and democratic media. Daily Sabah started two months ago and is determined to learn from these mistakes and not repeat them.

A lot can happen in two months Although two months may seem like a short time, Daily Sabah was founded during a critical period in Turkey. Because of the polarization problem in Turkey, upon its foundation the newspaper was branded as the government's paper. It was given this classification by Gülenists and anti-government media and journalists. Some foreign journalists also hopped on the bandwagon without carefully analyzing Daily Sabah.

But there is a sharp distinction between being a pro-government paper and a paper owned by the government. This distinction can be easily observed by taking a closer look at newspaper editorials. The editorial team at Daily Sabah worked without any interference or pressure since the foundation of the newspaper.

Of course, an analysis of current events in Turkey shows a power struggle between the government and Gülenists playing an important role in this mistaken point of view concerning Daily Sabah. As the newspaper's ombudsman, I believe categorizing the current climate as a power struggle is a misguided opinion. After all, the seeds of the Dec. 17 operation may be found as far back as the crisis with the National Intelligence Organization (MİT) in 2012.

Allow me to explain my reasons for saying such in a short manner. First of all, in Turkey the government is an institution that is elected by the people. Both the prime minister and members of parliament are voted in by the public. On the other hand, the Gülenists are a religious group with a shady organizational pattern. Their leader is not chosen by a vote. The general public does not even know the leadership or the members of the organization. Secondly, the government of the Republic of Turkey represents all the people in Turkey. But this organization represents nothing but itself. To be more specific, it does not even represent itself fully because of its ghostly features.

The third reason is this: Even though the parliamentarian system has its flaws, Parliament supervises the government. Gülenists, however, have no oversight whether it is internal or external because of its nontransparent and unofficial mechanism.

We can prolong this comparison by adding more criteria, but to cut a long story short, I want to say this: A struggle can only happen between similar opponents. However, in this case, in the blue corner stands a government with official backing by the people's votes as well as a transparent leadership schema and predetermined courses of action outlined by law. The red corner, however, is occupied by an organization in which its members, earning methods, leadership schema and agenda are unknown.

The government of Turkey faces accusations of corruption and of becoming authoritarian. In the front line of these accusations stands the Gülenist media. But it is against the ethics of criticism, for they are not a democratic organization and claim to be defending democracy. Also, it is absurd to expect an organization lacking transparency and openness to be a champion in the fight against corruption.

In conflicts about Turkey, Daily Sabah stands with democracy. There is a government elected by the people. This government can only be changed by votes, not by a secret organization that only exists for its own benefit. This does not mean Daily Sabah is against filing corruption charges against members of the government. This newspaper supports punishment as long as the courts find them guilty. Otherwise, the presumption of innocence and the secrecy of the investigation should be upheld.