Daily Sabah and its box office 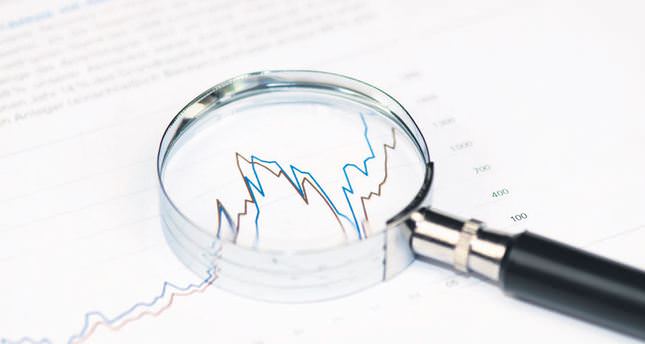 by İbrahim Altay May 19, 2014 12:00 am
Two weeks after the first printed copy of the Daily Sabah, editor-in-chief Serdar Karagöz gave an interview to Sabah, a Turkish daily, and explained his priorities with these statements: "We are printing this paper to support our Internet site. For us, Internet journalism is a big priority, and we are focusing on dailysabah.com a great deal. Therefore, our readers will be able to find breaking news concerning Turkey - whether regional or global - there." (Sabah, 02.03.2013) It can be interpreted from this statement that we should review the Daily Sabah and its website both as a joint entity and separately. Dailysabah.com, while hosting all the news articles and columns from its printed counterpart, also houses its own content. At least this is what is expected from it.

We can follow how many people read a newspaper by its circulation. This circulation, however, only provides us with data concerning how many copies of the said newspaper are sold but falls short in supplying individual information regarding how much attention a specific article gets. On the other hand, this knowledge is available when we deal with the website.

We can follow how many times readers click on an individual news article or how often it is shared through social media. Not to mention following the link can also provide us with comments by the readers of the said news article. These digital review tools are so advanced that even the number of paragraphs of the full text is available to grab the attention of the reader.

In scientific research there are two methods that can produce results. The first of them is segmentation, and the second is by taking a sample. As the ombudsman of the Daily Sabah, I will use the former method this week. I will produce the last two week's results and make my analyses accordingly.

Let's note a few things about this data:

When we review the popular titles, six of them are in the regional category with three of them related to Turkey, one of them is local, one of them can be said to be glocal (air defense system) and two of them fall in the global category.

This shows that the Daily Sabah is strengthening its content as a regional newspaper. Also, the newspaper is claiming to be a point of reference on eco-political subjects. On the list there are six reports, two columns and one op-ed. With attention- grabbing pieces, Daily Sabah Ankara correspondent Ali Ünal sets the bar higher.

Op-ed writer Eşref Yalınkılçlı also gains my praise for writing the most read Ukraine-related news in the Daily Sabah both this week and since the crisis first erupted. Also, I congratulate the columnists that are on the list, Halit Yerebakan and İbrahim Kalın.

For example, in the Hagia Sophia news the reporter or editor that compiled the statements or views from different individuals should be named as well. Of course, these anonymous signatures can be used in distressing yet scarce situations such as when there could be a potential threat to the person who prepares such a news article.

Report of the second week

Now, I will give you the results of the second week dated May 10-16, 2014. Here is the top 10:
1 Soma: A Tough Lesson Learned the Hard Way (by Editorial Board)
2 PM Erdoğan Leaves Hall as Reaction to Bar President (Daily Sabah),
3 A Mother's Journey to Hope: Philomena (by Özkan Binol)
4 US Stands with Turkey Against the Assad Regime, Says Ricciardione (by Ali Ünal)
5 US Activists Uncovering Covert Activities of Gülen Movement (by Ragıp Soylu)
6 Pipeline for Israeli Gas on the Table (by Ali Ünal)
7 Smoking Kills... Does 'Vaping' Do the Same (by Halit Yerebakan)
8 Turkey Switches to Presidential System, says PM (Daily Sabah)
9 Orban Seeks Autonomy for Ethnic Hungarians in Ukraine (Agencies)
10 Turkey, Qatar have Constructive Influence in Region, says Envoy (by Ali Ünal)

Another short review is in order:

The official views and suggestions of a newspaper are expressed in the Editorial prepared by the editorial board. This week the Daily

Sabah released its most read, shared and discussed editorial. The subject was of course the Soma mine tragedy.

As the ombudsman I also offer my sincere condolences to the families of the lost ones.

Apart from last week, this time global, regional and local titles are distributed more evenly in the top 10 with three of them in each category.
The movie review titled "A Mother's Journey to Hope: Philomenia" penned by Özkan Binol also found its way to the top 10. Binol is a Culture & Art critic discovered by Daily Sabah. More praise is in order here.

Time to time our readers complain about the lack of interviews in Daily Sabah. Our Ankara correspondent Ali Ünal interviewed both Francis Ricciardione, the United States ambassador whose term is up, and the Gulf Kingdom's ambassador in Ankara to fill the gap. With three pieces on the list Mr. Ünal sets himself apart as the biggest contributor to the most reads.

Another name that found a place in both lists is Dr. Halit Yerebakan. This week, his article is a little outdated and also received criticism that said the piece was plagiarized. Even though the first version of the article cited all the references, it was criticized for not acting in accordance with the ethics of quoting, and the columnist fixed the article later on. All columnists, editors and reporters must be vigilant on this matter.

Also, Washington correspondent Ragıp Soylu pitched in with an example of eyewitness journalism on the Gülenism discussion. I hope his example will be useful for all Daily Sabah correspondents and reporters around the world. Conclusion While reviewing both lists as a whole, I would like to draw several conclusions. Video was only used in the news article titled "PM Erdoğan Leaves Hall As Reaction to Bar President." This shows an insufficiency. Dailysabah.com should be more focused on matching news to the related videos.

Columns and Op-Eds that spread over two pages every day in the print version seem to not be drawing much attention, excluding a few exceptions. I would like to bring this matter to the attention of Daily Sabah Op-Ed editor Meryem İlayda Atlas.

Even just examining this list shows that Daily Sabah is not a propaganda mouthpiece of the government. Especially with the Editorial and the Ricciardione interview, Daily Sabah didn't shy away from providing perspectives that were different from the government's in its news and comments.

Of course, these conclusions rely heavily on the two-week period. This segmentation provides us data, but just by doing this, it would be wrong to use big words to define Daily Sabah's general characteristics.

Also, it would be best to point out that there could be big differences between quantity and quality.
Last Update: May 19, 2014 1:39 am
RELATED TOPICS