Where art thou culture journalism? 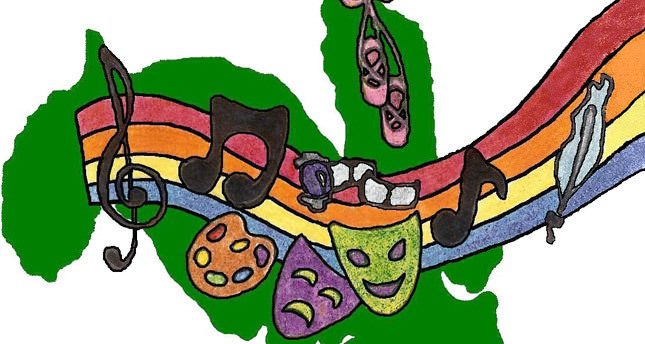 by İsmail Selim Eşsiz Jul 08, 2014 12:00 am
As you know, at Daily Sabah we have a Culture&Arts page in the hands of Zeynep Esra Koca. Last month several constructive criticisms about this page were sent to our ombudsman's office. But, before delving into them, I would like to say a couple of words on culture journalism.

When we look at the history of journalism, culture journalism is ubiquitous in newspapers. However, after the spread of magazines, it became more dominant in this new platform, but still continued its existence with sound reviews and articles in newspapers. That ended, however, when the time to count the pennies came. Culture journalism in magazines has remained largely unaffected and the top dogs still continue their publication lives. But when it came to newspapers, one of the first orders of business in an austerity climate was to reduce the budget of culture journalism. This led to a decrease in quality, which resulted in worse feedback for the culture sections of newspapers. This lack of interest gave the ruling boards of newspapers the perfect excuse to shut it down altogether.

To look at the current state of culture journalism, I will quote Douglas McLennan, founder and editor at ArtsJournal.com. He said in the conference, "Plotting the Future of Cultural Journalism" held at WHYY's Hamilton Commons, "Since 2000, half to two-thirds of the arts coverage nationwide [U.S.] has been lost."

Several of the panelists claimed that this was both caused by and resulted in the rise of cultural journalism done by bloggers and websites specializing in the arts. This could be the case of another article but our present subject is culture journalism in newspapers.

Traditional journalism has indeed lost quite a bit of ground to its Internet counterpart.

The ability to instantly reach amateur reviewers and the general public's opinions on an event, movie or even a painting also threw in a wrench. Yet I believe if the public is given a professional review, criticism or a case study in cultural events or issues, they would be more inclined to read both traditional and online cultural journalism in order to reach a more elevated opinion. At least the opinions and critiques that reached us showed us that this seems to be the case.

The main point of the feedback was the lack of thorough reviews and critiques of cultural events. While the event calendar was praised, they said that a small review of the events listed would be appropriate.

To answer these critiques, I would say this: In the recent weeks, the Culture&Arts page seems to be producing more original content than it used to. Especially, most of the main articles in the section are either interviews, reviews or case studies produced exclusively for Daily Sabah readers.

Secondly, the news articles below are either sourced from various news agencies or written exclusively by Daily Sabah. With İbrahim Altay, we suggest a more hands on approach with on-the-ground journalism for cultural events in order to relay to our readers the atmosphere of the event more accurately. As for the Events section, I found myself agreeing with the suggestion and relayed it to the editor of the page.

I would also like to remind our readers that Daily Sabah is a fairly young newspaper.

I hope that in time it will broaden its personnel and produce more exclusive content for our readers in the newspaper as a whole and the Culture&Arts section.
RELATED TOPICS