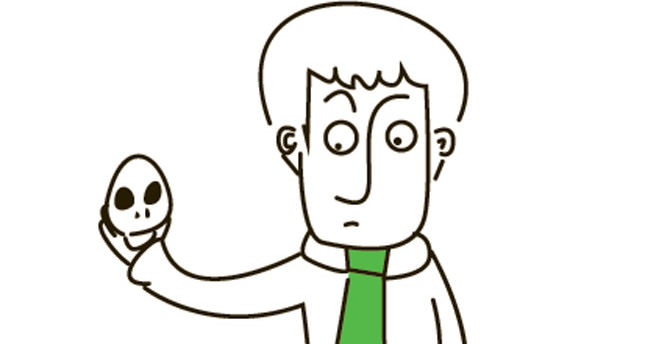 by İsmail Selim Eşsiz Jul 14, 2014 12:00 am
At Daily Sabah, we noticed two articles on suicide related news. The first was "A Modern Epidemic: Suicide News" by İbrahim Altay published on March 24, 2014 and the second was "A Reminder About Reporting on Suicides" by me published roughly one month later on April 21, 2014.

This time I would like to divert your attention to a similar dilemma in journalism: News about drug abuse.

With the increasing substance abuse in society it is inevitable that more and more reports of drug abuse surface in the media. No section of a newspaper is exempt from this. In economy sections you might read how legalizing cannabis increases government funds or in the tabloids you might see your favorite celebrity getting busted with a pound of cocaine. The sports sections are filled with steroid abuse and more daily news categories might feature a recent drug bust by police or an overdosed teenager. I could go on and on, but you get the idea.

Reporting on drug related events, one of the most common and dreadful mistakes is painting a lighthearted picture in the mid of the reader. This is especially the case with celebrity drug abuse news. Sometimes journalists believe that they are obligated to justify the drug abuse of the celebrity. In some extreme cases some link their artistic success with their drug abuse. No doubt this is completely wrong from an ethical perspective, not to mention a crime. This kind of a news article only serves to encourage more people to use recreational drugs.

The second common mistake is usually an unintentional one but, sadly, can be as grave as the first. This one can be found when reporting on drugs from a more local angle such as "this part of the town has more drug related incidents or police raided this neighborhood in a drug bust" et cetera. This type of specific information can lead people without the knowledge of obtaining drugs to get exactly what they want. Therefore when reporting on similar events journalists should keep the information on the "where?" and "how much?" as vague as possible. It would be prudent to do so.

However we can actually have too much of a good thing. So when reporting on drugs we should be careful not to demonize drug abusers. This would only serve to burn the bridges between them and the rest of the populace not to mention it would dampen their attempts on seeking help. Such an incident actually happened in Ireland on February 18, 2011, when a columnist from the Irish Independent called drug users "vermin," "feral, worthless scumbags" in the article titled "Sterilizing junkies may seem harsh, but it does make sense" and proclaimed that "if every junkie in this country were to die tomorrow I would cheer." Needless to say a complaint was lodged against the newspaper and the columnist. The matter was settled earlier this year and the decision of the Irish Press Ombudsman was in favor of the complainers. The decision found the article "was likely to cause grave offence to or stir up hatred against individuals or groups addicted to drugs on the basis of their illness."

In order to aid our fellow journalists we can modify several guidelines from İbrahim Altay's "A Modern Epidemic: Suicide News" until a more comprehensive guideline can be prepared:

-Do not justify the usage of drugs by linking them to any problems. This may cause people to see them as a viable solution.

-Do not glorify the use of drugs when it is used by a celebrity or an artist.

-While demonizing recreational drugs do not demonize drug users and do not stir hate against them in the general public.

-When reporting on drugs any details on how to obtain them will only serve to increase in its usage. Also if a new drug is roaming the news cycles only for the sake of ratings or hits this may heighten the curiosity of drug abusers-to-be.

These guidelines are far from complete especially when considering how wide drug related news can be seen in the media. Nevertheless they could serve as an initial reference point and I also invite our fellow ombudsmen to give their opinions on the subject.