A summit for journalists 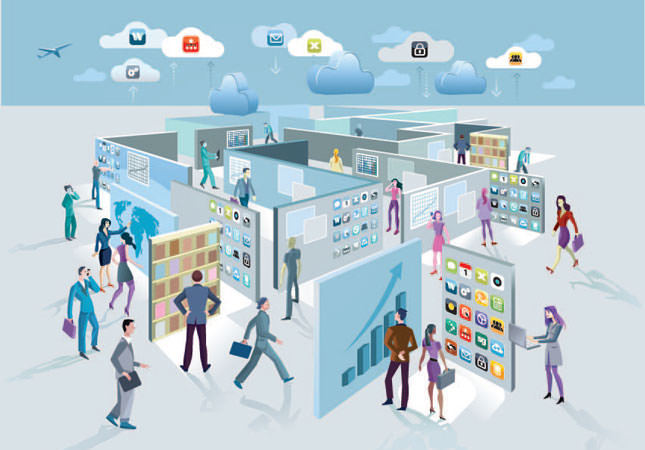 This year the World Publishing Expo managed to grip our attention with its extensive participant pool and diverse presentations. Yet we must manage to draw a picture based on what is told there in order to make it applicable in our line of work

There used to be an "every man for himself" mentality in nearly every line of work, but this has changed thanks to the great improvements in both communication and transportation. Nowadays, every branch of business seems to have its own association that comes together for conferences every year or so. Of course, journalism is no exception. Being one of the most widespread branches of the workforce, almost every country has its own associations regarding journalism, and some have several. Also, on an international scale, there are umbrella associations consisting of smaller entities, one of which is the World Association of Newspapers and News Publishers. WAN-IFRA has been organizing World Publishing Expos for the last couple of years, and this year they chose Amsterdam as the venue-city to host its expo. The event took place between Oct. 13 and Oct. 15, and I was lucky enough to be there as well.

Before delving into the key points that were presented at the expo or the experience it left behind, I would like to give some information about this year's expo and how it stood out compared to previous ones. With nearly 7,000 visitors from around 100 countries, this year's expo was indeed a big success in terms of participation. While last year's expo in Berlin had more participants than this year according to WAN-IFRA, apparently thanks to the high number of chief executives and big dogs of the industry, the World Publishing Expo protected its position as the largest global trade fair for newspapers and the news publishing industry. With nearly 100 speakers and three "Media Port" stages, one of the important points this year was the future of printing news products.

One of the most informative parts of the expo was the seminar "World Press Trends." Every year WAN-IFRA publishes a report containing "research and data on newspaper circulation, reach, advertising revenue, digital trends and demographic information." The coordinator of the report, Teemu Henriksson, said: "Our goal is to depict the global newspaper industry through relevant metrics and to provide insight into the trends that most affect the industry. But the measurements, particularly of digital media, are not standardized, making comparisons difficult."

In order to be more effective and open to the participants of the news community, the report was distributed during the World Publishing Expo. Here are some key points from the report:

"More than half the world's adult population reads a daily newspaper - 2.5 billion people - and more than 800 million in digital form.

"Though digital audiences and revenue are growing substantially, 93 percent of newspaper companies' revenue globally continues to come from print."

Since the data is collected from over 70 countries that represent more than 90 percent of the industry, we can safely say the report is quite extensive, at least in its preparation. Since WAN-IFRA made it clear that they welcome suggestions for further development in the project, here are mine. Since the new face of media has largely become digitized it would be prudent to measure their impact with more definitive numbers, as Mr. Henriksson previously stressed. Also, I believe while 90 percent of the industry is indeed impressive, improving both the percent and of course the number of countries in the report would be much appreciated.

During the full course of the expo there were quite a number of summits, but today our subject will focus on one of them specifically – the International Newsroom Summit. This summit was more oriented around the physical, psychological, sociological and economic transformations of news centers. The number of speakers was more than 30, and the countries they came from were equally diverse.

While all of the speeches made during the summit were important in their own right, one of them piqued my interest even more. Also, since the subject and its presentation were made in an orderly fashion regarding things most of us already knew, it made it even easier to write about it.

The presentation I would like to focus on was called "Editor's Dilemma." It was introduced by Mark Deuze, a professor from the Media Studies Department of the University of Amsterdam. The main highlights of the speech are as follows:

Nobody is special anymore. News or media organizations are starting to lose their authority. They no longer possess their demigod status, and they can no longer claim a monopoly or that they are the center of all things. An increasing number of people no longer see themselves as a reference point. Of course this can only result in one thing. They will no longer enjoy the extensive effect or prestige they once had. But there is a new challenger in the field, and they are marking their territory by implementing new media tools and avenues.

Newspapers can no longer "make" the news. Let me explain "make" a little further. Until recently, newspapers could sit on Mount Olympus with their magnifying glass like the lightning of Zeus and say to the people: "This is the most important story of the day, read it." But today, newspapers have lost their ability to determine the day's news. Instead, today they are holding something more like a mirror then a glass, simply reflecting the news prepared in other places. Nowadays, they find, understand and reflect on other news articles.

The relationship between newspapers and readers is no longer one-sided. Thanks to recent developments, this relationship is now a busy highway going both ways. Readers are no longer satisfied with what they are given. Yes, they read it, but they also share, comment and compare it with the utmost determination. Sometimes they like it, but when they don't, they complain and argue and even end up making their own news.

If we read these developments correctly then there is only one conclusion. The reader is after action. They want real change and not hollow efforts. Because the relationship between newspapers and readers has changed so much, communication between readers has also improved. One incident can result in a massive loss of trust and result in a newspaper becoming devoid of credibility. We can stand idly by and wait for the inevitable. We have to understand the consequences and change our approach toward news.