No quid pro quo in journalism 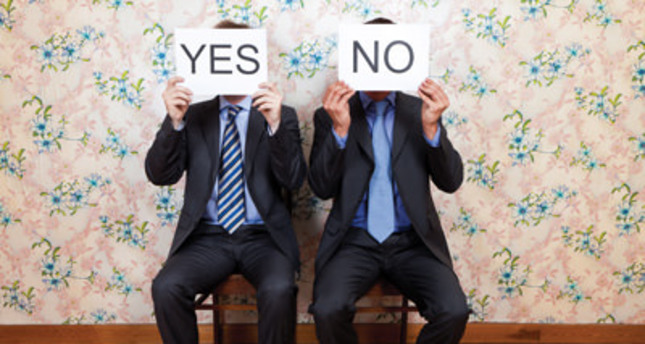 by İsmail Selim Eşsiz Dec 01, 2014 12:00 am
We often see the term "conflict of interest" used in legal terminology. One of the biggest recent crises in the United States justice system was derived from a conflict of interest when one of the justices sitting on the Supreme Court did not recuse himself from the case even though his wife and one of the parties of the case in front of the court were in business together. I will not bore you with more details, though, as the term itself is fairly self-explanatory. But aside from the legal world and our personal relationships, there is another profession where a conflict of interest poses a substantial problem: Journalism.

What causes a conflict of interest for journalists? Well, any positive external factor can be seen as conflict if it affects our conduct, our story or the tone of our report. You can already guess the obvious ones: Gifts, services and favors all fall into the category of a blatant bribe, but they are still worth a mention. Instead of some ambiguous definitions, I will provide you with several examples.

First, let us consider a magazine that focuses on technology. Every month, the reviewers receive cutting-edge smartphones, tablets and other devices and gadgets for them to test out and then review. Some companies gift them to the company or journalist while others require the gadgets to be sent back after a period of time. When the gadgets are sent as a gift, though, it begs the question if whether or not it influences the journalist to write about it in a more positive light simply because of a subconscious desire to reciprocate the kind gesture? Of course, we can't expect the magazine or newspaper to buy every single piece of hardware they review, but we can expect them to send back the test products as several respectable technological magazines and websites do in order to protect their credibility and make sure their journalists act in an unbiased fashion towards their work.

Another conflict usually stems from the groups that journalists associate themselves with. This is most common among journalists writing about politics and sports. Obviously, this does not mean that a journalist cannot vote or root for a team; that goes without saying. However, they should be very careful not to let it – their bias – drive their content.

Also, if a relationship with sources or the subjects is more than a professional one, it can easily become a recipe for disaster. When a source is a close friend of the journalist then he or she may fail to check the facts and the journalist also becomes a facilitator of whatever the source was aiming for. Again, that does not mean we have to abandon the news if it comes from a friend, but we should then either pass it along to a colleague or approach it with a grain of salt in order not to shake our own personal or the newspaper's credibility. And the same goes for when the subject of a story is a friend or connection. This will greatly affect our tone in the report and if the subject is something or someone we dislike, the same thing applies, but in the opposite way.

You might think that you are independent, and even though there is an obvious conflict of interest, you can still act or report in an unbiased manner. But you have to ask yourself if this could potentially damage the credibility of my report, my identity as a journalist or my newspaper as a whole and only then act accordingly.