Necessity of safety brakes in journalism 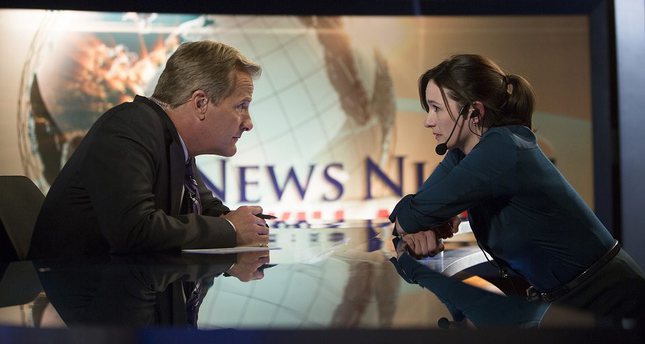 by İsmail Selim Eşsiz Dec 22, 2014 12:00 am
Last week Aaron Sorkin's critically acclaimed TV drama, "The Newsroom," aired its final episode and finished its third and final season. Aside from a good plot and successful dramatic factors, the show also managed to tackle quite a bit of dilemmas in journalism and the problems that have surfaced with the "new era of media." One of them was citizen journalism, which actually caused a bit of a stir because some claimed Sorkin deliberately painted it in a bad light due to his alleged biases.

The show used citizen journalism as an example, and it was indeed very appropriate since the term played a key role in events. I am talking about the Boston Marathon bombing. After the bombing, members of Reddit – a major online social network and news board – became investigative reporters, police, and in the end, an angry mob. They combed through thousands of photographs taken during the marathon and found their "terrorist," identified only by subjective physical resemblance and a lot of speculative rumors. One rumor in particular played a key role. On Twitter it was claimed that the name of the "terrorist" was heard from police scanners, and apparently, that was all the proof these citizen journalists needed. After all, while professional journalists had to confirm their information and vet their resources, it was seen as a "failure to report the news" by some citizen journalists and since they were free from such restrictions they turned into an angry mob and tormented the family of their target. It turned out the "terrorist" they identified was not a terrorist after all, and while a dire mistake like that could end the career of a traditional journalist and possibly cause legal action, anonymous citizen journalists faced almost no consequences. Another thing to mention here is that despite the risk of compromising the investigation, the FBI had to release the names of the suspects in order to clear the name of the unfortunate soul blamed by the citizen journalists. This was not their finest hour it seems.

This doesn't mean, however, that there are no positive examples, and I will try to emphasize them in another article focusing on the subject along with different interpretations of citizen journalism other than Radsch's, but it seems to me that by abandoning the brakes that could have prevented this disaster in traditional media, citizen journalism is still a long way from being reliable or an alternative to professional journalists.