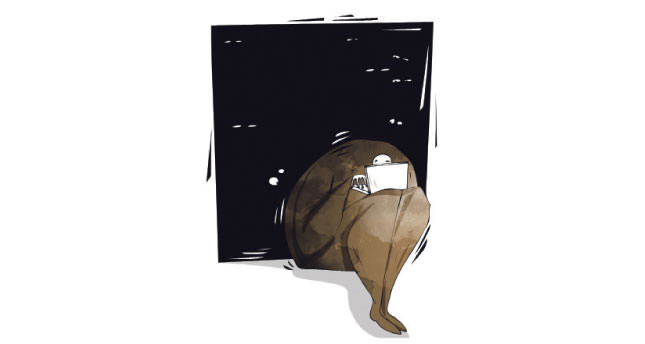 Although they should not be denied the right to conceal news sources, in order to build a transparent and credible media for readers, journalists should be more in favor of stating their sources unless there are imperative circumstances

Without a doubt this universal principle protects the freedom of expression of journalists as well as news sources. But it is also possible that it can be exploited easily with faulty styles and examples of journalism. Therefore, in order to clear the fuzzy lines it is important to define ethical boundaries with regard to concealing source of news stories.

In Turkey, writing news reports based on anonymous sources has become a very common and bad habit. There are many examples attesting to this fact in our recent history. "High ranking official asked not to be named" has become a very popular source; so much so that if you Google that phrase you can find hundreds of news articles, if not thousands. Yet it is still a mystery as to who these people are or if they actually said anything that was attributed to them.

Allow me to provide a more specific example. On May 23, 2003, a headline in the Cumhuriyet daily was "Young Officers are Disgruntled." The Justice and Development Party (AK Party) had been democratically elected for less than a year back then. But we still do not know who these disgruntled young officers, apparently hinting at a coup, were.

Of course, not only "high ranking officials" or "young officers" are used as anonymous sources. "Club employees," "people from the neighborhood," "citizens," "everyone" are also prominent phrases in this type of journalism. Therefore, citizens of Turkey have witnessed manipulation and agenda setting on so many occasions, it has become clear that the media needs to adopt a more careful and transparent attitude.

We are reminded of another ethical principle – that hiding the source of a news article is only viable under special circumstances. A common course should be disclosing the sources rather than concealing. For a transparent, credible and unbiased press, this must be the case. Otherwise, this type of anonymous news will only result in a credibility problem. Actually, there is no will for it. It already has.

What I am trying to explain is that this right granted to journalists by the Press Law and the European Convention on Human Rights (ECHR) should be treated as a special circumstance and should only be acted on if the situation really demands it.

Before deciding to hide the identity of a source, a journalist should think carefully about the following:

The first question to ask is how trustworthy the source is. By trustworthiness I do not mean the trust of the journalist or even the public. They must be present, but also the information given should be credible as well. Journalists should ask whether the source could provide evidence to support his or her claims. All documents should be procured and examined. Even if the source had a perfect track record and a very reliable reputation, in this instance they could be manipulating or lying to the journalist. Even if sources believe what they say to be true, they could be victims of manipulation as well. Therefore, there should be no shortcuts on fact checking. We should examine every piece of information and document separately and, while we should not be prejudiced, we also should not be too eager.

Then we come to the second question. That should be questioning the purpose of the source. The source could aim to serve the interests of the public and reveal the truth in order to inform the masses. Or the source could want revenge or harm people or organizations he or she dislikes. Therefore, inquiring about the goals of the source is a duty that falls on the shoulders of the journalist. We must know our source's motivation. In some instances, regardless of a source's goals, his or her information carries news value. If that is the case, a journalist should refrain from identifying with the source and focus solely on the story as well as checking for the information's credibility.

After answering these two questions, we come to deciding whether concealing a source's identity would be right. We must inquire about whether or not disclosing a source's identity would harm his or her life, close relations or reputation. For example, if our source was a member of an illegal organization in the state or a gang involved in crimes or a member of a mafia looking to repent, we should conceal the identity. The same thing can apply to corruption cases. Sometimes we can hide the source's identity in order to continuously gain information. In other instances, a source is anonymous by its nature. For example, anonymous calls or letters without a name or briefcases full of documents can come to newspapers. If that is the case, caution should be our best friend.

Let us not forget that hiding the name of a source lessens the value and impact of the news. As we said before, journalists should only take this route if the situation calls for it and should decide from an editorial standpoint.To summarize, journalists must give a lot of thought while protecting their sources. The goals of the source, news value of the event and public interest in the subject of the piece should all factor in while making the decision. But after that decision is finalized and there is no time embargo, journalists should stay loyal to it and protect their source for the rest of their life. They should shoulder the responsibility of their decision and, even if they testify before a court, they must not reveal their sources. These principles apply even after the news article in question has lost its traction.

This responsibility should not be dumped solely on reporters. If asked, reporters should reveal their sources to their editors and, after they reach a decision, all of them should act on the secrecy.

There is another occurrence in Turkey as well when it comes to sources. Sometimes people or organizations contact journalists, telling them they possess important documents or information that carry a lot of news value. But they also say that they will only share it if the journalist makes a commitment to publish it. They also try to force journalists' hands by saying that if it is not accepted then they will go to another newspaper and they would be out of the loop.

The circumstances of competition should not dictate the actions of journalists. The correct way to go about this situation is that without examining said information, journalists should make no commitments to publish. Lastly, when a newspaper decides to hide a source, the reason to hide should be mentioned in the news article.

Without heeding all the above, the ethical and judicial principles about concealing a source could be exploited and readers could be misled.
RELATED TOPICS