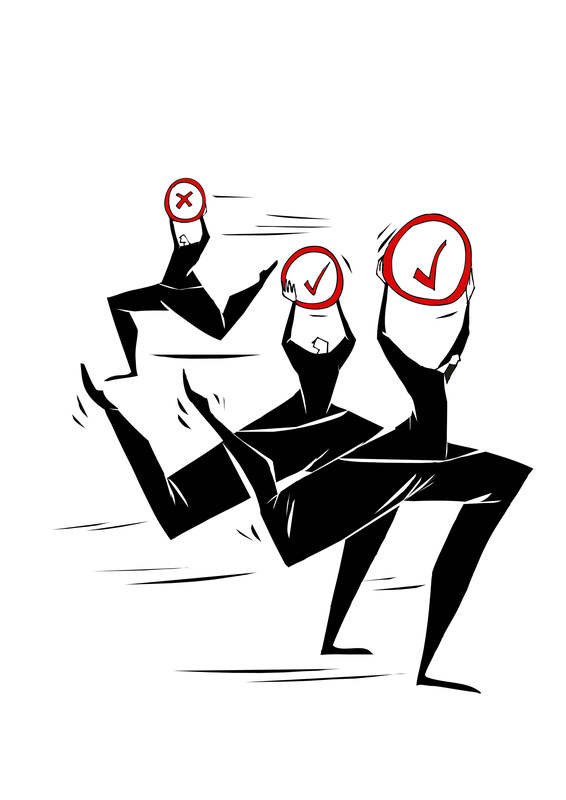 As the need for self-supervision in media increases, we find there are three models currently in place to either promote ethical principles or enforce censure to strengthen state-approved ideology

Freedom of expression and free media are tools and pillars of democracy. In developed democracies there are no laws limiting the freedom of the media. Or at least that is the way it should be. That does not mean media has free rein though. Media should draw its own limits, adopting a responsible broadcasting attitude. This responsible broadcasting or publishing should be founded on the concept of public good. But when we speak of a concept like public good or public interest, we are entering an area of subjectivity and controversy as well. A couple of new questions arise: Who will decide on what is good or bad for the public? What will be the founding principles that directly affect such decisions? Who will enforce or abide by such decisions?

Last week in our "Media applications of laws and ethics" article we explained the differences between ethical rules and laws and said:

"Law is commanding and binding to those who live under it. Ethical rules carry the air of suggestions. By disregarding or breaking the laws, you may be deprived of your freedom or your other rights. However, dismissing ethical rules can only damage your reputation and credibility.

Laws are required to be in writing while ethical rules do not have that requirement. There is a need for attention to detail when law is concerned. With that meticulousness, we can differentiate between the innocent and guilty, right and wrong, where law is concerned. On the other hand, ethical rules are shaped around the general conscience of the people."

These differences between ethical rules and laws can assist us with the media's approach to a sense of self-control. Laws are written and enforced by the separate powers of the state, but there is the potential danger of limiting the freedom of press when laws are used to organize the media. There is an alternative and more accurate approach to the subject though. It would be better if media takes the initiative and sets certain ethical standards on the way it conducts reporting in an effort to insert some form of self-control.

Let's take a look at examples from around the world. By examining them we can deduce three methods of supervising the media. First of these methods is usually seen in authoritarian countries. State-enforced media unions and media chambers can be seen in this category. These censure offices run by the state in order to supervise journalists and newspapers are quite common, especially in countries that have dictatorships. In these countries media unions, councils or chambers work toward spreading the official ideology of the state they serve instead of ensuring press freedoms or installing ethical standards, and they also aim to identify and censure those in defiance of the prescribed ideology.

Turkey also once fell in this category. The Press Congress that convened in 1935 argued for installing a state-backed media union. When we examine the records of this congress we see that the job of founding this union was given to an ethics commission. The reason given for this action was "preventing publications that could damage the union of the society and the ideology of the Republic." After switching over to democracy in 1946 and publicly electing the non-Kemalist Democrat Party, we see that the idea was discarded.

The second model that was developed for the supervision of the media is media councils founded voluntarily. Today there are over 20 countries that have a media council. Some of these countries are the U.K., Sweden, Denmark, the Netherlands and Finland. In this model we see a civilian organization that brings together media owners, journalists and readers with a high level of participation. The council sets the ethical standards and announces them. It also supervises media organizations on whether or not they abide by these ethical standards. If there is a breach of ethics in any of them, the council announces these breaches to the public. This model seems more advantageous than the previous one as it is not state-backed or state-founded, but there are some shortcomings as well. First of them is their lack of power to enforce.

In Turkey there is more than one organization set to become the press council, but none of them have managed to find success in this matter. The lack of high-level participation is the first one of these reasons. Then we have them going under the sphere of influence of one or more media groups that in turn leads to their manipulation. Lastly, we see some of them lean on ideological prejudices instead of freedom, truthfulness and credibility when deciding on a subject.

The role of an ombudsman

The last method of supervising the media is the office of the media ombudsman. It is also the most common one. In numerous respectable media organizations, ombudsmen act as an independent referee between readers and the newspapers. Ombudsmen are independent and follow the complaints lodged against the newspaper and are responsible for the newspaper's content on behalf of the readers. They make the newspaper both approachable and transparent. They ensure the correction of factual mistakes and faulty news articles as well as endeavor to repair unjust treatment. But the power of the ombudsman is limited to warn, expose and suggest. They cannot order the removal of or change an article.

In Turkey, only four Turkish newspapers have a news ombudsman, and as for those printing in English, only one of them do. There are several examples of television ombudsmen around the world, but even though it is officially mandatory, it practically presents little function.

The controversy around which of these three models serves needs the best has been going on for dozens of years. Answers and arguments surrounding it change depending on the country and organization. The only certainty is that there is not yet a perfect model that solves all ethical problems.

With rapid developments in transportation, communication and information technologies, we have to accept that it is quite difficult to form a control mechanism that can supervise the entire flow of news. Another fact is that with their changing profile, readers are forming a questioning and interactive relationship with the media, which has turned into a control mechanism in itself.

The ultimate certainty is that society has the right to defend itself and it exercises that right by deciding whether to buy or not. Those who are not abiding by ethical principles lose their reputation and credibility.
Last Update: Apr 28, 2015 1:17 am
RELATED TOPICS