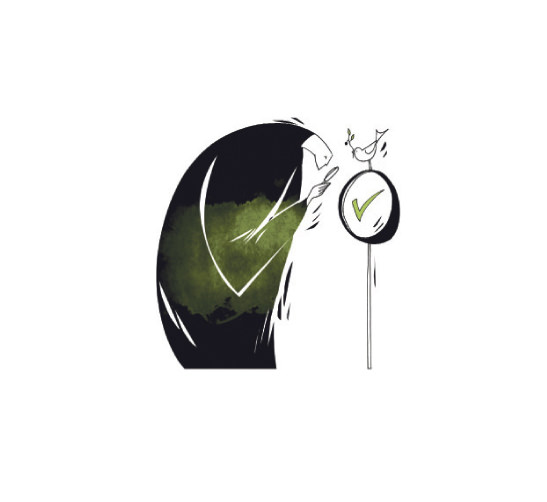 As the calendar marks April 24, we witness the renewal of an endless cycle of arguments presented by journalists who should instead focus on acting in accordance with peace journalism and leave the matter to experts in the field

We don't seem to question the journalists who pretend to be experts in everything anymore. Last week was the anniversary of the incidents that started on April 24, 1915, during the reign of the Ottoman Empire. Of course many so-called journalists who have little to no knowledge about the Ottoman alphabet as well as the Armenian, Russian and Arabic languages jumped to their conclusions with only a couple of memoirs and history books in their arsenal. They wrote articles discussing the death toll and the incidents that took place in 1915. They accused Turks, Kurds or Armenians depending on their personal beliefs. From their high pedestals they gave instructions on how the 1915 incidents should be defined, generously sharing their lacking knowledge.

Every year when the calendar marks April 24, this discussion begins all over again. The same arguments are reused in an endless cycle, only to deepen the controversy. There are two main reasons for this renewal. First: On April 24, 1915 the Committee of Union and Progress (İttihat ve Terakki Cemiyeti) arrested members of the Armenian Revolutionary Federation (ARF), a violent organization that even orchestrated an assassination attempt, trying to bomb the Sultan Abdul Hamid II This date also marks a cornerstone of the government's forced deportation policy.

As for the second reason, we can say much of this renewal of the discussions is the result of Armenian lobbying campaigns, especially in countries such as United States, England, France and Lebanon, where the lobby has a strong presence. The actions of these organizations are now creating some sort of genocide industry that is solely focused on April 24. They try to install symbolic importance by stirring up the 1915 incidents in the eyes of the world.

From a journalistic perspective there are quite a lot of mistakes in this scene. First of all, if a journalist uncovers new information, documents or findings on the incidents of 1915, they do not have to wait for the week of April 24 to publish them. However, when we look at many of the prominent media organizations around the world, we see that while the rest of the year gets almost no coverage, whether it's a news article or column, in the week of April 24 their interest seems to be focused intensely on these incidents.

We can say that this shift of focus is the result of worldwide protests organized by the Armenian diaspora. But when we look at the content of these news articles and columns, we see that they are mostly one sided, prejudiced and filled with factual errors. In them, the dissertations and perspectives of one side are presented as scientific truths. The media forgets its unbiased, just and credible principles.

The truth that every journalist must know and understand now is this: It is not the media's job to reconstruct history. Historical incidents and facts should be studied by scientists who have expertise in those areas. Journalists should review this research with an unbiased eye and publish them without favoring one side or the other.

My aim is in no way to partake in the discussion of whether or not the 1915 incidents should be defined as genocide. After all being a fiery supporter of one side by joining this discussion is not the job of a journalist. Similarly, I will not talk about the incidents that took place between the Ottomans or more specifically the Armenians, Kurds and Turks back then, in length, in order to form up a perception. This too is not the job of a journalist. The views of the journalists in this matter concerns themselves alone, including me.

I want to emphasize the importance of focusing on today and the future instead of obsessing over the past as a journalist. There is a single fact that cannot be refuted: People died. There was much grief. The reasons or whether they were justified or not, does not change the outcome. Those who passed away will not return.

And of course those we lost a century ago will not read our articles. We are publishing these newspapers for today's people, not for them. Some of them are the grandchildren of those victims. Most importantly, we must be careful not to let similar suffering happen again.

I'm sure you've heard it before, there is something called "peace journalism." Everybody talks about it but very few live by it.

One of its core principles is this: If there is a conflict going on, there must be more than two sides. Branches may spread tall and wide but they are not the entirety of the tree itself. We cannot condemn all Armenians for the ARF's actions, just like we cannot condemn the whole of Turkish people for the actions of the Committee of Union and Progress and the entire Kurdish population for their militia forces.

Therefore saying "Turks committed genocide against Armenians" is as racist as saying "Armenians deserved to die." Unfortunately such racist and divisive behavior is prevalent in both Turkish and world media.

Another mistake committed by journalists is falling prey to the tautology's trap of reviewing yesterday's events through today's paradigms. Many of these journalists define their actions as heroic. When they are asked, they say that they are fair in trying to uncover the truth. They define their goal as urging the Turkish people to face their tainted past.

However according to the principles of peace journalism, what they are doing is wrong. Because unintentionally they serve to conflict identities. They trap history in sorrow and induce objects of hate. They marginalize identities as well as demonizing them. This is the case for both the Turkish and Armenian society.

However the way ahead for journalists is very clear. They must balance the relationship of contact-distance, be cool-headed and avoid confusing journalism with activism by not becoming cheerleaders for one side or another. Abandoning these principles can only fanaticize the journalist.

At such times, the language and wording becomes immensely important. In this instance for example, pronouncing the word "genocide" has much more sophisticated importance. I see that newspapers are filled with victimizing words such as defenseless, pitiful, tragedy, horrible et cetera. However the agitation caused by these words only serves to deepen the conflict and postpone the peace.

The media seems to be divided into two camps. The political positions are being reflected in history, and people are deaf to all worlds besides their own. However it is not the job of a journalist to race one pain against another. They are supposed to be sharing the pain, fears and sorrow of all sides and seek the whole truth, without categorizing the sides as villains and victims.

Most importantly the journalist must cease to see their job as a way to let out their resentments. They must abandon the hate speech and act as journalists, not activists.How hard can it be?
Last Update: May 03, 2015 11:42 pm
RELATED TOPICS