Usage of photos in Daily Sabah 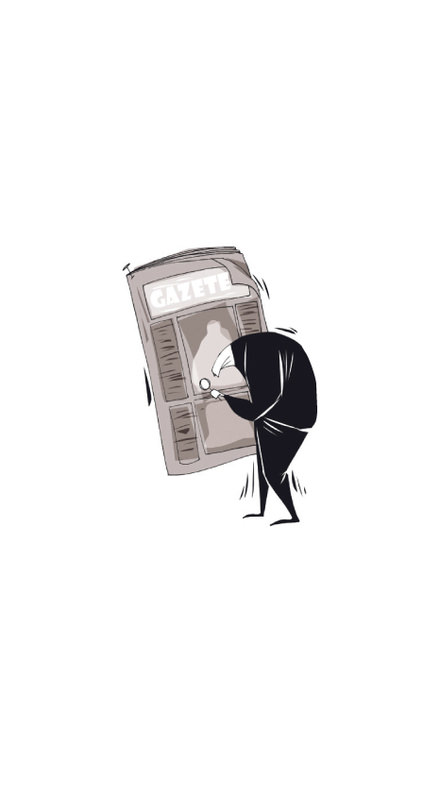 As Daily Sabah fails in terms of photo usage and writing explanatory captions, it is clear that all its editors should focus on this issue

In our talks with Daily Sabah editors, we continuously emphasize the need for writing explanations, or in journalistic terms, a caption below the photographs used in the newspaper. In fact, we wrote two articles on this page before and said: "The most read parts of a newspaper are the headlines, followed by the captions. The captions show the papers' respect to the reader. It shows the hard work and attention to detail in the preparation of the newspaper."

When I started to read Daily Sabah's May 16-17 dated issue a fitting Turkish proverb came to my mind. It was "An over-protected eye gets the speck." The front page of the newspaper featured five photographs and neither of them featured a caption explaining them. The photo used with the headline "Latest round of Cyprus reunification talks start on a high note" had three men shaking each other's hands but there was no caption explaining who was who. An attentive reader may realize the men in the photo are the people mentioned in the first sentence of the news article but if the reader isn't well-versed in the subject he or she couldn't have known which name goes with which face. Not to mention knowing that information isn't the responsibility of the reader. Editors should write the name of people and the events in the photos in captions in an explicit manner for full disclosure.

After noticing the problem on the issue's front page I went on checking other pages one by one. I saw that the problem persists in those as well. In that issue, the newspaper used 60 photographs so let's guess how many had captions. 50? 40? 30? 25? I'm afraid not. Only 20 of them had explanatory notes with them. That means only one in three photographs featured a caption. I don't think it is necessary to express that this ratio is embarrassing for Daily Sabah.

The problem doesn't end with the layout of the numbers however. When we read those rare captions, we see that most of them were inadequate in explicitly explaining the visuals. Let's look at the "State Mulls Takeover of Armenian Orphanage" titled news article on the second page for example. Our editor wrote "When the latest owner of the Armenian orphanage tried to demolish the building, hundreds of demonstrators staged a sit-in to stop it" as a caption next to the photo. So when we read it, we expect to see demonstrators but instead the photo only shows a building, half demolished. Let's move on to page 16. The caption written for the photo of the feature piece titled "The Ottoman Empire; A Shelter for all kinds of People" has problems as well. Our editor wrote in the caption "Families of tsrarist White Army found asylum in the Ottoman Empire in Gallipoli," yet in the photo there is no shelter of any kind, but rather people walking and we are not really clear on who they are either.

To sum it up, as important as it is to write captions, it is also important to write them well and accurately. Turkish journalist İslam Çupi said in one of his articles:

"The year is 1962… We are visiting the France-Soir newspaper with a group. In a plainly decorated room, we saw a man gazing at the photographs in front of him. We asked our guide who the man was and what his job was. Our guide told us that the man's name is Marcel Jonquet. His only job is to write three to four captions a day."

Upon hearing this İslam Çupi was surprised. After all, both in Turkey and in many of the countries around the world there is no one with that job description in newspapers. Let's hear the rest from Çupi: "I saw what a wizard Marcel Jonquet was when I saw a France-Soir issue later on." Because Jonquet turned writing captions into an art.

Unfortunately, Daily Sabah editors are far from that expertise. Though there is someone among them who at least dotes on explaining the photographs correctly. I congratulate Yusuf Selman İnanç, the editor of the regional and international pages.

Let's continue with the issue of the use of photography. In the visuals of many news articles, we see pictures featuring the logos of companies or their events if the news article is about them. As examples, we can see the logos of CarrefourSa on the fourth page, Facebook and Rio 2016 on the fifth page and the European Design Awards on the 20th page. This approach can also give birth to unfair competition between companies and events, therefore it is problematic.

Spotting another problem with the visual side of the newspaper, we can turn toward the crowd of photographs taken from stock image sites. Even though these stock images ease the work of an editor, it also lessens the quality and individuality of the newspaper.

Need for a source

Now it is time to take a look at one of the most significant points of the issue. Out of all the visuals used in this issue of the newspaper, only five of them included their source. Two of them belong to Daily Sabah reporters. The other three photographs were taken from Reuters. The sources of the other 55 visuals weren't featured. Just like articles, photographs are also original works but it seems that understanding is still not fully grasped by Daily Sabah editors. That is the reason we see many unsigned photographs in newspapers. Who took the photograph? When was it taken? Where was it taken? These are all unanswered questions. This behavior is against both copyright and ethical rules.

It is clear that thus far we are seeing problems in this regard. This statistics shows that in Daily Sabah, photographs aren't given the importance needed. While photographs are also news sources on their own, here they are seen as an accessory to the text or padding to fill the page. This is wrong.

In light of all these assessments, I relay the following advice to Daily Sabah's Editor in-Chief Serdar Karagöz:

- Daily Sabah editors must be urged to be more conscientious about photographs and their captions. All photos used in the newspaper must be signed or their source must be written. Copyright rules must be adhered to.

Writing captions for all photographs must be mandatory for the editors.

If a photo is suspect for being irrelevant or inaccurate, they must not be used in the pages of the newspaper.
Last Update: May 17, 2015 11:01 pm
RELATED TOPICS