A lesson in journalism: skeptical editing 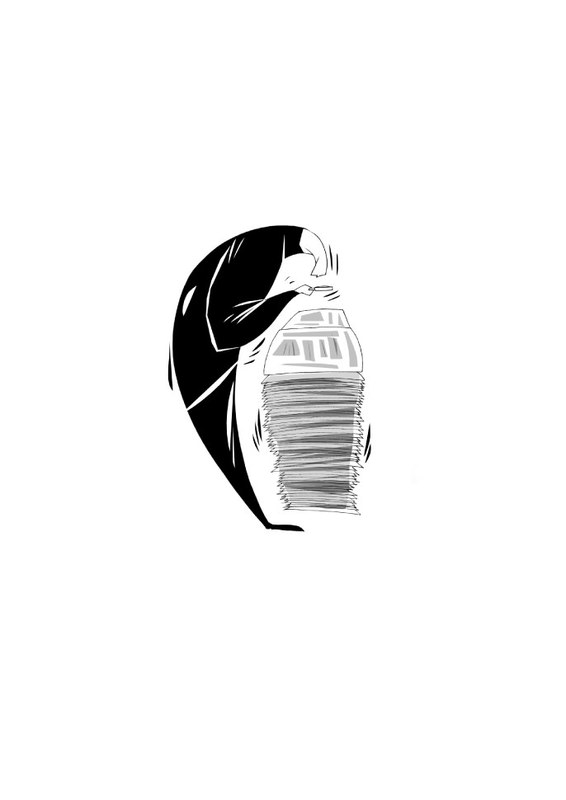 Implementing a skeptical editing system in journalism is essential to clarify the questions on the minds of readers as well as for reliable newsmaking, and since Daily Sabah currently has no checklist for its editors, I strongly urge my colleagues to prepare one

Have you heard of prosecutorial editing? This unfortunate and ominous sounding term belongs to Peter Batia who was once the executive editor of The Oregonian in Portland, Oregon. Veteran editor Sandra Rowe taught and employed an editing system at the paper called prosecutorial editing. If you do not like the term there is no need to fret since one of the former editors of The Day in New London, Connecticut suggested another, and in my opinion, a better one – skeptical editing. Regardless of your preference of terms, the core concept is similar and important for all journalists to properly understand and integrate.

We need to adjudicate all stories, go through them line by line, statement by statement and edit all assertions in the stories by checking the facts. Here are some simple questions every journalist should ask: How do we know this? Why should the reader believe this? What is the assumption behind this sentence? Who suggested that – the reporter, a source or a citizen? The questions go on and on like this.

Productively achieving such intense editing at least requires the editor and the reporter be sitting side by side and working on the story together, at least for a start. Sandra Rowe from the Committee to Protect Journalists once said: "The more of it we do, the more we were sending true fear" through the newsroom. Amanda Bennett, Oregonian managing editor, began teaching it in the newsroom in front of groups of reporters and editors. "People did not know it was OK to ask these questions," Bennet said. The purpose of all this was to "make that role of asking questions OK and to make it conscious." Rather than including more shaky content in stories, more was taken out unless it could be absolutely verified. I recommend Daily Sabah adopt the same kind of editing process as well.

Verification is important. Some newspapers use accuracy checklists to remind staffers of the importance of verification and require them to act accordingly. However, our newspaper, Daily Sabah, currently does not have one.

Some of the checklists of veteran journalists Bill Kovach and Tom Rosenstiel are more conceptual and ask questions such as:

Is the lead of the story sufficiently supported?

Is background material required to understand the story completely?

Are all the stakeholders in the story identified and contacted via their representatives and given a chance to speak?

Does the story take sides or make subtle value judgments? Will some people like this story more than they should?

Have you attributed and/or documented all the information in the story to make sure it is correct?

Do those facts back up the premise of the story? Do you have multiple sources for controversial assertions?

Did you double check the quotes to make sure they are accurate and in content?

Kovach and Rosenstiel's checklist is not the only one out there and there are other checklists more factual and concrete. Here are some examples of their questions:

Have you checked websites, phone numbers and unusual names?

Did you check that all initial references in your story have a first and last name?

Have you checked ages, addresses and titles in order to make sure they are correct? If so, have you written "everything else CQ" above your byline to signal those things are correct?

Do time references in your story include day and date?

Perhaps some editors consider such a checklist boring and mechanical. Some argue that if checklists are handled badly they can erode the confidence of reporters by seeming to squash the creative element of storytelling. This is inevitable. However I disagree with them. Checklists should naturally become an instinct of the editor. If handled properly, such questions can bring reporters and editors together to make their work more accurate and render their content more credible.

I recommend Daily Sabah Managing Editor Nejat Başar prepare a checklist and share it with the editors and reporters before it is too late. The checklist should include some of the questions above.

A red pen for every journalist

Let me give a final example. Tom French specialized in writing long, deep narrative nonfiction for the St. Petersburg Times in Florida. He won the 1998 Pulitzer Prize for feature writing. French has a test, a process to verify facts in his stories. Before he submits a piece for publishing, he takes a printed copy and goes over the story line by line with a red pencil, putting a check mark by each fact and assertion to tell himself that he has double checked that it is true.

French's success with this process surely can be replicated as red pencils can be found anywhere. I remember seeing a couple of them in our newsroom as well and it should not be difficult to read an unpublished story with checklist glasses. It would certainly be worth the trouble.
Last Update: Jun 14, 2015 11:00 pm
RELATED TOPICS