A lesson in media literacy 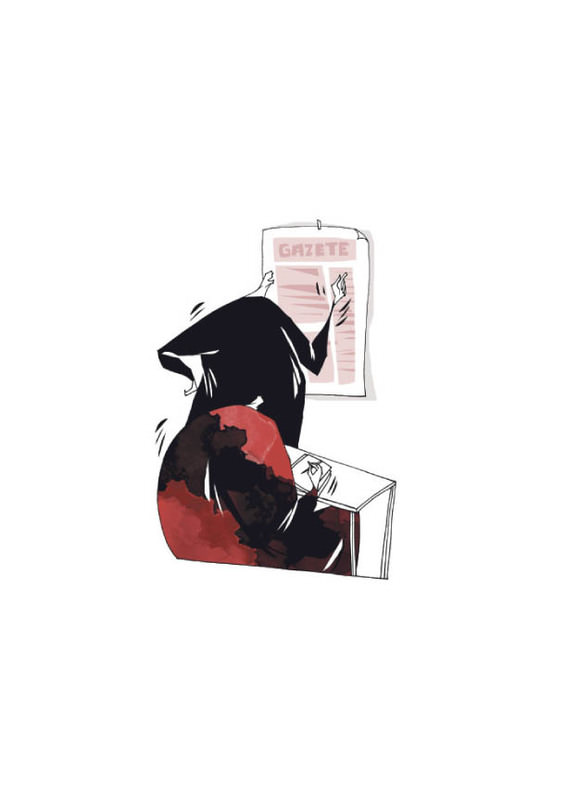 Against the overwhelming influence of the media on society, individuals must be protected by a safety net in the form of media literacy; a course that was adopted by the U.S., Canada and Europe in the recent years, yet neglected in Turkey

When snowfall is severe, elementary, middle and high schools around the world go on holiday and students get to spend the day at home. Turkey is similar in that respect. Governors decide whether or not to cancel classes during heavy snowfall. Under normal circumstances every city has a single governor, but when we look at social media, we might become confused. Last winter a Twitter account identifying itself as the governor of Istanbul canceled classes due to the snowfall and an immense confusion followed that tweet. Getting hundreds of retweets, it even found its way to several newspapers and television channels.

Today's trend on Turkish television is reality shows as they bring in the highest ratings. Wunderkind of Turkish television, Acun Ilcalı, transformed the national channel TV 8 into a reality show heaven after purchasing it. Some of these shows were very successful and audiences became addicted to them. Even so, during election day and night, the show "Survivor" was first in ratings. Several experts believe that this success was because of the channel and show's realistic aspects. Is it though? Are reality shows really realistic?

Let's analyze "Survivor," for example. This show airs around the word in different countries in similar formats. The goal of the show is to give the impression of people living alone on an island.

However, we all know that the shooting does not take place on an island and competitors are surrounded by cameramen, directors, decorators, engineers and doctors among others. Only a small portion of the competition is actually presented on the show and while doing so, only the parts with dramatic, tragic or funny elements are chosen instead of the whole truth. With all this in mind, seeing this program as reality or realistic would be wrong.

Such programs are products of imagination and instead of calling them reality, we can say that they are the fictionalization of reality. The same goes for shows like "Big Brother" and "Super Model."
We have to accept one thing though, that media itself is fictional. It does not reflect the base truth and instead prepares products with special purposes in order to serve them. It is only successful if the product is not seen as fiction instead of reality. However, the truth remains the same. Media is an organism with decision-making mechanisms and limitations.

Media has commercial activities and its products are part of a work plan. Therefore, media organizations have to make a profit. With this in mind, several other questions pop up. Who pays for products of the media? Which economic actors or structures support this business? How are producers, writers, directors, reporters, cameramen and editors affected by economic relations?

When we start to find answers to these questions, only reality becomes apparent to us. Inevitably media is both ideological and manipulative. Media workers are aware that the content and its message they produce has an ideological background and they make their preparations accordingly. All of us indeed live in the same world, but we all look at it from different perspectives in order to make sense of it. This interpretation gives birth to assumptions and values, with all of us viewing the world with subjective criteria. Unfortunately, media has a large part in it.

Media makes social and political statements. It fictionalizes reality and plants its messages into the fiction. Therefore, media adopts an important role in social life and the lives of individuals. Style and content are also closely knit in the media and every media organization has its own aesthetic style. Their preference in aesthetics makes media into a complicated device rather than a simple transmitter. So far so that media can make wrong actions worm their way into social acceptance such as abuse, violence, rape and suicide.

A course for everybody

Against this relatively secret but hegemonic role of the media, individuals can become defenseless and desperate. With or without realizing it, they can become dependent on media and come under its sphere of influence. Individuals must be informed against this danger. Proper reading and watching of the media must be emphasized. In 1938, the famous work by H.G. Wells, "The War of the Worlds," was adapted to radio by Orson Welles, which caused a nationwide panic. During the broadcast, many said that this was fiction and a radio drama rather than reality itself, but a majority of listeners believed that the broadcast was the actual news.

According to Professor W. James Potter from the University of California Santa Barbara, people live in at least two different worlds. One of them is the real world and the other is the world of the media. With rapid development of communication technologies, the lines between these two worlds become blurred and mingled.

With all this in mind, media literacy has gained importance like never before and our ability to analyze messages relayed by the media increases with media literacy. In these courses, visual and aural communication devices are introduced and their areas of affect and powers are relayed. The process of preparation, editing and implementation of messages within news broadcasts, advertisements and news articles are explained as well as their purposes and their techniques and symbols are discussed.

Media literacy courses aim to let readers and viewers answer the questions of what exactly this media represents, who is the target audience of the news and programs and what are their purposes, is the perspective and construct of the news correct, what are the missing factors and why are they missing and who benefits from editing the news this way.

We have to accept that answering all these questions adequately is not an easy feat. It requires understanding social, cultural, economic, political and historical processes in which the content was produced. Nevertheless, it is worth a shot.

The importance of media literacy was recognized in North America during the 1920s. Even though Europe started to grasp the concept in the 1960s, the European Union had to wait until the 2000s in order to form a theoretical frame to handle the issue at the institutional level. The EU granted 3.5 million euros of support for the project since the Lisbon Strategy and the subject found its way onto the agendas of several EU countries.

Today in countries such as the U.S., Canada, the U.K., Germany, the Netherlands, Italy, Spain, Sweden, France, Denmark, Finland, Austria and Australia, media literacy is a course just like math or science. In Turkey, however, despite huge efforts, it is only an elective course for sixth, seventh and eighth graders. This is a fundamental deficiency and the National Education Ministry should prepare the necessary foundation to make it a required course.
Last Update: Jun 21, 2015 10:57 pm
RELATED TOPICS