Off the record: A journalistic dilemma 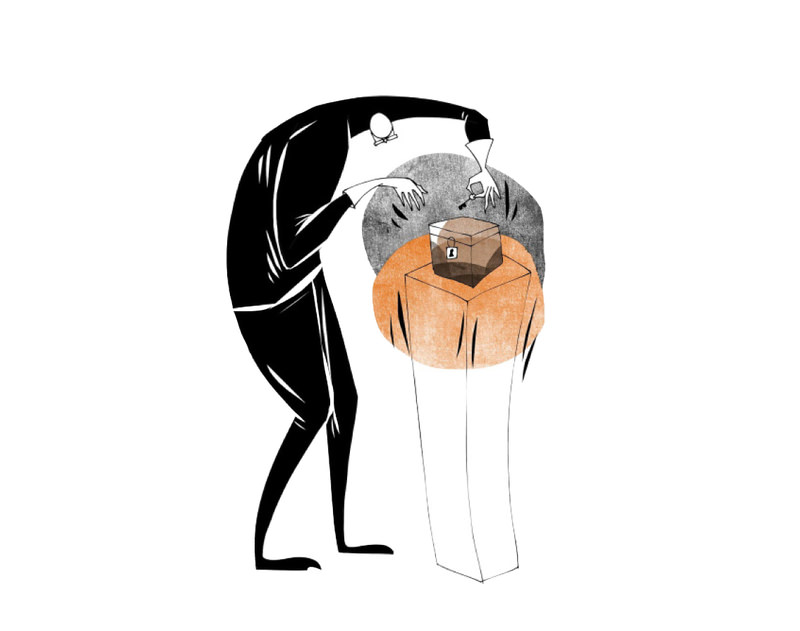 The use of the term ‘off the record' is leading to controversy, and as sources try to retract their words while journalists find excuses to print off the record content, it doesn't seem like the controversy will end any time soon

Is there a possible justification for including "off the record" comments said during an interview? Many who have studied journalism ethics would answer this dilemma with a clear "no." But theory and practice are also separated by a large cliff as they usually are on many occasions. Many journalists think that the death of a source, changing circumstances and/or lies of the source that are uncovered can serve as a justification for printing off the record statements.

What is the main requirement for a statement to be considered as off the record? The answer is quite simple: The source should warn the reporter before making the statement or giving the information by saying it is "off the record," and the reporter should agree to that condition. Otherwise, both parties are not in agreement. As Cindy Ruckman stated: "If you talk with a reporter, please don't say after commenting that the conversation (or parts thereof) is now off the record. Interviews cannot be put off the record retroactively."

What if the source gets cold feet about the consequences of his or her interview and asks the reporter to withhold several parts even though they were on the record during the time? To be honest, there isn't much the source can do on this point. The reporter is not obliged to comply with this request of the source. Whether or not information and statements are off the record or should not be determined before they are shared.

Cliff Treyens said, "I do think that you should never tell a reporter anything you are not prepared to see in a news story." This also prompts an important question: Why do people tell journalists stories and information they do not want to see published? Is it because they feel lonely and look for a willing ear? Is it because meeting with journalists makes them good friends over a cup of coffee? Or is it because they want to manipulate journalists?The fact is that even if you agreed beforehand a statement or information is off the record doesn't mean that for the reporter they are considered null. Journalists do not forget those sentences as soon as they are finished. Moreover, those sentences becomes background information for the journalist and help shape his or her research. Sometimes journalists release this information without identifying the source in their columns. Even if they do not publish them, these off the record parts influence them with regard to the story and source as well as helping to form a bias.

All this shows that the application of "off the record" is a term that can easily be manipulated by both journalists and sources. Therefore, caution should be in high demand.

According to the Associated Press (AP), off the record means the information (given by the source) cannot be used for publication. The AP does not mention any time limits or exceptions to its application, and I agree with that statement or the lack of it. Off the record statements should never be published.

Here are several ethical principles that journalists and their sources should follow in this matter:

- Keep media interviews on the record unless there is a compelling reason to do otherwise.

- Develop and adhere to recommended standard definitions of off the record and other journalistic techniques.

- Agree to ground rules before beginning an interview. Ensure that both parties explicitly agree to abide by the ground rules.

- Confirm that both parties are empowered by their organizations to enforce the confidentiality of off-the-record interviews.

- Negotiate ground rules before every interview, even if you're simply renewing the conversation after a short break.

Last week, we lost one of the most important writers of Turkish literature, Okay Akbal. Besides being the author of over 30 books, he also worked as a journalist for over 50 years.

Cumhuriyet newspaper wrote about the passing of Akbal in an article entitled: "We have lost our writer Oktay Akbal." In the article they also said: "He was continuing to write columns for Cumhuriyet."

However, we know that this title and sentence were not truthful. Cumhuriyet newspaper censured one of the articles of the writer prior to ending his columns. Akbal's wife Ayla Akbal talked about the event in an interview with Aydınlık newspaper: "Last November they dismissed Oktay Albay without any reason or notice given. We didn't talk to anyone. We also waited for some sort of explanation from them. As paychecks stopped coming, we realized he had been fired. Right now, we have no relations with Cumhuriyet newspaper. I even hid the situation from Oktay so that he wouldn't be upset. I don't want to talk much about it right now. My only thought is with the recovery of my husband."

Akbal said after the newspaper censured his article criticizing the removal of Cumhuriyet's Ankara correspondent Mustafa Balbay: "A writer criticizes his or her own newspaper when necessary. Just like he or she criticizes everyone or everything else."
Indeed, newspapers can be criticized even by their own writers. Instead of censuring the article, newspaper should respect freedom of speech and thought as well as criticism.

An article without a byline lowers the credibility of the newspaper for readers. The same goes for photographs in the newspaper. Seeing photographs published in the newspaper as secondary or completing elements of news articles is faulty. A photo on its own is news, and it should be considered as genuine work. When it comes to photo usage, copyright rules and byline principles apply. Daily Sabah editors should respect the work that went into its creation and give credit where it is due. Otherwise, they face the risk of disregarding laws and ethical principles.

This rule does not only apply to the printed version and goes for the website as well. With my assistant İsmail Selim Eşsiz, we review all of our newspapers throughout the week and publish statistics on photo bylines. Let this be a warning to our editors.
Last Update: Aug 31, 2015 2:18 am