A commonplace tactic: Lies and half-truths 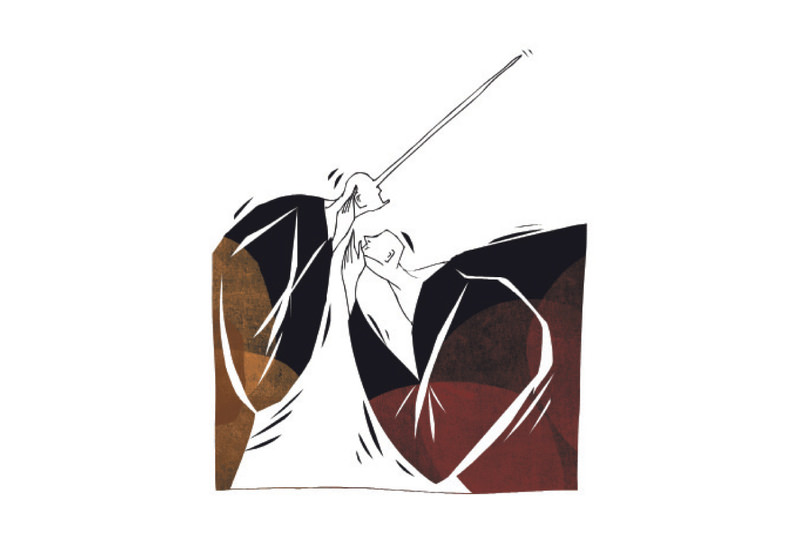 Amid the misinformation and false propoganda launched on social media, journalists must take everything with a grain of salt so as not to be an instrument in the spreading of lies

There is a famous saying about truth and lies: "A lie can travel half way around the world while the truth is putting on its shoes." With the increased use of social media we see many examples of the wisdom of this saying in life. Some might think that no matter how fast a lie spreads, the truth will catch up with it. Indeed, truth has a nice habit of getting out sooner or later, but sometimes it might be too late.

In our history we have seen many instances that prove this reasoning. Let us remember the Istanbul pogrom, also known as the Sept. 6-7 events, that took place in 1955. Several headlines in Hürriyet provoked some people living in Istanbul against Greeks living in Turkey, and in two days Turks killed and wounded many and inflicted a devastating amount of property damage. Later on the truth indeed came out as people understood that what the newspaper was reporting was false, but the loss of lives and good relations with our neighbors were irreversible.

Currently we see social media is filled with similar manipulative news that can result in explosive events just like those of Sept. 6-7. I accept that social media creates a new type of public sphere that allows people to freely express their views. However, this freedom can easily be exploited by provocateurs, scammers and terrorist organizations, which are aware of the power of social media and use it as a means to distort people's views.

Many examples of this were seen during the 2013 Gezi Park protests. I can list a few of them off the top of my head:

Inspired by a false tweet, Republican People's Party (CHP) deputy Adnan Keskin said during a program on Halk TV that a young woman named Aylin was crushed to death under a police panzer. Opposition media shared this news from social media with their readers for hours until it was proven false. However, by that time hundreds already took their place in protests and many attacked police headquarters in retaliation for the young girl crushed to death by police.

Images of injuries from around the world were presented as if they were the results of police brutality during the Gezi Park protests. Another deputy from the CHP, Hüseyin Aygün, shared a burn injury image that was unrelated to the protests and found on Google and said it was a result of chemicals sprayed by the police.

An image of an injury caused by a ship's propeller was presented as the result of police torture. In İzmir, a person wanting to reconcile with his wife said police kidnapped and tortured him in the forest, but when his cellphone signals were investigated his lie was evident.

There was another rumor circulating on social media that a journalist's son was detained during the protests. Later on it turned out that the son in question was abroad at the time.

It goes on and on like this with many examples of similar manipulations that took place during that period.

A similar attempt is currently being made by the PKK and its supporters concerning the incidents in the Cizre district in southeastern Şırnak province. Following the curfew imposed in Cizre on Sep. 4 in order to prevent civilian casualties amid operations against terrorists in the province, PKK and Peoples' Democratic Party (HDP) supporters on social media went on posting deceptive photos so as to mislead the public and give a false image.

Let's take a look at several of these posts complied by Daily Sabah:

"One of the most striking images posted on Twitter to outrage the people and lead them to turn their backs to the government is the dead body of a 2-year-old in a freezer. The Twitter post says: 'A little child killed in Cizre kept in a freezer. The Turkish State doesn't let the baby be buried.' However, the story is far from reality. The truth is that the baby was killed a long time ago in an Israeli attack in the southern Gaza strip."

"Another image features a heavily wounded young boy who is probably about to die laid on a table with his mother hugging him in despair. The caption reads: '7-year-old Baran Çağlı lost his life after being shot by soldiers and police in Cizre.' Even though the image has been re-tweeted many times, it is not true. The photo was used in a 2007 article covering the war in Iraq."

"False images on social media were not limited to these two examples. A photo of a small child hugging his dead father covered in blood on the sidewalk was tweeted with the description: 'I ask those who ask: Why do these children join the PKK, Why wouldn't they?' The message on social media falls into the category of disinformation. The actual story presents a man killed due to a blood feud in the Tarsus district of Mersin."

"Efforts to degrade the army and police working meticulously in the region by distributing false images did not stop there. Another image shows a couple of snipers on a minaret balcony and a helicopter in the background. The images were tweeted as if the Justice and Development Party (AK Party) placed snipers on a minaret balcony with the goal of hindering the imam from reciting the call to prayer. The truth behind the story is completely different. The photo was taken during a local election rally for President Recep Tayyip Erdoğan, then-prime minister, in Van."

What is even sadder than all this misleading social media propaganda is that journalists fall into this trap and use these deceptive articles and images in their newspapers and websites as if they were real. I call on all journalists to approach social media with a grain of salt in order to avoid reporting false news. It is crucial to check the source of allegations and search for evidence and proof before reporting. Otherwise journalists will also become a tool of terrorist propaganda.
RELATED TOPICS