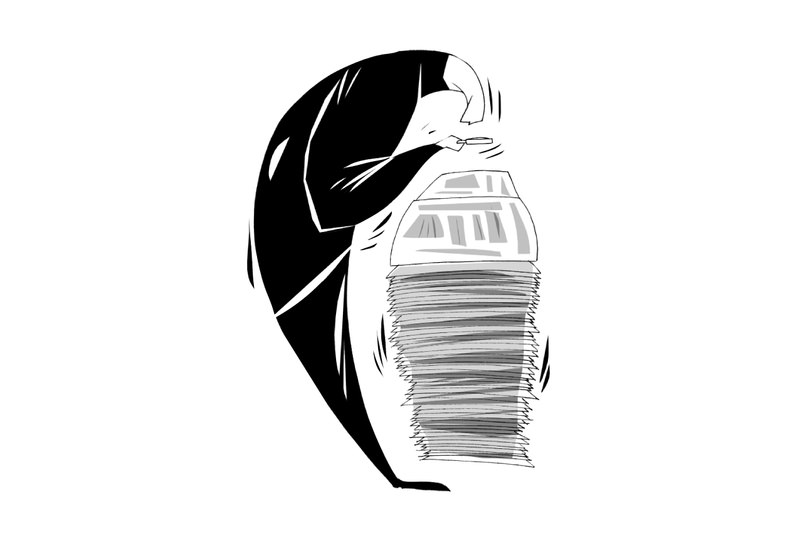 After the correspondence between Ambassador Madsen and our editor Kaçmaz on the issue of Denmark's alleged closed-door policy regarding refugees, several assessments can be made this time as we continue where we left off last week

Last week, we touched on the subject of media coverage of Syrian refugees as well as the concept of how photos can change the focus of the public eye in a single day where piles of articles miss their mark. Incidentally, controversy followed on whether or not countries were doing their part in the humanitarian crisis or simply playing to the crowds as a public relations move. Daily Sabah also took part in the controversy with an article titled "Denmark's double standard on Syrian refugees," which was published on Sept. 13 by our web editor Rahmi Osman Kaçmaz. In his news article, Kaçmaz criticized Denmark's alleged closed-door policy and the viral photo of a Danish policeman playing with a refuge girl, implying that it did not reflect the country's stance on the subject.

This initiated a correspondence with Danish Ambassador Ruben Madsen, as he sent us a letter of criticism on Sept. 15. We published both the initial letter and our editor's response in the Sept. 21 edition of Reader's Corner titled "Newfound support for refugees or a PR campaign?" For more background on the subject, check out the article on our website.

We continued the correspondence with Mr. Madsen last week by relaying the questions of Kaçmaz and received another letter. To respect the right to reply and retort, we will publish the ambassador's letter addressed to our assistant ombudsman İsmail Selim Eşsiz:

Thank you very much for your email dated Sept. 19 regarding the correction letter we sent in response to an article that was published in your newspaper on Sept. 14.

Denmark fully appreciates and commends the fact that Turkey has opened its arms to more than two million refugees, and Danish leaders have expressed their gratitude over Turkey's hospitality on numerous occasions.

However, we do not believe the issue here is a comparison of the numbers of refugees received by Denmark and other nations but rather the said article's mistaken assertion that Denmark's doors remain closed to Syrian refugees.

According to the latest official figures, Denmark has admitted 8,900 refugees at the Danish border since Sept. 6. As I understand it, almost all who showed up at the border have been admitted into the country.

About 1,500 to 1,600 of the new arrivals have claimed asylum in Denmark. It is not possible yet to provide any figures on how many of those applications have been concluded favorably since it takes a long time to process asylum applications.

Furthermore, Denmark announced last week that even though it has an opt-out on the EU's immigration policy, it would accept an additional 1,000 refugees in the near future if European countries agree on a common solution to the refugee influx.

I wish that Daily Sabah would fairly reflect this in the future.

After receiving the letter, we also took Kaçmaz's take on the matter as we did before, and this time he addressed his letter to our section. Here was Mr. Kaçmaz's response:

"The doors of Denmark may not be completely closed to Syrian refugees, but the attitude of Denmark still contradicts the image displayed at the time the article was written. The immigration minister said that Denmark had no reason to take in refugees and that this was nothing dramatic.

Since Mr. Madsen claimed that there are no figures on the number of total asylum applications for the past three to four months, my previous question was not entirely answered."

As we look at both takes on the subject as well as the article, it is possible to reach certain conclusions. First, let us look at the facts in the article. It appears that Kaçmaz's claim was based on two things: The statement of Danish Minister of Immigration Inger Støjberg and an announcement in Lebanese newspapers signed by the Ministry of Immigration, Integration and Housing. The announcement stressed that refugees seeking asylum in Denmark will have "significantly" lower social benefits – significantly being a 50 percent cut.

When we look at both of these points, Kaçmaz's article had merit, and Denmark's approach to the refugee crisis contradicts what the viral image represented. However, as we highlighted in the previous week's Reader's Corner, if 2015's numbers can void the article's main point, then the writer should have either researched them beforehand or if they were yet to be determined as in this case, he should avoid using a statement such as "didn't change the fact that the doors of Denmark remain closed to Syrian refugees." After all, what the article suggested was a claim and a strong one, but it was not a fact as there were no numbers to back it up.

Let us move on to the part about unanswered questions. The burden of proof lies with the prosecution in the law; in this case, it is no different. Our editor should have researched those numbers before publishing the article. He also should have asked for a comment and initiated this exchange before writing it as well.

So, here is my take on the subject. The parts of Kaçmaz's claim that are supported by Støjberg's remarks and the announcement in the Lebanese newspapers contradict what the image suggested. However, the closed-door comment was not a proven fact and portraying it as such would be wrong. Thus, that sentence as well as any other with the same meaning should be changed. Additionally, as the article lacked a comment from Danish authorities, these two letters from Mr. Madsen should be added to the original article to provide perspective from both sides of the issue.
Last Update: Sep 28, 2015 2:17 am
RELATED TOPICS