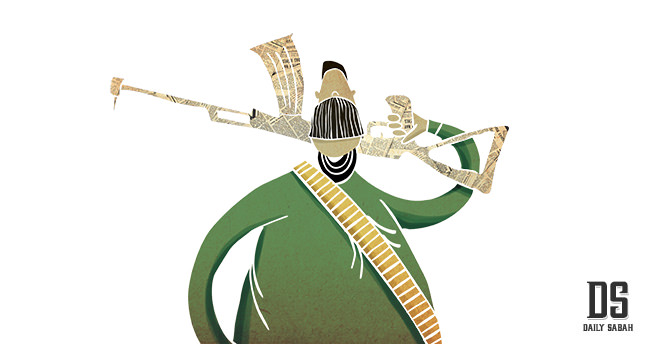 The beginning of 2016 has not started off on the right foot with Turkey experiencing two terror attacks within its borders in the last week. The first attack turned the most iconic and historic districts of Istanbul, Sultanahmet, into ground zero when a suicide bombing in the historical center of the city left 10 people dead and several wounded. The majority of the victims were tourists from Germany. Two days later, terrorists targeted the opposite corner of the country, with a bomb attack in Diyarbakır. That attack left six people dead – including one baby and two children – and 39 more were injured. As civilians we can only offer our condolences to the victims' families and express our grief over these terrible attacks.

Comparatively, what we are seeing in the media's coverage of these tragic events warrants our attention. Both of these attacks were undoubtedly terrorist attacks, resulting in civilian casualties and scores of people injured. However, when we look at the local and international media's coverage of these two attacks – as well as previous terror attacks – what we are seeing can only be described as hypocrisy.

Let's start with the international media. It is quite evident that the international media goes to great lengths to broadcast extensive coverage of terror attacks that occur in their respective countries; like we saw after the tragedy of the Sept. 11 attacks in New York City. The most recent example of this sort of biased international coverage was seen following the attacks in Paris. However, it is evident that, when similar terrorist attacks happen in other countries in the Middle East or Africa, for example, this responsibly through media coverage vanishes quickly and ethics get thrown out the window, in favor of uncensored images and videos of terrorist attacks.

The bombing in Sultanahmet has proven that the international media is maintaining its hypocritical stance toward terror attacks and Turkey is no exception.

As we have stressed numerous times, everyone knows that for terrorist organizations, terror attacks are only as successful as the publicity they receive in the media. These organizations aim to spread fear and terror – hence the name used to refer to these groups – and, with that atmosphere, they try to achieve their goals. Thus, the easiest way to cause mass chaos and send panic waves across the world is by manipulating the mainstream media outlets.

Experts on terrorism and the media always insist, therefore, that the media is the most important tool a terrorist organization can have. Albeit unknowingly, the media spreads terror and fear by amplifying it using sensationalist tactics and ultimately becomes the messenger of terrorists.

Granted, this does not mean that media outlets should drop all coverage of terrorist attacks. On the contrary, the media should approach coverage of the attacks from a humanitarian perspective rather than a political one; acting in accordance with the guidelines of responsible journalism. This includes the upholding of media ethics; or "ethical journalism." Bloody images of terror victims must not be broadcast on television stations or featured on the pages of newspapers because respect for the victims' families is paramount. Broadcasting the speculations as to "how" and "why" these attacks happen in the face of a lack of information also contradicts responsible journalism. Namely, the CNN network displayed images of the Sultanahmet attacks without the censorship it used in covering the attacks on American or French soil.

By broadcasting images of those killed in the carnage, the media is blatantly discriminating against Turkey and disrespecting those who lost their lives and their loved ones. That same network chose a different approach when covering the Diyarbakır attack, however.

The international media outlets are not the only ones shouldering the blame, unfortunately. Now, let us put ourselves under the microscope and take a look at the Turkish media. Media outlets in Turkey have continued to operate mindless of the principles of journalism despite numerous warnings and long arguments regarding the matter.

the media organizations that have adopted an oppositional stance continue to use these attacks as political propaganda to advocate the agendas of their newspapers and television channels, continuously using each terrorist attack as an opportunity to attack the government. The international media follows suit, of course – which I will now elaborate on further. The opposition media tends to adopt different attitudes toward terror attacks as they occur – offering different perspectives as we have seen in the coverage of the Sultanahmet and Diyarbakır attacks last week. The opposition media named DAESH as the culprit of the Sultanahmet attack in their news headlines but, when it came to the Diyarbakır attack, the terrorist PKK organization – and likely culprit – was not mentioned. The same difference was apparent in international media coverage as well. Those outlets also featured the DAESH attack in Istanbul quite extensively but ignored the PKK attack almost entirely. They also referred to DAESH as a terrorist organization firmly; as it should be. However, the PKK had more vague attachments to its name in the coverage of the Diyarbakır attacks. They used noncommittal statements like, "the PKK, seen as a terrorist organization by Turkey," et cetera.

The trend of media hypocrisy goes farther, though. Another comparison can be made in the same regard, looking at a Turkish media source. Following the terrorist attacks in France, Cumhuriyet newspaper's headline read, "Fransa Çocuklarına Ağlıyor (France cries for its children)." In stark contrast, the bombing at Sultanahmet was featured under the headline, "Katliamlar Ülkesi ( Country of Massacres)" in the daily. We can see a pattern of behavior here, with Cumhuriyet putting its own country into the crosshairs instead of DAESH – the perpetrator of the attack – pinning Turkish newspapers against one another.

Several news websites committed similar blunders as well. T24, a news website that frequently mentions media ethics, has no qualms in publishing the images of the victims of DAESH attacks. Hurriyet newspaper also featured a headline that read, "Bu Saldırı Turizmi Kötü Vurdu (This attack hit the tourism sector badly)" several hours after the Sultanahmet attack and produced a discourse that served the interests of DAESH.

In order to address the issues arising from Internet journalism and the use of the Internet as a source of information, as well as a tool used by media outlets, the Digital Media Platform has been founded under the umbrella of the Media Association in order to find solutions to the problems that arise in journalism from using the Internet.

The founders of the platform are:

In a meeting on Jan. 15, Yunus Göksu was elected the coordinator of the platform and the meeting focused on representation, education and ethics.

The decision was also made to increase the already extensive representative power of the platform in order to become more inclusive. The platform will also provide vocational training in Internet journalism under the umbrella of the Media Association and will aim to bring changes to digital media legislation.
RELATED TOPICS