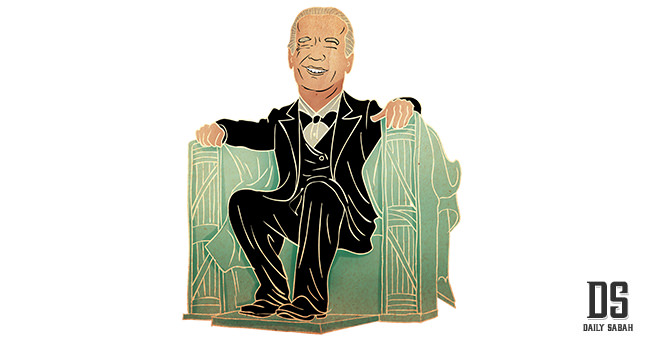 For the last three years, winter has been a welcome sight for those watching the Netflix series "House of Cards," a big hit featuring Kevin Spacey as Francis Underwood, the House majority whip. While the series focused extensively on internal political struggles in the United States during the first two seasons, the third season focused more on schemes surrounding foreign policies. One of the most important scenes in that regard was the political battle between President Underwood and the president of Russia, Viktor Petrov. Caitlin Gallagher from the Bustle explains the scene neatly:

"Nadezhda Tolokonnikov and Maria Alyokhina of Pussy Riot joined "House of Cards" season three as themselves to confront the Russian president. No, Vladimir Putin did not appear on the Netflix show, but a fictional President Viktor Petrov was the target of Pussy Riot's rage on "House of Cards." Tolokonnikov, Alyokhina, and activist Pyotr Verzilov protested during a dinner, while Petrov visited the White House and President Frank Underwood.

In 2013, the Russian band Pussy Riot were found guilty of hooliganism (yep, that's a thing) after a protest song against Putin. In "House of Cards," Pussy Riot was invited to dinner at the White House with fake Russian President Petrov in attendance. Petrov toasted Claire (the first lady) then toasted his fellow Russians – despite their "differences" saying that they shared "a deep love of our country."

The two women of Pussy Riot responded in kind (speaking in Russian with Verzilov translating) with a speech of their own. It included scathing commentary like, "Viktor Petrov ... Who is so open to criticism that most of his critics are in prison.

Petrov took the blow by responding, "Let us all drink and laugh like true Russians do." But the three activists were not about to agree to that. They poured their champagne on the table, dropped their glasses and stormed out of the dinner."

After Underwood decided to press Petrov into a corner, he resolved to stop the negotiations and used Pussy Riot's protest as an opportunity to make his move and seem humane and concerned about freedom. The scene was one of the numerous battles of wits between Underwood and Petrov throughout the season, but this particular one reminded me about a similar event that took place last week.

How does the U.S. want to use the Turkish media?

United States Vice President Joe Biden came to Turkey this week to consolidate cooperation between Ankara and Washington in the fight against Daesh, as well as other elements affecting the situation in Iraq and Syria. Considering the different viewpoints on the situation in the region and the anti-Daesh mindset of the parties, one would expect that a two-day visit would be packed with talks between Biden and the Turkish government, but Vice President Biden decided to spice things up a little and arranged another meeting for the same time period.

VP Biden might be a bit enamored by "House of Cards" because his choice of people who were invited to the meeting showed a trend similar to the scene mentioned above. According to the official statement, here are those invited:

"Six Turkish civil society members also at table, three on each side flanked by U.S. officials on corners:

Judging by their titles, while these people seem varied and distinctive at first glance, they share one trait rather strongly: They are all strong critics of President Recep Tayyip Erdoğan and the AK Party. This leaves little doubt as to why they were selected for the meeting. The situation also managed to stir up some waves among several journalists. They penned a joint statement:

"U.S. Vice President Biden should hear more than one side of Turkish journalism

Vice President Biden only met four handpicked journalists in Istanbul who are known for their similar political opinions.

The vice president once said a government can't function fairly and transparently without freedom of the press or expression. Yet he only met likeminded journalists and neglected or dismissed the rest of the Turkish news industry, which is very diverse and rich.

We believe it would have been more beneficial for the United States to reach out more broadly across the spectrum of political opinion among Turkish journalists in the news industry."

Here are the names of several journalists who signed the statement:

We also had the chance to talk with the journalists who signed the statement. The common trend among them was to say they weren't particularly falling over themselves to meet with Biden as a fan would and assured us they weren't after his autograph either. They said their goal was to emphasize the partial attitude.

The event and selection process also provides us with the reason why officials from the United States fail in their goals when it comes to the media and public relations as far as Turkey is concerned. Ambassadors and consulate officials of the U.S. prefer to deal with a particular part of the media and certain journalists rather than the whole of it. It goes without saying that this also jeopardizes the image of the United States in Turkey. These officials as well as VP Biden should understand that this kind of political maneuver has little credibility among the public.

Biden made several remarks concerning media freedom in Turkey along with his meeting with the family of Can Dündar, as a show of support. However, one can't but wonder about his consistency, considering his remarks on Julien Assange, calling him a "hi-tech terrorist," while hailing Dündar as a "hero" who faces similar charges.

Of course, for Vice President Biden, questions revolving around consistency are nothing new. He has been dodging left and right when the subject turns to Israel and the niceties he showed during his visit to Turkey would be effective if he only shared similar concerns about journalists who lost their jobs because of their criticisms of Israel. Indeed, those journalists would welcome a show of support from Biden.

Lastly, I would like to emphasize that using opposition elements and journalists in a foreign country as a tool in political maneuvers and negotiations might seem exciting and witty on a TV show, but remain highly unethical in the real world, not to mention the enormous damage towards the media and its principle of objectivity. We hope that as season four of "House of Cards" is coming up, VP Biden would take the strategies of Frank Underwood with a grain of salt and remain unaffected by the show.
Last Update: Jan 25, 2016 1:09 am