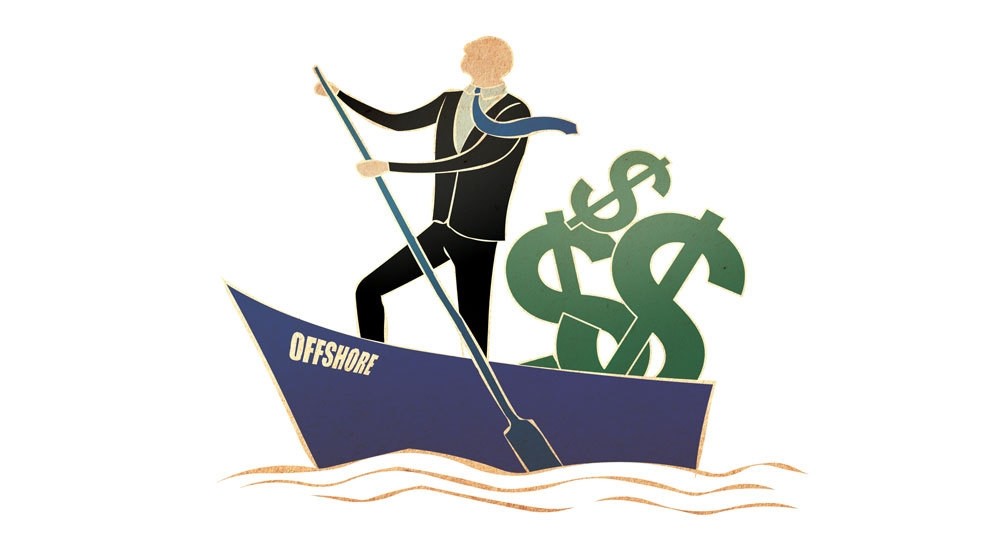 Illustration by Necmettin Asma - twitter.com/necmettinasma
by İbrahim Altay Jul 11, 2016 12:00 am

As the dust settles after the reveal of the Panama Papers, it is time to look past the horde of documents and question the real implications

In the first decades of the 21st century several occupational groups took upon themselves special missions when arguments about finance and tax systems were raging. These groups included journalists, members of the judiciary and non-governmental organizations. It seems that adding academics to the list would not be amiss, as they start to take over the duty of protecting the capital from politicians, bureaucrats and soldiers.

During these times we also see that a special type of journalism gets the entire spotlight. This new type of journalism can aptly be called "leak journalism," and its practitioners behave as a light in one of the cells of the Panopticon. The latest example being the Panama Papers. There is a distinct difference between the Panama Papers and its equally well-known predecessors like WikiLeaks or the NSA leaks. In both previous examples we knew more or less the technical details of the leak, like who leaked it and how it was leaked. We watched as Julian Assange ended up in the Ecuadoran Embassy and some of his friends in the United States were sent to prison. The same goes for Edward Snowden, since we also saw his long wait in various airports. What is more, the carriers of the leak were also more or less the publishers of the classified material.

This time, however, the job of analyzing and publishing the leak seems to have been outsourced to a consortium. The initial perpetrator is hidden from the public eye, and if we are to believe the rhetoric, our source is a responsible citizen who wants to expose crimes and criminals and hides his or her identity out of fear of safety.

What is odd is that this secrecy does not ultimately add any intrigue to the story, because when we ask who was behind it, the answer comes quite readily as those responsible do not hide their identities. On the website of the International Consortium of Investigative Journalists, the names of the state organizations of the United States or foundations such as the Ford Foundation and Open Society Foundations are pretty clear.

The ecosystem of revelation

We said before that the intention of the source was exposing the crimes. No doubt the words investigative journalists as it stands authoritatively in the name of the organization that distributed the documents catches the eye. Such notions are regarded with the highest legitimacy and are products of an unquestionable ecosystem. This would be a good starting point to debate the journalistic side of things.

Some say that exposing and publishing these documents was a journalistic success. There were arguments on how these leaks were a lifeline for the barren media and resuscitated journalism by putting journalists on the front line.

They are not wrong, either, because one of the chief roles of the media is to expose crimes, hidden agendas and dirty secrets. No media organization can sit idly by while such scandals surround heads of states, artists, athletes and other people who the public are meant to trust.

But that does not mean we should stop questioning the nature of the leak and purpose of the leaker from the perspective of journalistic ethics.

Of course, against those who think leaks are the lifeline of journalism are those who think that journalism is drowning in abundance of documents. They believe that the media is becoming more insatiable with the material uncovered and turned into a tool. Most importantly, they argue that the abundance of documents leads to a problem of focus. That is to say, as investigative journalism aims at going deeper instead of wider, it also rings the death knell of the profession. This is especially the cases where the line between source and news is cut.

A number of important questions still have not received satisfactory answers. Are the documents doctored in any way? Did the documents go through an elimination phase before reaching journalists? Whose agenda does the leak help progress? Since the consortium mentioned above says it will not release some of the documents, what are the contents of those documents?

Without the answers to these questions we can only speculate about whether the Panama Papers are the whole truth or only a specific part. And if they only uncover a part of the story, then it is not difficult to imagine that someone's agenda is being advanced while another's is getting the sharp end of media rhetoric. But whatever the end result is, we will wander away from the original topic at hand.

What are we not discussing?

To think that the debates surrounding the Panama Papers only concern issues of hiding wealth and tax fraud and evasion would also be a mistake. While the archives of Mossack Fonseca, the company at the center of this storm, are quite substantial, the papers are only a small indicator of the off-shore intrigue.

The reason for this is simple, as every country has the potential of becoming a tax or finance heaven. The difference between the finance and tax laws between countries is the cause behind this. In order to find a back door to the system, one does not need to go all the way to Panama – not all shell companies are based in Panama or operate from there. And let us not forget that Mossack Fonseca is not even the biggest company operating in that country.

From a journalistic perspective we have to ask two questions. First, what are we debating? This can be answered roughly as companies, people and misconduct, the names in the documents, their alleged crimes or faults and so forth. At least that is the way the wind blows right now in so far as journalism and the relevant law enforcement agencies are concerned.

Second, what are we missing? After all, the tip of the iceberg – or treasure – is revealed, but the rest is still hidden somewhere. As we discussed journalism previously, this time the answer would be the system itself. If we do not see the Panama Papers as an opportunity to look past the horde of documents, to jump over the invisible barriers all around and finally look at the game itself instead of its players, the only thing we will accomplish will be tuning in to a reality show in the guise of investigation.Welcome to the Panama show. You will not be seeing cameramen, security, medics, decorators or producers onscreen. We will only show a small bit of our recorded footage. But you will not turn your eyes from the screen and our ratings will climb.

For quite some time, and on many different platforms, I have defended the view that the Turkish media has a bigger problem than being pro- or anti-government, despite that this is how the situation is usually portrayed in both local and international circles. The real problem that I claim is affecting the field can be described as unprofessionalism, occupational inadequacy and overall cheapness. Turkish media is, in the main, a medium without a set of standards. As said in a debate two months ago in Turkish monthly magazine Lacivert, Turkish media looks like a house filled with garbage.

By way of example, we see that one of the most discussed topics in international conferences and expos is work flow. As transportation and communication technologies evolve over time, the jobs and roles in media are rewritten because it heavily depends on these two fields. Journalists around the world try to find out how to deal with time loss or how to deliver news to the reader in the fastest way possible without sacrificing truth and accuracy. Opportunities to lower costs and increase output are laid on the table.

Unfortunately, most of the media in Turkey has not only isolated itself as far as possible to these debates, it is also very cumbersome in every aspect of its daily and yearly operations. Our media has surrendered to a work flow and job distribution that is highly ineffective. We are in a situation that allows everyone to do anything and anyone to do nothing. Arbitrariness inhabits every corner of the media in this country.

Once the bulkiness of media companies poses serious problems, the companies start to downsize and, consequently, we learn that they let go of their colleagues. But these are only short term solutions and the overall inadequacies of company and sector practices remain. The answer lies not in shrinking personnel but in changing the system, and doing that requires both courage and wisdom.

Although the personnel base of Daily Sabah is younger and more open to change compared to its counterparts, as long as the system stays the same, every improvement they bring will be short-lived. Without radical change, the overall situation of the Turkish media poses the risk of shaping them into one of the gears that currently makes up the unhappy form of media practices.