A balancing act between the media and its sources 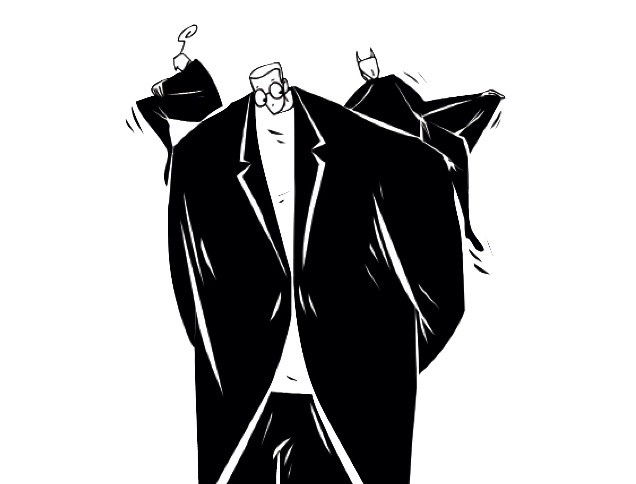 The relationship between a journalist and the source of information is as old as the job itself but it is important to realize that this relationship is a mutually beneficial one, as long as journalists remain diligent in the face of potential manipulation, to protect the credibility and integrity of their names and newspapers

Despite ongoing discussions on whether its effectiveness is waning or not, the mainstream media still represents a great source of power and influence due to its ability to influence public perception. Thus, the media is referred to as the fourth estate and considered one of the pillars of a strong democracy. However, as with any power, this comes with a long list of responsibilities and a lack of consequences other than informal ostracization in most cases when those powers are used for ill.

Numerous possible scenarios regard the extent of power the media has in terms of serving unethical means. One cluster of possibilities revolves around an important aspect of journalism: News sources.

Of course, when we talk about news sources, we refer to a variety of things. News sources can be rumors swirling on social media or official news agencies. However, at this this time, we will look at the conventional, "old-school" definition of the concept and that is people. Journalists are heavily dependent on their sources; whether those sources are high-ranking politicians passing information or a well-connected person familiar with the glamorous lives of the rich and famous. It can be a witness who saw a newsworthy event or it could be a worker or whistleblower aware of some sort of corrupt practices. Sources can be a one-off or a gift basket that keeps on giving.

In many cases, a reporter is as competent as their web of sources when it comes to getting a scoop. After all, press releases are available to everyone, but the ability to reach a source with a single phone call is how newspapers stay one step ahead. It is a relationship based on trust. Journalists who trust their sources adhere to wishes regarding anonymity, reporting on statements without twisting them in any manner. Journalists trust their sources based on the validity of information, as their names and integrity are on the line if the said information is slander or simply false. Sources are the lifeblood of a reporter as they amass them over their careers.

Of course, apart from access to sources, a good journalist should also be able to sort bad information from good when it comes to reaping the reward of the said sources. After all, a source could give manipulative information to further the personal agenda of that source's company. Or, a politician could take a pot shot at an opponent with the media or a singer could pressure a rival with negative press. One such event was the reason we decided to cover the subject this week.

In the past week, a tabloid featured a news article about a socialite, reporting on her alleged heavy alcohol use and unruly behavior based on two unclear photographs taken with a cellphone. The news article had a sensational but false headline, along with a string of unconfirmed claims. Even the said inebriation was nothing more than a claim.

But wait - there is more! On the same day that the news article was published, that socialite stated that she was not even in the place as the report had indicated. She then said that these were likely potshots by jealous people that sent the photos to the reporter, claiming it was she. After doing a bit of digging, we found that the socialite in question was correct, and she had an "alibi". The person in the photos was not she.

Now, let's stop for a minute and think about the necessary next step of the said newspaper. It should be crystal clear. There should be an apology issued and a correction made. It is that simple. Unfortunately, neither were forthcoming. Instead, the said newspaper published another news article about the statements of the socialite.

What we must understand is that apologies and corrections do not lessen the integrity of a newspaper nor do they lessen the journalist. They are about taking responsibility and putting forth the best effort to fix mistakes. Corrections boost credibility as readers see that if their newspaper makes a mistake, it owns up to it instead of sweeping it under the rug and whistling innocently. Stubbornness, in these cases, is how the greatest public relations disasters happen.

How do these manipulations take place, though? There are two possibilities. The first is the simplest one. Failure of proper crosschecking procedures, not seeking confirmations or the inability to sift faulty information from accurate sources can result in sources manipulating journalists to their own ends. The journalist's role in this is not malicious, but lessons must be learned in the aftermath to prevent any repeated mistakes.

The other option is much graver, however. When a journalist and a source work in tandem to manipulate people, the situation is not incompetence but ethical failure. It could be borne out of a journalist's political bias. It could also be the result of the unethical "benefits" of journalism. We always discouraged press tours, paid meals, gifts and products coming from sources as these have negative effects on the independence of a journalist's conscience and his or her integrity.

A Media Association pamphlet, "Ethics Code for Journalists in Turkey," clearly outlines the universal principles of the matter:

If we look back at the example of the news article about the socialite, there is another matter concerning sources that would be prudent to mention. The anonymity of sources is protected by journalists when inquired about. This safety blanket is essential for the functioning of the system, and it is backed up by law in many countries, including ours. The decision lies with the journalist, and if the journalist does not adhere to the anonymity request of the source, he or she is unlikely to find another one during their career. However, before a journalist promises anonymity, there are several things to consider.

The decision to approve anonymity must be made with the editorial staff for accountability. The Media Association's aforementioned pamphlet lists several valid questions in regards to reaching a decision:

Will the information provided by the source put anyone in danger or cause social complications?

To what extent does the information concern the public? Is it important? Could it have a significant impact on the audience?

Does the source have documented support to substantiate the allegations?

What motivated the source to provide this information?

Would the credibility of the report be subverted if the source were to be kept anonymous?

These are all very significant questions, especially when it comes to using anonymous sources. Anonymous sources have been used to manipulate information with slander and baseless claims in Turkey for a long time.

As you can see, getting the scoop or simply circulating information in attempts to compete with another newspaper are not valid reasons for anonymity. Failing to find a satisfying answer to the fourth question above is the most likely reason for the mistake in the tabloid's news article.

When a source willingly manipulates a journalist, a newspaper has every right to expose the source to protect its credibility. Otherwise, failure to take meaningful action means that history will continue to repeat itself.