The media's approach to animal rights 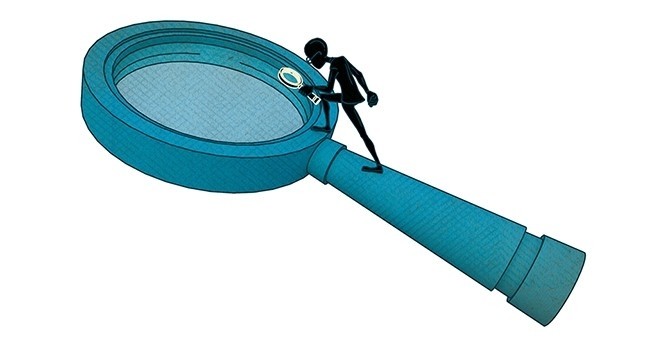 When reporting on stories regarding animal cruelty and animal rights violations, journalists must take every ethical consideration seriously and lead the debates on the issue to establish productive avenues toward reform while staying current with the issue rather than simply fanning the flames of ignorance or overlooking the problem

This week, let's begin by looking at the Latin proverb, "Homo homini lupus," which simply means, "A man is a wolf to another man." Taking a closer look at this proverb reveals a deeper meaning that a man is, in the eyes of a stranger, not a man but in fact a wolf. Before getting into our subject however, let's take a look at a sample news report to put things into perspective:

"The individual was first noticed on the Ereğli-Karaman roadway as he made his way towards the Buhraniye. Known to be a person with criminal intent, he was discovered by locals and killed before reaching the village in the early hours of the day. After he was killed, his body was hung from a lamp post. One of the locals claimed that the man came quite close to their homes. 'If they had not killed him first, he would have attacked them and entered their homes. Coming all the way here convinced us that he was intent on committing a crime. Thankfully, we noticed him early and killed him preemptively,' a witness told the newspaper."

It is a grisly bit of news, isn't it? If we were to borrow a phrase from the clichés used by conventional media outlets, it is a "blood curdling atrocity."

Both the action and the way it was reported are unacceptable. The news story is, after all, excusing the crime with justifications sprinkled in the form of chosen wording in the article, which also offered gory details of the killing, without any respect for the victim and his loved ones. Thankfully the report above is false one, fabricated for the purpose of drawing similarities.

Now, let's read the following news article with the Latin proverb, "A man is a wolf to another man" in mind. This time the following news report is not fabricated and depicts a real event. The only difference however is the victim:

"A wolf that ventured too close to the Buhraniye located on the Ereğli-Karaman highway was killed by the villagers in the early hours of the day. The wolf's body was then hung from a lamp post. One of the locals claimed that the wolf was quite close to their sheep pens and said, 'If we had not killed it first, it would have attacked our sheep. The fact that the animal came all the way down here shows that it was very hungry. Thankfully, we noticed it early and killed it.'"

This was published by a prominent Turkish daily a couple of years ago. But, do you think it is less dreadful now that the victim is an animal? Or it is just business as usual?

The concept of rights does not exist solely for human beings. Every living creature and even some inanimate objects, in the case of historical artifacts, have inalienable rights either by birth or by earning those rights over time. Even if all of the said living creatures are not protected by the laws of the land, journalists must be aware of these rules.

Richard D. Ryder, an animal rights' activist from the U.K., claims that first known legislation for animal protection in Europe came into effect in Ireland in 1635. It prohibited sheering the wool of sheep and attaching plows to horses' tails, classifying these acts as "cruelty to beasts."

Even well before this legislation was brought into effect, animal protection was practiced in many ancient civilizations. Major world religions and many philosophers consider cruelty towards animals as being immoral. Some of this reasoning is borne out of practical reasoning while others stem from ethical foundations. Regardless, the issue has been around for quite some time now.

Despite its long history, animal rights are still a work in progress and even though the issue has advanced in leaps and bounds over the last century, the situation, in general, is nowhere near ideal.

Unfortunately, many of the international declarations and national legislatures on animal rights are still too anthropocentric, including the Universal Declaration on Animal Welfare (UDAW).

We can see the traces of this fact in the wording that has been chosen to describe some animals; namely, the words "savage," "feral" and so on. The news article on the wolf was also one such example.

The emphasis on the similarities between the two news articles, one hypothetical and one real, shows the importance of empathy in journalism. The purpose here is not to show or propose a likeness or equality between humans and animals. Such a generalization cannot be a realist approach at the current conjecture.

Nevertheless, let's examine an important principle when it comes to a relationship between animal rights and the media. The 13th Article of the UDAW states that:

1. Dead animals shall be treated with respect.

2. Scenes of violence involving animals shall be banned from cinema and television, except for the purpose of humane education.

If we look back at the aforementioned news article which was accompanied by a photograph of the wolf's body hanging from a lamp post, it is clear that these guidelines are being violated. It is important to keep in mind that when reporting on similar stories, there is no excuse for using photos of this nature.

Mahatma Gandhi once said, "The greatness of a nation and its moral progress can be judged by the way its animals are treated." Journalists should share this sentiment, as well.

On a similar note, Islamic scholar Ibn Arabi said: "Everything is alive and everything alive possesses a soul. Mankind's maturity is hidden in their ability to communicate with all the living things in their surroundings."

Now, let's take a look at the other side of the coin. The violations of animal rights strike a chord with people, in most cases. Outrage towards cruelty against animals has been considered a positive trait of our society and is a type of response that usually emerges following a post on social media or a news report. But, sometimes this outrage can get out of hand and transform into a mob-type of fight for "justice," as people wish to become the voice of the voiceless and seek revenge. Although a similar event took place in Turkey recently, journalists in the country do possess the precious ability to lead the conversation to more effective and useful solutions.

Violence can never be answered with more violence. While the mob mentality regarding "revenge" against animal abusers may cool the consciences of an outraged public, it does not solve the bigger problem in the long run. After all, for what do we have a criminal justice system?

But here lies another problem. Punishment for animal abuse is largely considered ineffective and inadequate by the public; and this is a sentiment I also share. Losing faith in justice system is what paves the way for mob justice. Thankfully, Turkey is taking steps in the right direction and has even recently introduced new regulations that include more severe punishments including jail time for perpetrators in animal cruelty cases.

This is where journalism can make a difference. When we report on animal cruelty, simply focusing on the event or drawing attention to the details that will increase the outcry of the public is the wrong way to go, yet this has been the preferred option of the mainstream media for far too long. Rather than simply reporting on the news, journalists must introduce or further the debate on animal rights by scrutinizing new regulations as they emerge; addressing their effectiveness or inadequacies. Journalists can also look at the loopholes, draw examples from recent events and make comparisons by studying similar regulations abroad.

Regarding stories on endangered species, studies and comments from experts and non-governmental organizations (NGOs) can be included to give the voiceless a voice in mainstream media.

Simply reporting on the event is not enough. The media must contribute to the debate by keeping information relevant and remaining committed to its duty of informing the public on the current state of animal rights in the country and worldwide. After al﻿l, this is what excellent investigative journalists do.