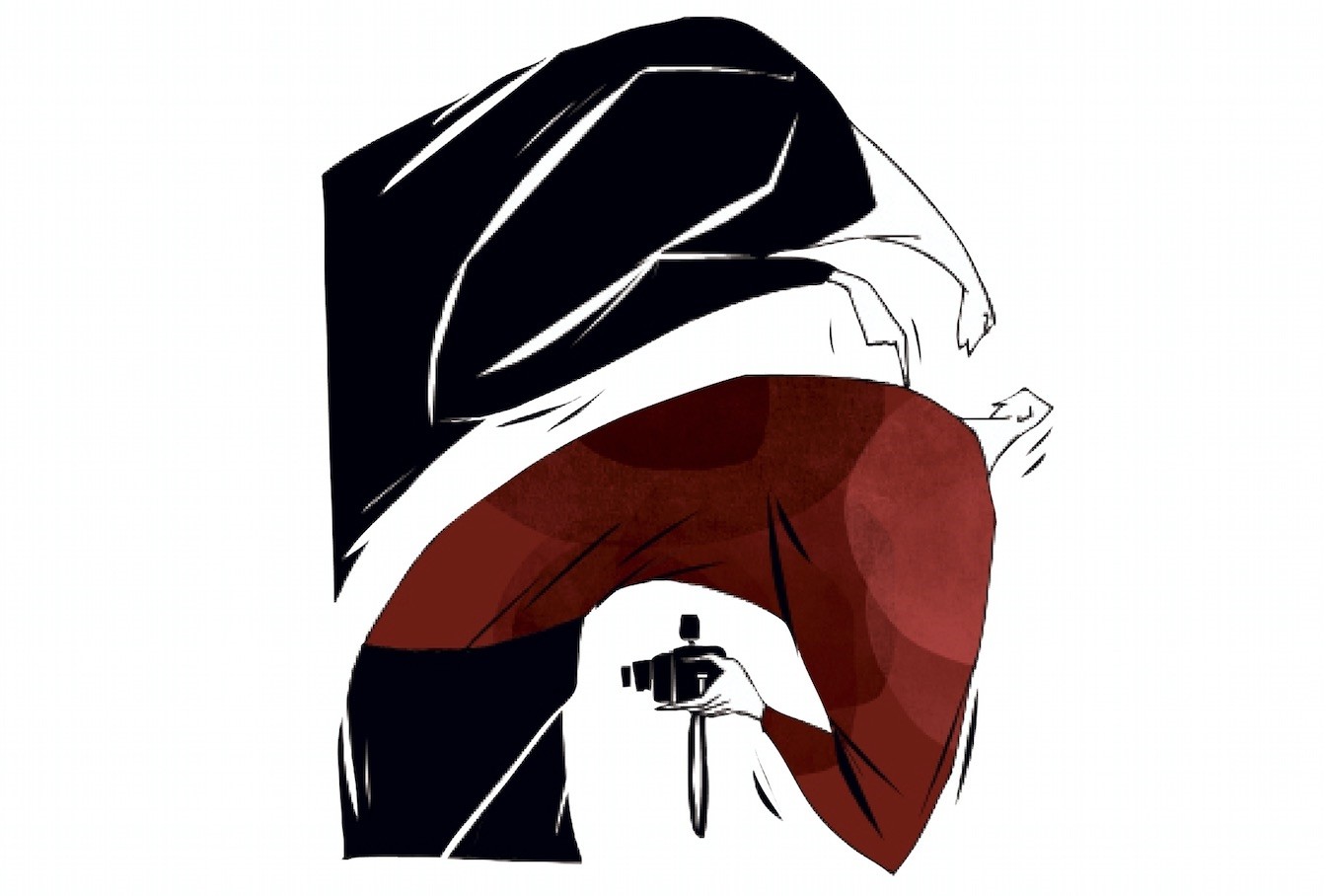 Accreditation of media organizations by public offices, state organizations and political bodies has always been a source of debate. The latest string of accreditation crises took place last week in Turkey and this time the participants were the United States Embassy in Turkey and a columnist of our sister newspaper Sabah daily.

Last week, the United States Embassy in Turkey organized an event in the form of a farewell dinner for John Bass, United States Ambassador to Turkey. Sabah columnist Hilal Kaplan was also invited to the dinner but before the event took place, the Embassy called her to cancel her invite. The reason behind it is our subject this week.

Before the event, Sabah published an article with a headline "Here are the FETÖ [Gülenist Terror Group] liaison's connections." The article concerned the embassy worker that was arrested due to FETÖ links in Turkey. Following this headline, which was published on the front page of Sabah's Oct. 6 issue, the United States Embassy spokesperson called Kaplan to rescind the invitation due to the headline.

Kaplan released a statement from her Twitter account on the cancellation. Let us take a look at the part where she describes the situation: "I was one of seven journalists invited to the farewell dinner for John Bass. Just as I was about to prepare for my departure for the event I received a call from a spokesperson of the United States Embassy. They said that my invitation to the meeting was cancelled with their apologies due to the headline of my newspaper, Sabah daily. It was not due to my own journalist work but rather due to the Sabah daily's headline."

Before getting into the accreditation side of the subject let us take a look at the reason behind the cancellation of the invitation. This was not even due to a news article or a column written by Kaplan. She only worked in the media organization and that was enough to declare her persona non grata for the event.

So, what does this show us? Unfortunately, it shows us that despite the previous criticism of Turkish media and the status of the freedom of press in Turkey, the United States Embassy fails to uphold the same principles they preach. After all, disinviting a journalist due to an article and a headline she did not even have a hand in is an act of indirect punishment and censure. Not to mention that if the United States Embassy in Turkey wishes to retort to a headline in a Turkish newspaper, they have ample means to do so without resorting to passive aggressive methods that will undoubtedly compromise their credibility.

Also, it should be clear by now that attempting to stop a news piece or censure a news source with this type of act only serves to increase the backlash. It is a mistaken approach taken by the representatives of the United States in Turkey.

This case was no different either. The decision to cancel and the reason behind it sparked a wave of criticism from many organizations in the media. The Media Association was amongst those to condemn the actions of the United States Embassy by saying that the hypocritical decision was a form of censure and a mistake that damages our long-term partnership.

Not to mention that this action can neither punish the media organization nor the journalist in question. The only entity that suffers from the backlash afterwards is also source of the unethical approach.

Holding onto principles of freedom of the press is all well and good, but discarding them when the same media exercises that freedom to publish an article that paints you in a favorable light is one of the core problems that exist between Western media and its Turkish counterpart. And it will continue to do so until we all realize that hypocrisy is a universal problem and the necessity to adhere to the ethics and principles of press freedoms cannot be chosen in a manner best suited to oneself. Last week's events showed that the same problem extends to state organizations as well.

While along with Kaplan we stressed that cancellation of the invite was not even due to her journalistic work, an important distinction needs to be made. After all, even if the invite were to be rescinded due to an article by Kaplan, many of the points we made in the article would remain the same.

Just like freedom of the press, the right to reply and retort remain core tenets of journalism. In the future, using them instead of unethical methods will not only ensure both sides of a story, but also make way for more successful relations between state organizations and media. Hopefully, with that in mind, we can witness better media relations from the upcoming United States ambassador in the future.