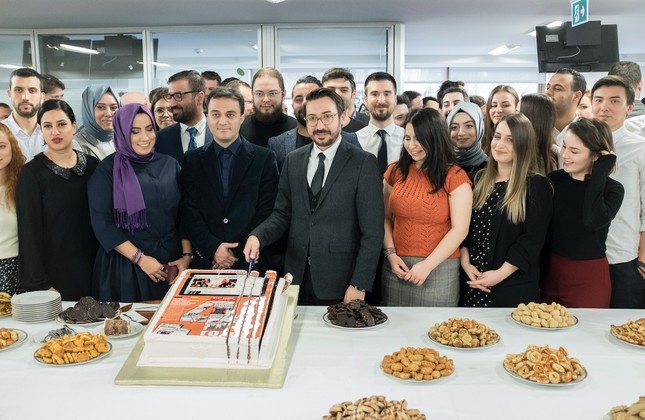 The Daily Sabah, which is one of the most influential news sources of those who closely follow Turkey throughout the world, has turned four with its newest and fourth addition: Daily Sabah Russian.

Providing the latest headlines and its own twist on stories around the world in English, German and Arabic until now, the Daily Sabah launched its Russian site on Friday. With the move, Daily Sabah Russian became Turkuvaz Media Group's fourth major foreign-language publication. 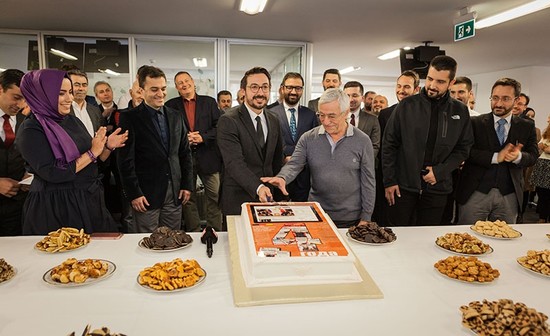 With its newest addition to the family, Daily Sabah will ensure that the Russian-speaking population - the seventh most spoken language in the world - can follow the current events in Turkey closely and accurately. With approximately 267 million people as native speakers, Russian is the official language of four countries. Daily Sabah Russian will provide its readers with content on a wide variety of topics, from politics to the business world, from arts and culture to entertainment and much more.

"The medias of countries who have problematic relations with Turkey have negative views about Turkey. We can't turn these negative attitudes into positive with our Daily Sabah publications. But we're preventing something to say the least; we're preventing them from further spreading disinformation and manipulation. In the past this area, position was unoccupied," Karagöz said.

The editor-in-chief also underlined that new projects were in line with plans for Daily Sabah Chinese to follow the launch of its Russian site.
"Daily Sabah China will go live in February next year," Karagöz added.

Making a statement about the new language edition of the publication, Daily Sabah Digital Publishing Director Osman Bahattin Dirlik said "With the launch of our Russian language edition, Daily Sabah began making its voice heard to a massive 700 million people in three languages, excluding English. The site will offer readers special stories and content aimed at Russian-speakers living in Turkey and other countries around the world. In addition, many Russian writers from Turkey and other countries will contribute to our publication."

A while ago, Daily Sabah made a name for itself by establishing a team dedicated to counter the fake news and false images spread through a social media smearing campaign aimed at Turkey after it launched the Afrin operation.

The Daily Sabah "Fact Check" team, consisting of experienced editors, aims to defuse the black propaganda regarding Operation Olive Branch in Syria's Afrin and convey correct and accurate information about the operation to the world by detecting the lies shared via accounts related to the PKK / PYD terrorist organization and their sympathizers.

Share on Facebook Share on Twitter
Previous in Reader's Corner Although there is no consensus on the issue, reader perception points... Next in Reader's Corner With August already underway with a rocky start, it is time for the...
DAILY SABAH RECOMMENDS