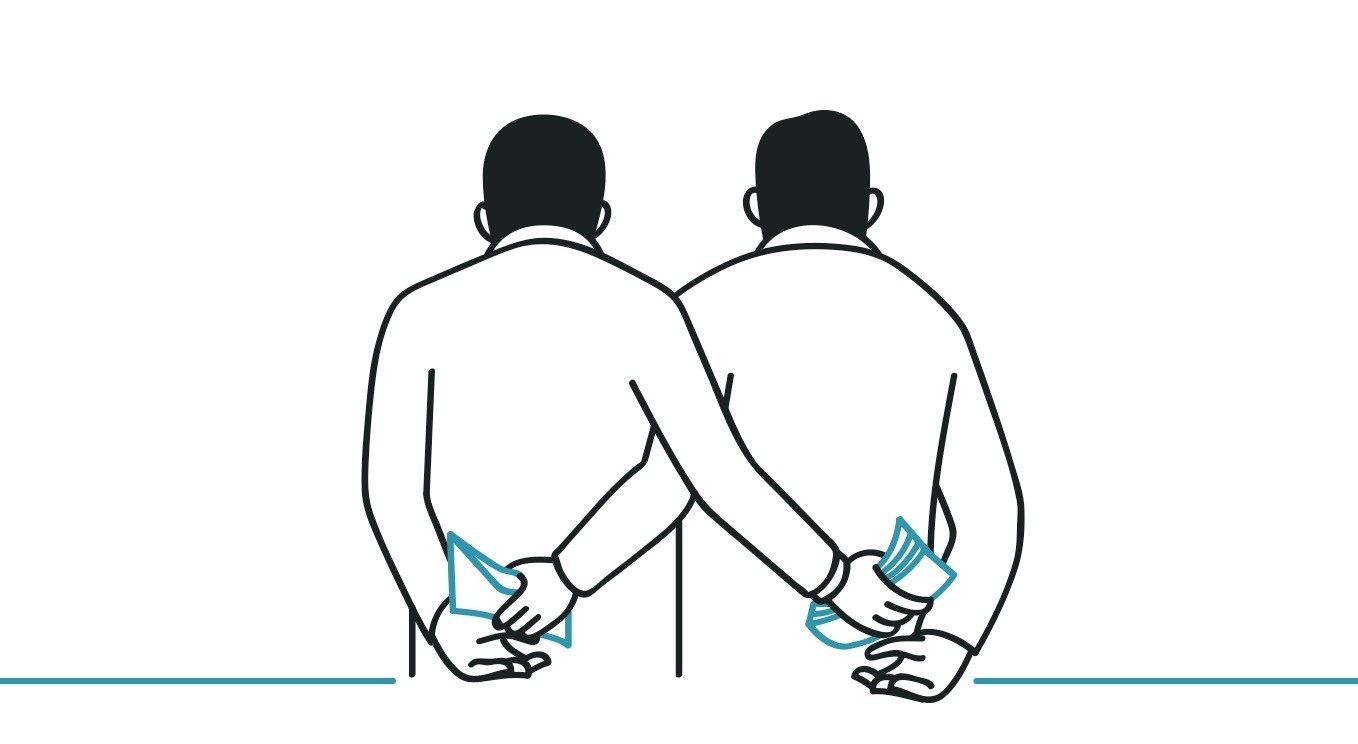 The rise and rapidly changing nature of video game journalism – in terms of its scope, popularity and revenue – has brought a slew of problems, since this branch of journalism never developed an industry specific set of ethics and principles

In a world where dissatisfaction is much more relevant than content, change is a strong slogan and an easy motivator to get behind. During the first United States Presidential election victory of Barack Obama, "Change" was the word that shaped his entire campaign, motivating the masses. In most cases, change carries positive connotations, becoming a hard thing to argue against. And why wouldn't it be?

In our current age, our lives change at a breakneck speed, as ten years is equal to centuries of the past when it comes to societal differences. Each generation experiences difficulties when trying to connect with its predecessors, yet has the same complaints when time comes to pass the torch to successor generations. Although this phenomenon is not exclusive to our times, combined with rapid technological and societal advance makes it all the more relevant to today's subject.

There are an exceedingly small number of vocations that remain unchanged in the harsh winds of time. Journalism however is not one of them as seen in the last decade. Its methods struggle to keep up with new demands of readers, its medium feels outdated to the new generation. Combining that with the loss of credibility caused by any number of mistakes and bias that alienated the reader base, I can understand the calls for a change in journalism.

But everything works best in moderation. If we are to take a moment to consider which branch of journalism would be at the forefront when it comes to its audience in terms of their age, video game journalism would be a good contender. And unfortunately, it is also one of the first that comes to mind when it comes to the corruption of journalism ethics.A branch of journalism that is dedicated solely on covering video games is a relatively new notion. It first started as a branch of tech magazines and grew as the industry it covers grew in time. It had its own magazines in no time and after the web outpaced print as a medium, it had huge websites dedicated to covering game stories. Over time, video games also became more than simple entertainment meant to kill time. They became a huge industry that produced games which can easily be considered as a work of art with their stories, concepts and underlying themes. While the rapid rise of the sector also lent its success to its niche media sector, it also unfortunately brought all the negatives of the nouveau riche. Video game journalism became the voice of a 2.2 billion people in a sector that generates over $100 billion. This proved to be too much, too soon for a journalism branch to get its bearings when it comes to industry specific ethics, methods and principles.

Before going on any further however, let me explain the reasoning behind choosing this subject for this week's article. Video game journalism in essence is a combination of cultural and entertainment journalism. It was situated far away from divisive political stances, realpolitik issues or conflicts. Yet we find that it is also one of the most problematic ones. Its problems are so severe that if we were to experience them in mainstream media in a similar scale, it would be the scandal of the century. Even the most biased mainstream media organizations manage to hold moral high ground when it comes to principles and ethics of journalism compared to current state of video game journalism. You might find this is a harsh sentence but let's list the main problems. They are actually pretty simple but no less severe because of it.

In a once niche industry, it was understandable that companies and their media counterparts had a close relationship. One side provided content and the other provided exposure. These early game magazines were also a good way for game companies to reach their audiences with advertisement, especially during times where the internet was not as widespread. Yet the rapid evolution of the field did nothing to change this symbiotic relationship. That rapid rise worsened it. After all, there was more at stake now. A game with a budget of a major Hollywood blockbuster could not afford to fail. It is not surprising that these video game companies took the easy road when it comes to controlling their media presence.

On one hand, they offered early access codes, free products, press access, accreditation, events, tours, advertisement and much more. You might remember how we advocated the problematic nature of press tours in the past, how it should be paid for the media company, not the subject of the news. Well this is the end result if those principles are ignored.

On the other hand, game companies also wield the stick with considerable nonchalance. Consider this for a moment. For a video game media organization, media blockage by withholding all those above can cause irreparable damage. For example, if a fairly sized media company loses access to EA, a video game publishing company, along with its games and all of its events, announcements; it is a death sentence. By the way, EA was also awarded the title of "Worst Company of the Year" by The Consumerist a couple of times by now. Or consider the same with Sony with its PlayStation along with a number of exclusive titles. These companies hold all the cards here. To compare it is like the total media blockage by Disney for a blockbuster movie magazine. It creates an untenable situation.

Now I am not saying that video game journalism's ethical problems are solely responsible for its dismal credibility. There are some external factors as well. As with every niche community, the social cliques of those who play video games were set out to be an exclusive pocket in society. Its explosive growth however brought calls for inclusiveness with it. It no longer belonged to the in crowd. As its media reflected, those who favored exclusivity reacted negatively, widening the gap between video game journalists and a sizable part of their readers. And both sides are at fault here.

If you are familiar with video game scene, you might remember the Gamergate controversy from a few years back. What was supposed to be a call for change in video game journalism's ethics and principles turned promptly into a mudslinging fest between liberals and the alt-right. Both sides were so engrossed in the political side of things, the original sparking point, the possibility of collusion between a video game developer and a journalist, were all but forgotten in terms of journalism ethics. Instead, as with everything political, both sides stuck to their guns and any hope for reforms were kicked to the curb.

However, the situation is so grim, it becomes ironic that a branch of cultural journalism can have these obvious ethical problems that are usually more closely associated with economy or sports journalists. Let me present another example. Every year there are numerous big video game events and expos throughout the world. The chief among them is the E3, held every summer in United States. Although fans can attend the event in a limited fashion, presentations and press conferences are limited only to the members of gaming media. However these are also usually streamed live over the web for those who wish to see it. If you tune in, you usually find an interesting sight. A conference room full of video game journalists reacting to every announcement by the presenters with the enthusiasm of voters in a campaign rally. Screams, claps and various sounds of excitement overflow from journalists on every word of the video game companies, the companies they are supposed to cover and be unbiased in their reporting of.

Another example is even more tangible. Back in 2007, Gamespot, a major video game media organization fired one of its writers. The writer, Jeff Gerstmann had just finished his review of a game, Kane & Lynch, which was written in a negative manner. This negative review caused the game publisher to put pressure on Gamespot, resulting in the termination of Gerstmann's job as a writer there. Was there a huge scandal? Not really. It turned into another "drama" and became business as usual in the field.

Not satisfied yet? Here is another example and a fairly recent one as well. Though thankfully there are some rays of sunshine here. Filip Miucin, former editor of gaming website IGN was accused of committing plagiarism in his recent review of the game Dead Cells. At first Miucin tried to pass this off as a single case of unintended plagiarism but Jason Schreier, an editor for Kotaku, checked further, finding out more cases of plagiarism in Miucin's previous articles and reviews. IGN fired Muicin and took down all of his works for a thorough investigation. These types of self-regulations are beneficial to the profession and I commend Schreier for his work.

Unfortunately, the woes of video game journalism do not end here. It is also perhaps the branch of journalism that is most infested with clickbait. You would be hard pressed to find a clear and concise headline while glancing over most major gaming websites.

What is sad is that video game journalism could fight company pressure once upon a time. If they were loyal to their principles from the get go and did not alienate a sizeable part of their reader base with scandals, clickbait methods and shady relations, their readers would stick with them even if they had a rough time by losing press access to video game companies. Those same companies would eventually return because not only would it be bad PR that alienated their customers, but they would also lose significant free advertisement. Instead, the credit of video game journalism is so low, if they were to experience difficulties, many would simply say good riddance. The moral of the story here is that there should be no compromise when it comes to ethics in journalism because a greater breech of principles always lurks in the next corner.

As I said in the beginning, change is usually good. But too much too soon may also spell the erosion of the ethics and principles of journalism if we are to implement change to keep up with the fads. As with everything, moderation is the only acceptable solution.