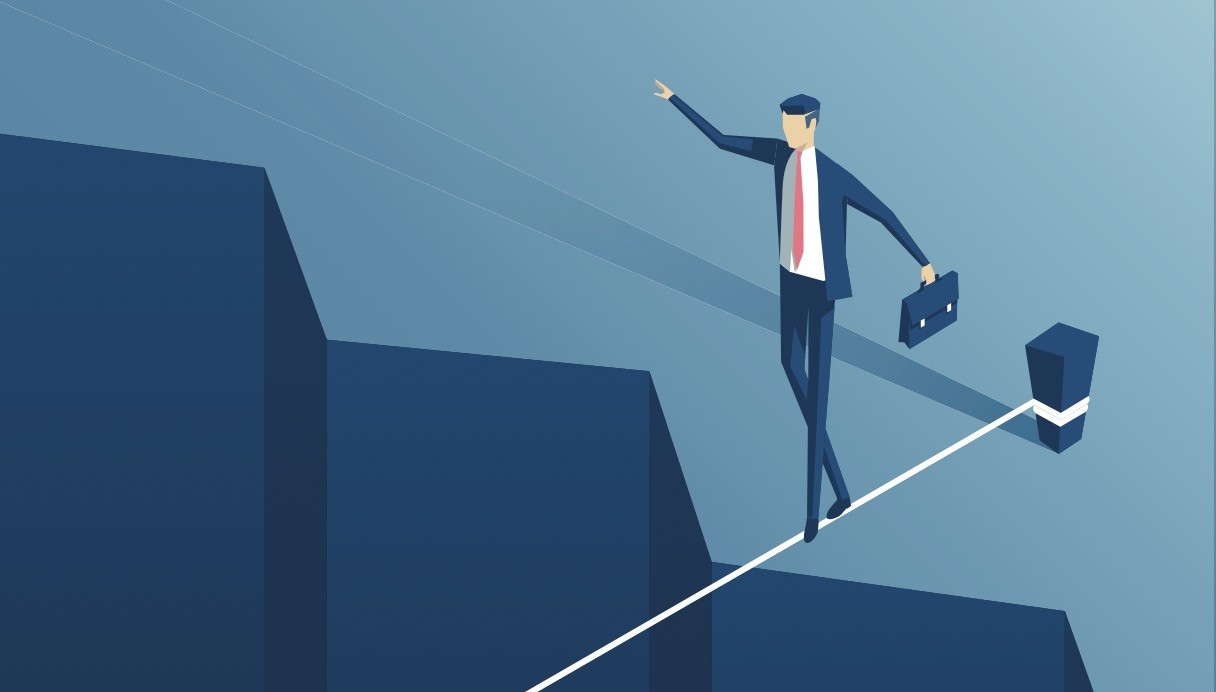 As the media's credibility can be damaged by reporting that is based on opinion rather than facts, journalists must work toward reclaiming this credibility by using careful moderation instead of doubling down on their biases

If you are to look at the ills of society and its ideas, it appears that a sizable portion of them are borne out of extremes regardless of their origin. Many ideas have their counterparts and in many cases a road to prosperous society lies in the moderation. Media is no different in that regard and its current problems such as waning credibility and loss of readership is due to its failures when it comes to its balancing act.

But I can almost hear the groans from my colleagues. How can we moderate? It is a hard line to follow and easy one to err on one side or another. Let's look at some examples.

On one hand, we have our obligation to put the spotlight on the ills of the society. Take violence against women. By reporting on it diligently as the media, you can help raise awareness which in turn can bring those numbers of victims down with decisive action both by the government and the public. We have seen it many times before. But on the other hand, if you report on it too much, you carry the risk of desensitizing the public when it comes to that individual problem. It is in our nature to grow accustomed to things we encounter in large numbers after all. Seeing a domestic abuse story every day may cause the story to lose its shock value. And that in turn translates into a decaying awareness.

Another balancing act is about picking the stories that contradicts the public good. The anti-vaccine movement is bigger than ever for example. Although science, predictions and now statistical results show that it is detrimental to the society, media failed to convince a sizable portion of the public. There are two reasons behind that.

As we said last week, media no longer holds a monopoly over the relevancy of information. It doesn't possess the power to bury a movement or story into irrelevancy. So, when mainstream media refuses to report on the anti-vaccine movement, it doesn't mean that people won't find out about it. It can still grow big enough that media no longer has any choice whether to report on it or not. And when it comes to deciding on that point of no return, media is in a situation that can best be summarized as, "Damned if I do, damned if I don't."

Let's open that up a bit because it ties to the second reason mentioned above. Activism journalism has been one of the biggest problems that is chipping away at the credibility of mainstream media. I don't say that activism in the name of good causes can't do a lot of good because it clearly can. But as we said in the beginning, this is also one of those cases where many of us shot past that sweet spot of moderation by a long, long mile.

As I said, media lost its monopoly on the relevancy of information but the reason is not just alternative sources or the widespread use of internet. No, media lost that because it also blurred the line between unbiased reporting and opinion-based reporting. Now, don't get me wrong, publishing opinions in the pages of newspapers were always commonplace. We had columns for that reason after all and there is no problem with that. The problem is when non-opinion pieces started to be filled with the agendas of their writers.

This is not a new problem either by the way. After all, regular news reports also had their share of reporters writing with biased perspectives for a long time. But the age of the World Wide Web allowed all that to be exposed much more easily and mainstream media, instead of addressing the problem, decided to double down when it comes to projecting bias.

At least that was the perception. When we talked about the media's PR problems, this was our point. It didn't matter if the bias was the work of a vocal minority or only appeared in select subjects and even smaller number of news articles. The crucial perception was already set: Media no longer reported solely with facts but rather opinions as well. The difference between facts and opinion is simple. You can't argue against facts. They maintain their facts despite your disagreements. But opinions are a completely different beast. And when you combine two in a single article, it becomes a poisoned well. No matter how valid your points are, it is no longer objective truth that can be relied on.

Now we have a poisoned well in terms of its reliability and a media that is losing credibility. So is it surprising at all when mainstream media approaches the anti-vaccine movement critically, rightfully so by the way, and yet fails to adequately inform the public about its dangers?

Let's take a thought process of a hypothetical person who is on the fence on the anti-vaccine debacle and previously had disagreements with the media on some of his views. He sees media is critical when it comes to the anti-vaccine movement. He also knew that in the past, his views on some subjects such as political correctness clashed with the media. He possesses a perception that the media sometimes disguises opinions as facts. Well in those circumstances, the media's well-intentioned critical stance against anti-vaccine ideas might actually be what drives him to support the movement.

The problem here is a simple one. When the media constantly takes sides in a situation there is no clear right or wrong from an objective standpoint, it loses its ability to be the arbiter of facts and truth. It becomes another voice in an endless argument with a fraction of its otherwise enormous influence.

We saw the results of this quite clearly in the last presidential elections in the United States. Donald Trump had almost all of the mainstream media be constantly critical of him for numerous valid reasons. Yet this critical media pressure only served to embolden his supporters for this very reason. When Trump accused the media of spouting fake news, they believed him. Why wouldn't they? They had their disagreements with the media before. They believed that the media's news reports contained as much opinion as facts. So, if they were living in an era where opinion-based reporting trumped factual reporting, they might as well pick the sources in line with their opinions.

When we see a considerable number of people believing the earth is flat and the media failing to convince them otherwise, it is clear that something is very wrong.

Making deliberate factual errors or outright lying in order to further an agenda is an easy and dirty way to manipulate people. It is also easy to detect. It affects the credibility of the individual behind the lies or mistakes. It might also affect the platform that the individual is published depending on the platform's actions. But when you mix opinions and facts while cherry picking and disingenuous righteousness, the damages are much more lasting. It is harder to detect, and subtler to employ. Yet it brings the credibility of an entire sector due to widespread use and loss of trust.

Supporting good causes or bringing the problems in society to light can be considered as a good implementation of activism journalism. When taken to extremes in order to push political agendas however, we are faced with the current situation. It also forces an unpleasant dilemma on journalists.

Let's take another hypothetical case of another movement or a pyramid scheme that is objectively problematic for society. If the media ignores it, the movement can grow unchecked without opposition. If the media decides to be critical, that might actually work in favor of the movement for reasons mentioned above. And you just gave them free publicity along with an easy opponent to demonize in the form of mainstream media. How do we get out of this dilemma?

Unfortunately, there are no easy answers and the time for band aid solutions are long past. We can only start by building up our credibility and reliability by reporting on the facts – otherwise it is all downhill from here.