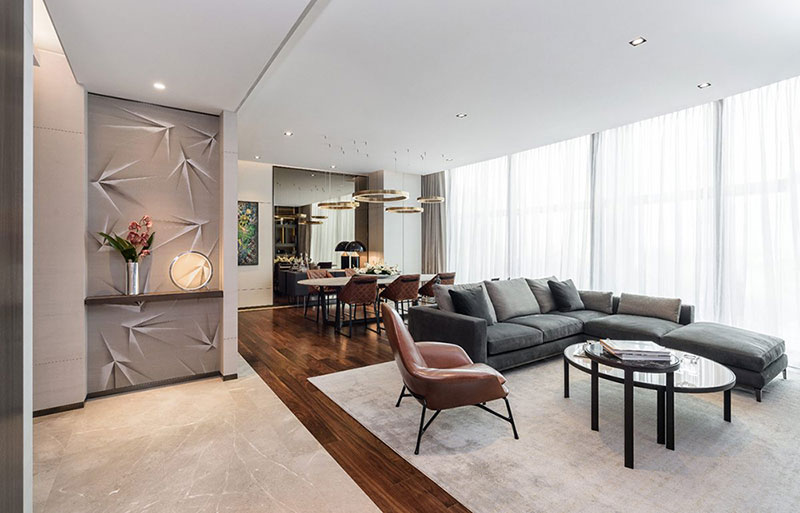 by Daily Sabah with IHA Mar 05, 2015 12:00 am
A recent study has revealed that branded residential projects increased by 18 percent compared to last year.

The 2014 Istanbul Branded Residence Study prepared by EVA Real Estate Consultancy found that there are 1,007 ongoing branded residence projects, with 430,000 branded residences throughout the city. The number of projects has increased by 18 percent from 2013 when there were 855 projects and 395,000 residences.

Most of Istanbul's residence stock is composed of individual apartment buildings, often with poor construction quality and lacking parking spaces, gardens or even fire escape ladders. After the Gölcük and Düzce earthquakes in 1999, which devastated Kocaeli (İzmit) and Sakarya (Adapazarı), and caused considerable damage in adjacent Istanbul, branded residence projects have became prominent, often built by large- or mid-sized construction companies.

Bağdat Avenue, one of Turkey's most prominent upscale shopping districts with good access to recreational facilities and its planned layout, was named the most expensive residential area on Istanbul's Anatolian side at an average price of TL 16,300 ($6,400) per square meter. The eastern-most Tuzla district, a largely industrial area that has urbanized only relatively recently than many of Istanbul's districts, was announced as the least expensive residential area on the Anatolian side, costing an average of TL 2,800 per square meter.

On Istanbul's European side, the Bomonti-Fulya-Şişli-Büyükdere axis was announced as the most expensive residential area, costing an average of TL 15,500 per square meter, with easy access to transportation facilities and proximity to Maslak, Gayrettepe and Mecidiyeköy – areas that house Turkey's largest conglomerates, businesses and financial institutions. Esenyurt district, which has gained popularity over the last few years with redevelopment projects and its location, along with Beylikdüzü, are two other booming areas. Bahçeşehir-Başakşehir was announced as the least expensive residential area on the European side costing an average of TL 2,370 per square meter.

A total of 28.81 percent of all residences contained three bedrooms, followed by 27.24 percent of residences with one bedroom and 26.65 percent with two bedrooms.

The mortgage usage trend decreased relatively in 2014 due to increasing interest rates compared to 2013, with an average monthly interest rate of 0.91 at the end of the year. The total sum of mortgages was TL 125.67 billion in 2014, with a 14-percent increase compared to the previous year. In 2011, the increase rate was 23 percent.