Mysterious Istanbul waterside mansion up for sale at 140 million euro 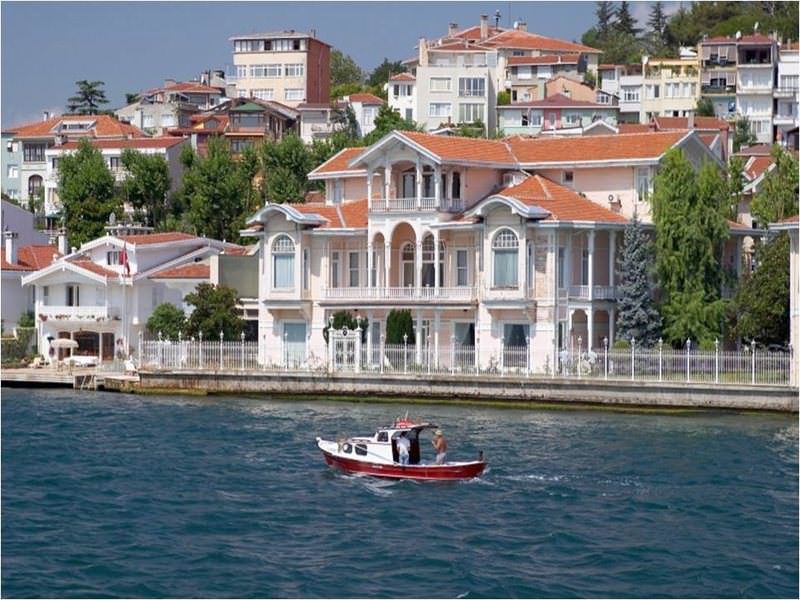 by Daily Sabah Aug 20, 2015 12:00 am
A mysterious waterside mansion, located on the banks of Istanbul's Bosporus Strait has reportedly been listed at 140 million euros, beating the highest amount for a real estate in the city paid by Qatari businessman Abdulhadi Mana Al-Hajri for 'Erbilginler Yalısı' (Mansion) at 100 million euros.

Although the exact location of the mansion is still kept a secret –as per the request of the owner-, reports have claimed that it is located in Istanbul's upscale Arnavutköy district.

The mansion is located on 3,000 square meters land, and has 19 rooms, two grand living rooms, and eight bathrooms.

If it is sold, it will be the most expensive real estate sold in Turkey after the Erbilginler Mansion.

The mansion, located on the banks of Istanbul's Bosphorus Strait at Istanbul's Yeniköy district, was listed as the world's fourth most expensive residence house in 2014, according to Forbes' report titled 'The Most Expensive Billionaire Homes In The World.' The dream house covers 5,800 square meter land, with 64 rooms.

The Mansion is originally known as 'Şehzade Burhanettin Efendi Yalısı'. Sultan Abdülhamid II's son, Şehzade Burhanettin, had acquired it in 1911, but it was later sold in 1985 to the Erbilginler family, who renovated the property.