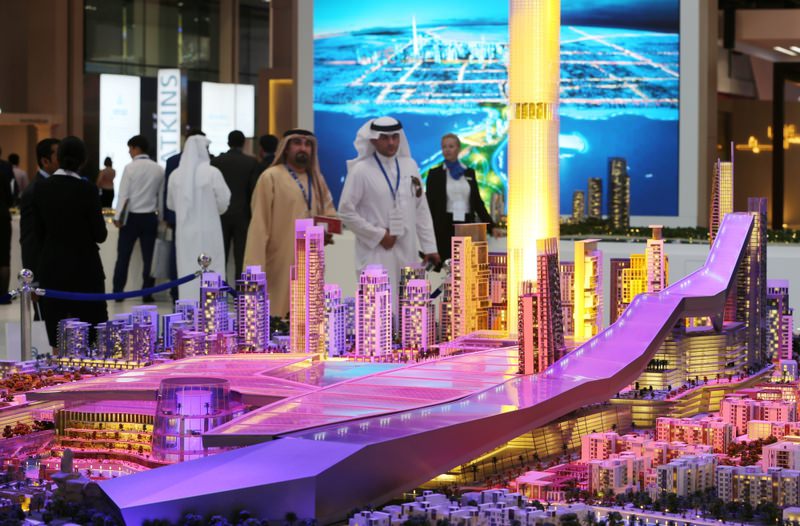 by Seda Tabak Sep 11, 2015 12:00 am
Turkey's real estate projects were promoted at the Dubai Cityscape Global fair, one of the most prestigious real estate fairs in the world, and sales grossed around $250 million on the first day. The biggest real estate activity in the Middle East saw Turkish firms making sales around $250 million on the first day. The sector's representatives noted that this year there are more corporate investors at the exhibition and the interest in Turkey is very high due to favorable currency rates.

Ağaoğlu sold a tower from 1453 for $67 million making the biggest sale. The SeaPearl Project in Ataköy, Istanbul by Kuzu Group also attracted investors. Özen Kuzu, a member of Kuzu Group's board of directors, said foreign investors continue to trust Turkey despite the rising terror attacks. He also added that their sales on day one of the exhibition reached $20 million.

Nef's CEO, Erden Timur, said New York, the most expensive project in the exhibition going at $30,000-$35,000 per square meter, attracted many investors from the Gulf region. He added that Istanbul is also very appealing for the Middle East region and they are expecting more sales. DKY İnşaat was also at the fair promoting its residence projects worth $2.5 billion with Board of Directors Chairman Ali Dumankaya saying that 71 apartments in the residence have been reserved, meaning TL 50 million ($16.45 million) in sales. He further noted that the area of the projects they introduced this year has reached 180 square meters.

Ege Yapı Group is another Turkish company that presented its projects located in Yedikule and Kağıthane, Istanbul. Ege Yapı Board of Directors Chairman İnanç Kabadayı announced that they will be promoting four new projects worth $2 billion until the end of year.
RELATED TOPICS