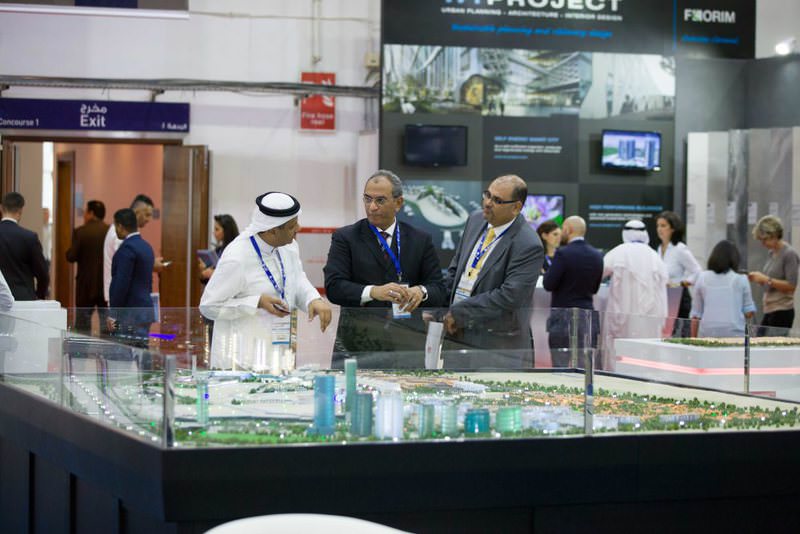 by Seda Tabak Oct 13, 2015 12:00 am
The giants of the Turkish real estate industry welcomed Gulf investors to Istanbul at the "Meeting of Turkish Real Estate Sector with Gulf Investors." Foreign investors all agreed that they would not postpone their investments.

The big players in the Turkish real estate industry had a show of strength at Cityscape Global 2015 organized in Dubai in September; now, they have welcomed Gulf investors to Istanbul at the "Meeting of Turkish Real Estate Sector with Gulf Investors," organized by the Association of Developers and Investors in Real Estate Sector (KONUTDER). The three-day event was supported by the DEİK Strategy and Business Development Consultancy, Istanbul Chamber of Commerce (İTO), Independent Industrialists and Businessmen's Association (MÜSİAD) and Turkish Exporters Assembly (TİM) with Emlak Konut GYO, Albaraka and Odeabank as solution partners, while 47 companies from Saudi Arabia, Dubai, Qatar and Kuwait attended the meeting.

KONUTDER Chairmen Ömer Faruk Çelik stated that while it was hard to hold such a meeting after terrorist attacks claimed the lives of many in Ankara, they would continue to strive for Turkey's progress and development. He added that he would reply to all investor questions regarding the Ankara bombings during one-on-one meetings. Çelik also said that they would give the message that the Turkish economy and democracy are strong and that Turkey is an inhabitable country not posing any risks to investments to prospective investors from the Gulf region.

Real estate sales to foreigners have increased from $4 billion to $5 billion since the implementation of the law of reciprocity, and Çelik noted that currently 500,000 to 550,000 units are being sold in the Turkish real estate sector and that if 5 percent or 10 percent of these sales are to foreigners, it creates a business volume of $15-20 billion. Çelik said that such foreign sales should be increased to about 50,000 to 55,000 units per year.

AK Party deputy Vedat Demiröz also announced new regulations regarding "Stamp Duty and Law of Reciprocity" to revive the sector and Emlak Konut GYO General Manager Murat Kurum noted that stability and security in Turkey are of utmost importance in shaping the perceptions of foreign investors. Businessmen attending the meeting noted that despite the recent terrorist attacks, Turkey continues to be the safest harbor in the region.

Authorities interviewed by the SABAH newspaper all agreed that at this point there is no need to postpone their investments. The CEO of Dubai-based Alliance International Investment, Davud Shezawi, noted that they have investments in Turkey, yet they are not concerned about the current situation regarding investments.

The CEO of Dubai-based Sotheby's International Realty, George Azar, stated that they still think Turkey is the only Muslim country to invest in, as it still is the safest harbor in the region and that he doesn't believe the negative developments taking place in Turkey will affect their investment perspective.

The CEO of Dubai-based Elysian, Noman Mahmood, underlined that Arab investors and citizens choosing Turkey to live in will be welcomed by a familiar culture. "We are planning investments in tourist areas such as Bodrum. We are here due to the high demand from the Gulf region. The lira's depreciation against the dollar is making Turkey more attractive for investments," added Mahmood.
Last Update: Oct 13, 2015 10:08 pm
RELATED TOPICS