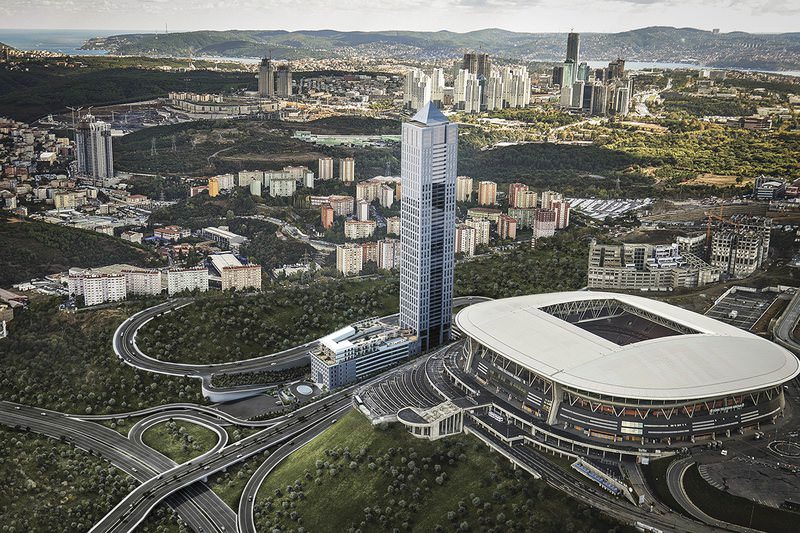 by Daily Sabah Nov 24, 2015 12:00 am
A recent research has revealed that around 24 percent of buyers in Turkey's real estate market come from the Gulf region, whose numbers have increased by 500 percent since the liberalization of the legislation regulating sales to foreigners in 2012.

Upon the liberalization of the foreign investment law which was passed by the Turkish parliament in 2012, investment from member countries of the Cooperation Council for the Arab States of the Gulf (GCC) multiplied by five, said REIDIN, the real estate company which conducted the research.

The results of the research came as Turkish and Australian dignitaries gathered to announce Nurol Reit's appointment as one of the biggest Australian real estate agents, Raine & Horne in Dubai and as the lead agency in the GCC for a property portfolio of three-billion United Arab Emirates dirhams in Istanbul.

While Turkey has religious and cultural ties with GCC member countries, it is also an important partner for the council as it is rapidly developing. The trade volume between Turkey and GCC members were about 16 million dollars as of 2014.

Regarding the tourism potential, GCC members and Turkey have a bright future as just in the last two years, tourists from the Gulf countries increased by over 450 percent.

Saying that Nurol Life, Nurol Park and Nurol Tower would be their first foray into Europe, Chimnani added that this is a historic partnership for the real estate agent.

Nurol Life is a luxury residence complex in central Istanbul, while Nurol Park comprises of 11 buildings including a hotel. Nurol Tower also has a central position, located in the Maslak area in the European side of Istanbul.

Residential sales in Turkey increased 8.8 percent in October, compared to the same month of the previous year, amounting to 104,098, according to the data announced by the Turkish Statistical Institute (TurkStat) on Monday.

A total of 2,236 residential properties were sold to foreigners, indicating a 23.8 percent increase compared to the same month of 2014. Among the new owners of the residential properties sold to non-Turkish individuals, Iraqi citizens ranked first with 430, followed by Saudis with 325 and Russians with 191.
Last Update: Nov 24, 2015 1:01 am
RELATED TOPICS