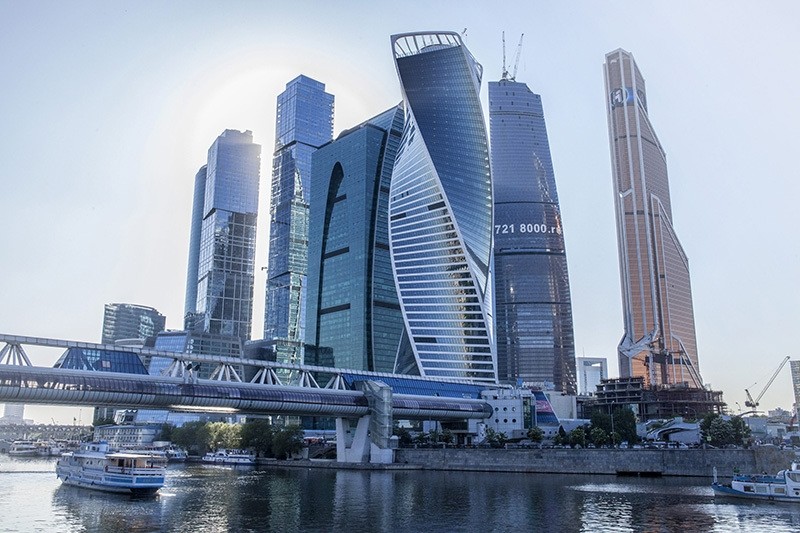 The Evolution Tower in Moscow, Russia is among the landmark projects carried out by Ru00f6nesans. (File Photo)
by Daily Sabah with AA Jul 11, 2016 12:00 am

The International Finance Corporation (IFC), the private sector arm of the World Bank Group, became a shareholder in Turkish construction giant Rönesans Holding through a $215 million worth investment deal announced on Monday.

IFC's investment is expected to increase the competitive power of Rönesans to grow on a global scale and support the holding for potential public offerings.

Increasing cross-border investments in developing countries is among the five strategic goals of the IFC, and the partnership with Rönesans aims to increase the group companies to boost their investments in regions such as Africa, Middle East and Caucasus.

IFC earlier supported Rönesans Construction for a hospital construction project in Turkey's southern Adana province launched within the scope of a nationwide health program backed by the World Bank with the aim to improve the country's public hospital infrastructure through a public-private partnership model.

İpek Ilıcak Kayaalp, board chairman of Rönesans Holding, said that the partnership with IFC both helped attract foreign investment to Turkey and increase the holding's institutionalization. She noted that the company meticulously carries out projects in 21 countries across three continents and foreign investment corporations, such as Singapur's state fund GIC or French investment fund Meridiam, show their interest in Rönesans's projects through partnerships.

IFC'S Regional Industry Head Carsten Mueller said that Turkey ranks second globally in terms of investments, adding up to $1.8 billion dollars in the last financial year. Mueller added that as a shareholder, IFC will support Rönesans to further develop its operations abroad.