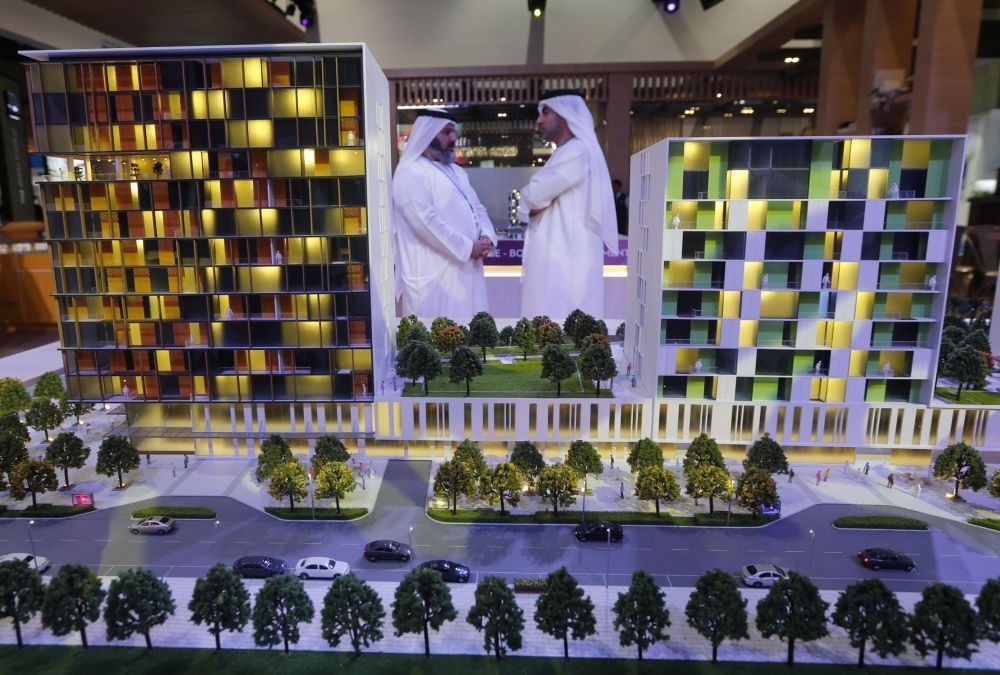 Gulf investors proved their trust in Turkey once again during the Cityscape Fair in Dubai, signing over TL 1.2-billion worth of pre-reservations and sales at the three-day fair

Turkish firms saw great demand from Gulf investors in one of Middles East's biggest real estate fairs, Cityscape Global, in Dubai. With a fair interest in Turkey, Gulf investors' purchase appetite centered around Istanbul once again. Turkish firms landed TL 1.2 billion worth of pre-reservations and sales this year in Cityscape Global where $4 billion worth of purchase and sale agreements are signed each year. Stressing that the July 15 coup attempt did not push Gulf investors away from Turkey, sector representatives said: "We attended the fair only to promote our country, not to make sales. The investment appetite for Turkey still continues, the coup was left cold."

Pre-reservations and sales exceeding TL 1.2 billion in Dubai Cityscape Global 2016, held Sept. 6-8, boosting Turkish construction firms' spirits, as they were only focused on promoting their country. Gulf investors, on the other hand, demonstrated their belief in Turkey's future through their purchases and reservations. Alongside several purchases and meetings in housing and office projects, investors were invited to Turkey to see projects on-site.

The Tarlabaşı 360 project, launched last year at the fair, was promoted in Dubai with a new name and new residence sections. Welcomed by international investors' intense interest at the fair, the project, now-called Taksim 360, attracted $100 million in bulk purchase and $21 million in individual purchases. One of Gulf investors' favorite spots in Istanbul, Taksim has its influence in this project as well. The Turkish launch of the project will be held in October. Çalık Real Estate Vice President Gonca Özgül said that the region's rental income attracted investors, in particular. It was also reported that Metropol Istanbul, Çalık's joint project with Varyap and constructed in collaboration with Emlak Konut Real Estate Investment Trust (REIT), attracted $50 million of individual demand.

Tahincioğlu Chairman Özcan Tahincioğlu said they promoted the Nidakule Ataşehir West, Nidakule Financial Center and Nidapark Kayaşehir projects at the fair to support Turkey's image and hosted 796 people at their stands in three days. Noting that they held talks with investors and funds from various countries, Tahincioğlu said: "We have 32 potential customers interested in our housing and office projects. We also exchanged ideas in terms of future collaborations at the fair, which offered ground for many agreements with international investors."

Landing million-dollar sales in Cityscape each year, Ağaoğlu Group Chairman Ali Ağaoğlu said they attended this year's fair to promote Turkey and correctly inform investors. Stressing that he met with dozens of groups and sheikhs, Ağaoğlu said: "We stand if our country stands. The experts in their fields came with us and talked about the investment opportunities." Ağaoğlu also noted that not-yet-released Istanbul Financial Center's pre-promotion was held at the fair and would attract millions of dollars when put up for sale.

Artaş Construction and European Residences Chairman Süleyman Çetinsaya said they held talks with 600 investors, resulting in 100 purchase demands. "We are a beloved firm in the region. Our first goal this year was to promote our country. However, we received nearly $100 million worth of sales demands from investors and held crucial meetings," Çetinsaya said. He added that they invited foreign investors to Turkey since they could not make sales at the fair.

Planning to realize the KentPlus Yalova Wellness SPA Resort project in Yalova, another favorite spot for Gulf investors, Emay İnşaat came back from the fair with $50 million worth of sales demands. Stating that they expect demands to turn into sales in a few months, Emay İnşaat Board member Hakan Çağlar said: "The project drew attention since it unites sea, nature, thermal and social activities on one field. EPP Emlak Planning Construction Co.'s assurance also became another important factor in the amount attention."

The Siyahkalem Engineering Company attended this year's Cityscape fair at Emlak Konut REIT's stand. Project Director Ogeday Söğüt said they made $10 million in sales with the KÖY project in Zekeriyaköy. "We invited investors interested in our project in Cityscape to Turkey. We will host them in Turkey in the near future," Söğüt said.

Sinpaş REIT attended the fair with its projects in Istanbul, Ankara and Bursa. Presented to the visitors from Gulf countries, the Queen Central Park project in Şişli Bomonti was one of the most coveted projects at the fair. Four hundred meetings were held with investors who visited models for the Queen Central Park and Bursa Modern Projects, which resulted in $90 million of sales demand.

$50 million worth of sales

Presenting Grand Canyon Sofia & Swiss Hotel Residences Sofia and Sofia Square projects, which will be realized in Bulgaria, Garanti Koza attracted a great deal of attention from investors. Also featuring the Swiss Hotel Kozapark project in Istanbul Esenyurt, the firm came back with $50 million worth of sales demands. Garanti Koza is planning to invest 650 million euros in its projects in Bulgaria.
RELATED TOPICS