Beyoğlu's grand transformation to be exhibited at MIPIM 2017 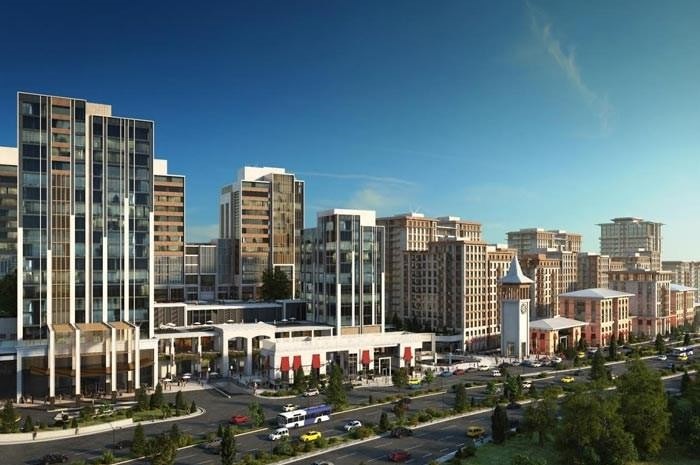 Istanbul's center Beyoğlu has been undergoing a grand urban transformation through which the city's jewelry district will reinvent itself, as district Mayor Ahmet Misbah Demircan puts it, on the strength of its glorious past and walk confidently toward a future reflective of its rich heritage

With investment values that range between TL 850 million ($226.55 million) and TL 4.5 billion, Beyoğlu has six major projects that are expected to attract investment worth $10 billion over the next three years.

These six major projects, namely, the grand renewal of Beyoğlu, Galataport, Haliçport, Tarlabaşı, Okmeydanı, Piyalepaşa, and Örnektepe, are regarded as important for creating new areas of attraction and investment opportunities in Beyoğlu, in addition to urban renewal projects.

These projects are all designed to tap Beyoğlu's full potential and help "transform" it into a cleaner, safer, more attractive district. The city's push to revitalize Beyoğlu includes redevelopment efforts located in the vast lands around Okmeydanı and Sütlüce Örnektepe.

Spearheaded by its Mayor Ahmet Misbah Demircan, these two projects were undertaken by the Beyoğlu Investors Group (BIG), an umbrella organization that brought together Galataport, Haliçport, Taksim 360, Piyalepaşa Istanbul, Sütlüce Örnektepe and Okmeydanı projects to coordinate the urban transformation efforts in the district.

BIG has not only carried out projects in Istanbul, but also around the whole country, with groundbreaking examples of urban transformation projects showcased at one of world's leading property markets, MIPIM.

Speaking to Daily Sabah, Beyoğlu Mayor Ahmet Misbah Demircan highlighted that these projects and efforts will boost Istanbul's promotional activities, as they promise solutions right at the heart of the city. He confirmed that 35 BIG investors will attend the MIPIM 2017 in Cannes and showcase some 47 projects.

"We have shown that we have full confidence in our country's potential and future and we would like to invite all individuals and corporate investors to Istanbul to its trademark district, Beyoğlu," Mayor Demircan said, highlighting Turkey's potential for direct foreign investments.

Underscoring the huge potential of the projects and their contribution to the Turkish economy, the mayor noted, "Despite the unfortunate events, we are confident. We have a strong portfolio worth $10 billion of investment to be completed within the next 3 years. These new developments will generate over 110,000 new jobs, increasing our registered workforce from 80,000 to over 190,000 workers in twelve years."

When the grand renewal of the project is completed, Beyoğlu will have maintained its unique character and culture, while going through a complete facelift. It will make great contributions to Turkish tourism.

The district will continue to be a center of attraction for both local and foreign visitors.

"We continue our efforts for Beyoğlu's resurgence, through the adaptive reuse of underutilized properties, increasing the district's residential base, offering social advantages to its residents as well as infrastructure improvements, and focus on arts and culture. We will also provide tools and business assistance to ensure it has a positive impact on economic indicators and accelerates growth," Demircan said.

Pointing out their efforts to preserve Beyoğlu's world-renowned culture and bringing added value to the economy through the transformation, Demircan said, "We also want to maintain the character and effect of Beyoğlu, paying homage to its rich historical heritage. Our target is to make Beyoğlu shine in such a way that no tourist leaves the country without visiting Beyoğlu."