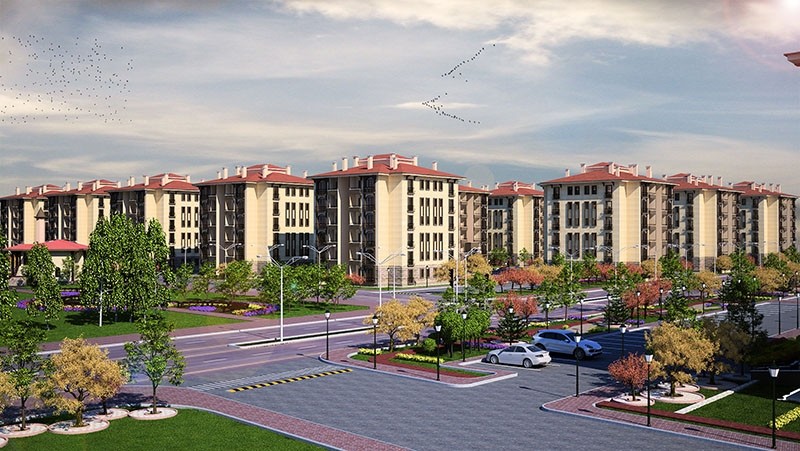 The number of residential properties sold in Turkey surged by 7.6 percent year-on-year in April, the Turkish Statistical Institute (TurkStat) said on Wednesday.

A total of 114,446 houses changed hands in April, down by 11 percent compared to a month earlier.

The number of properties sold to foreigners increased by 2.7 percent year-on-year to reach 1,624 in April.

Commenting on the new data, Melih Tavukçuoğlu, head of the Istanbul Anatolian-side Contractors' Association, pointed out the increase in the number of properties sold to foreigners and added:

"Although a 2.7-percent increase looks like a slight rise, it sounds promising. The number of properties sold to foreigners decreased by 20 percent in the previous months.

"This [increase] shows that the trust of foreigners in Turkey improved and value-added tax reduction for foreigners, as well as granting citizenship to foreign investors who buy real estate in Turkey worth a minimum of $1 million, affected house sales positively."

Istanbul, the country's largest city by population, enjoyed the lion's share of those sales to foreigners, with 35 percent (or 571 units).

Following Istanbul, the holiday resort city of Antalya came in second with 385 properties, while the northwestern province of Bursa ranked third with 109.

The number of new mortgages also rose in the month -- up by 29.6 percent to 43,334 compared to the same month of previous year.

House sales with mortgages took a 37.9 percent share of all house sales in Turkey. Currently, the mortgage rate for 120 months is between 0.88 percent and 1.20 percent per month.