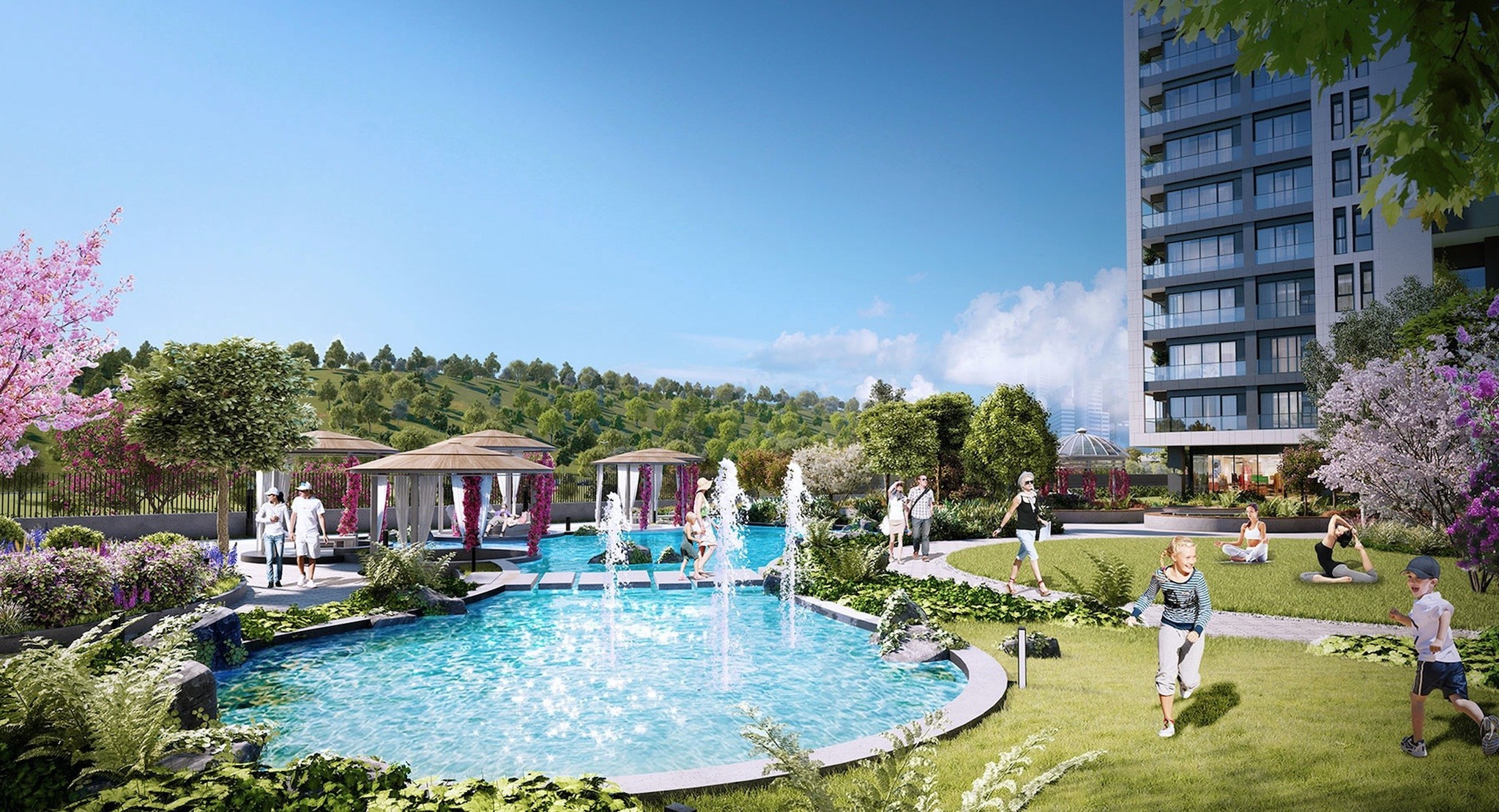 Turkey received nearly $42 billion in revenue from real estate sales to foreigners between 2003 and 2017, while this figure is expected to reach a total of $50 billion by the end of this year

Property sales to foreigners, which gained momentum after 2009, as income generated from the sales reached $2.49 billion, $2.13 billion and around $2.64 billion in 2010, 2011 and 2012, respectively, the report by private real estate developer Fuzul Group underscored.

Thus, the income generated from property sales to foreigners totaled around $41.95 billion.

Due to factors such as thee increased house sales to foreigners, 2018 had a good start, up 20 percent in the first three months of the year compared to the same period in 2017. With the rise in exchange rates and the reduction of the $1 million limit for citizenship with real estate purchases of $300,000, the revenue generated from house sales is expected to reach a total of $50 billion by the end of 2018. Faruk Akbal, chairman of Nevita International, which was founded by the Fuzul Group to exclusively sell to foreigners, said after the law of reciprocity, foreigners purchased 99,691 houses over the last five years, noting that the annual trends show significant increases over the recent period.

In particular, the first three months of this year saw an increase of 20 percent compared to the same period of 2017, Akbal said, adding that although the sales volume seems low, the reduction of the $1 million limit for citizenship with real estate purchases of at least $300,000 will lead to a significant increase in sales.

He also said foreigners' property purchasing habits reflected that they mainly prefer investments varying from $100,000 to $300,000.

Indicating that the reduction of the citizenship limit to $300,000 would make significant contributions to both the real estate sector and Turkey's economy, Akbal said: "Indeed, we when look at the United States, we can see that 284,000 houses were sold last year and that foreigners paid around $153 billion to buy them. In Spain, the house sale volume to foreigners was 50,000 in 2017. In Spain, one out of every 10 houses is sold to a foreigner. The U.S. sells one out of every 20 houses to a foreigner. We could sell one out of every 65. In return, we would earn $4.6 billion. The private and the public sectors surely have a lot to do to improve these figures."

Property sales to foreigners up 25.8 pct in April

According to Turkish Statistical Institute (TurkStat) data, of the total sales, 2,043 houses were sold to foreigners, including 676 units in Istanbul.

Following Istanbul, the Mediterranean resort city of Antalya came second with 475 properties, while the northwestern province of Bursa ranked third with 150 units.

The figures showed Iraqi citizens topped the list of buyers with 337 properties, followed by Saudis with 252 units, Iranians with 138, Kuwaitis with 116 and Russians with 112. In general, the number of property sales in Turkey this April fell 9.9 percent compared to the same month last year, the statistical body said. Last month, 103,087 houses were sold in Turkey - including 47,534 new house sales, while the rest were previously owned - TurkStat reported.

Istanbul, Turkey's most-populous city and one of its top tourist attractions, boasted the largest share of house sales with 16.9 percent, or 17,414 houses, the institute said.

It added that the capital Ankara and the Aegean province of İzmir racked up 10,352 (10 percent) and 6,418 (6.2 percent) of total housing sales, respectively.

Updated data for this area is due out on June 20.