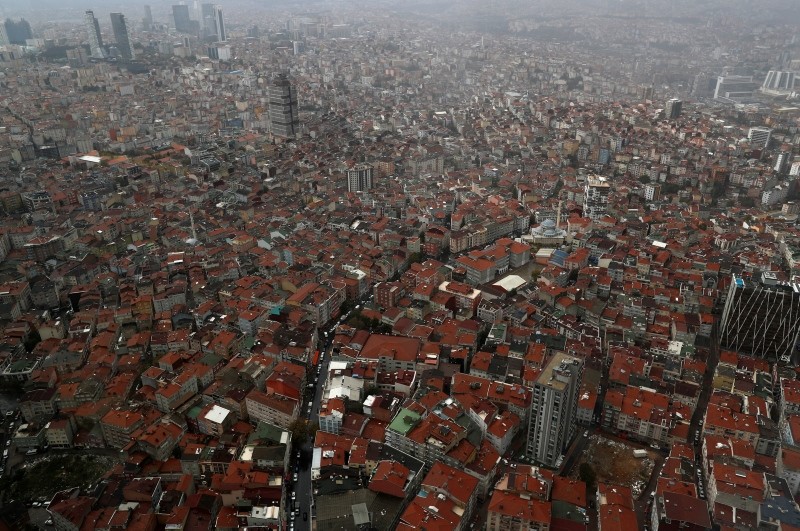 Largely supported by legislative amendments in the citizenship law, property sales to foreign buyers have hit historic highs throughout this year and recently have more than doubled in November. The sector is now expected to hit 40,000 by the end of the year

The housing sector, which has seen historic peaks in sales to foreigners so far this year, has for the first time exceeded the limit of 35,000 units sold in the first 11 months of this year and is now a step closer to the target of selling 40,000 houses to foreign buyers in one year.

Property sales to foreigners in Turkey more than doubled on an annual basis in November, according to the national statistical body yesterday. Foreigners bought 4,672 properties in this month, up 117.1 percent year-on-year, the Turkish Statistical Institute (TurkStat) said.

Istanbul, Turkey's largest city by population, was the top location with 1,922 sales in November to foreigners, followed by the resort city of Antalya (797) and the northwestern province of Bursa (301).

The largest share of house sales went to Iraqis, with 1,003 units in the month, followed by Iranians with 463, Afghans and Russians with 261 and Saudis with 233, the official data shows.

Meanwhile, some 89,626 houses were sold overall in Turkey in November, a 27 percent yearly decrease, according to TurkStat.

Foreigners buying 35,103 residential properties in the first 11 months of this year have drawn attention, as the same figure totaled some 22,234 in all of 2017. The sector is expected to hit 40,000 by the end of this year.

Mortgaged house sales throughout the country decreased by 85.7 percent year-on-year and stood at 5,324 in November. House sales with mortgages had a 5.9 percent share of all house sales in Turkey.

Melih Tavukçuoğlu, head of the Contractors' Association on Istanbul's Asian side, said the surge in Turkey's house sales to foreigners is "not surprising."

"The regulation on easing requirements for foreigners to acquire Turkish citizenship, the volatility in the Turkish lira against other currencies and the VAT exemption for foreigners helped spur the sales," Tavukçuoğlu said.

The Turkish government reduced the limits for foreigners to acquire Turkish citizenship to encourage investment, according to new regulations published in the country's Official Gazette on Sept. 19.

According to the regulations, foreigners who own real estate in Turkey worth a minimum $250,000 – down from $1 million – are eligible for Turkish citizenship.

Turkey's housing sales to foreigners have presented an upward trend since 2012, the year when parliamentary law made it easier for foreign investors to purchase real estate in the country.

"The year 2019 will see depleting stocks of houses. The number of houses to be built next year will decrease due to high costs and the decrease in sales," he added.

Özyurtlar Holding Chairman of the Board of Directors Tamer Özyurt said that the high demand from Gulf countries continued.

"It was a very accurate decision to revise the regulation about granting Turkish citizenship to foreigners who make a real estate investment of $1 million down to $250,000," he said.

What is important here is for real estate sales to foreigners to be regarded as exports and included in foreign exchange earning activities, Özyurt said, noting that this application would contribute to the sector and make promotions much easier.

On the other hand, Nef Chairman of the Board of Erdem Timur said in terms of revenue, $4.6 billion in sales were made last year, adding that this year, despite the increase in the foreign exchange rate, the figure would be much higher.

Just like Özyurt, Timur also pointed to the legislative amendments in the citizenship law for foreigners, adding that it will further boost sales to foreigners.

"Most importantly, in the coming years, we are likely to reach $10 billion in sales annually, and the net foreign exchange input of what we call $10 billion is about $8.5 billion because most construction manufacturing items are produced in Turkey. Indeed, we have grown a lot in the contracting industry, and we also have serious infrastructure in terms of products," Timur noted.