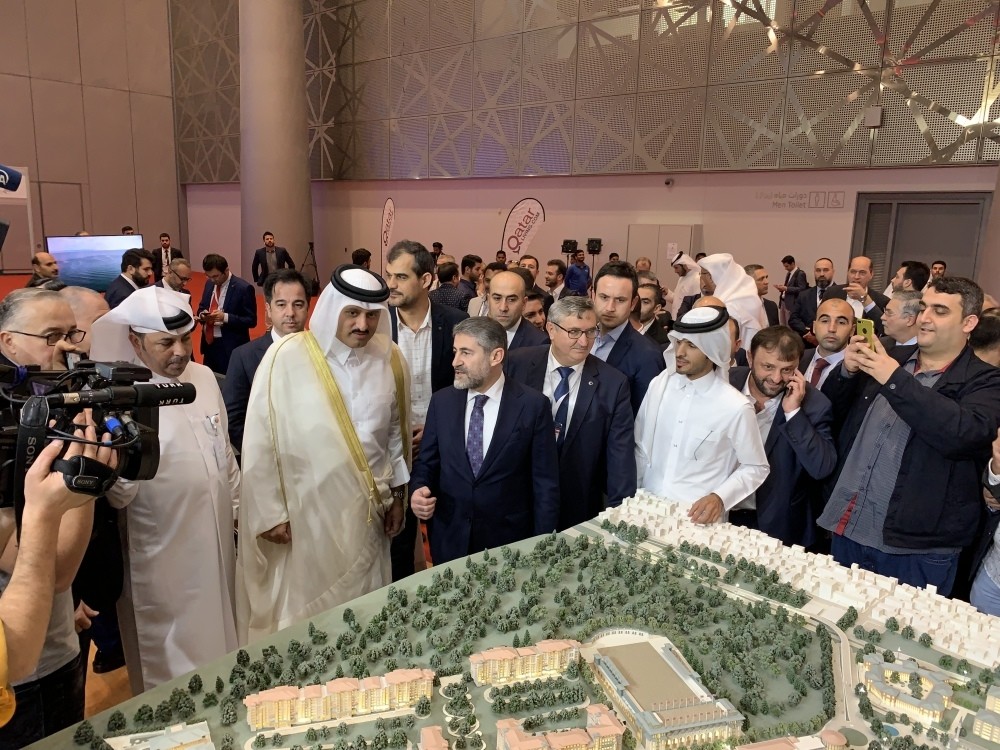 Turkish real estate projects received great interest from Qatari investors during the Turkey Expo by Qatar fair held in Doha between Jan. 16 and Jan. 18.
by Daily Sabah with AA Jan 19, 2019 12:00 am

On Friday, the last day of the three-day fair, representatives of the Turkish real estate sector introduced their products to Qatari investors and were satisfied with the interest they generated in the process.

Ahmet Oğulbalı, sales and lease manager of Emlak Konut Real Estate Investment Trust (REIT), which attended the expo for the third time, said demand was quite high even though the event only showcased construction products.

Oğulbalı said that they appealed to both Qatari and Turkish citizens living in Qatar. "We are in talks with many Qatari and Turkish customers in this context," he noted. "Actually, we have received more interest than we expected. People like the projects in Turkey very much and want to purchase them for investment purposes."

Qatari people, Oğulbalı added, showed great interest in regions such as Yalova, Bursa, Sapanca and İzmit, as well as Istanbul, and sought properties from these places.

Ankara has emerged as one of Qatar's top partners since a Saudi Arabia-led bloc launched a trade and diplomatic boycott of the tiny Gulf state in 2017, sending additional troops and food to shore up Qatar's needs just after it began.

Within the scope of the fair, aimed at realizing important breakthroughs in Turkish-Qatar trade relations, Qatari companies with a total fund size of $60 billion were to meet Turkish businessmen with the support of the Qatari government.

Pointing to the importance of the Gulf region, Tavlı said there was great interest in Turkish real estate from Saudi Arabia, Qatar, Oman, and Kuwait.

Since their projects are located in Bolu, one of the most popular places in the country, he said they implemented their project in one of the four tourism development areas in the region, noting the project, which will include villas, apartments, hotel, organic livestock and agriculture, alternative medical center and numerous activities, will be delivered in 2020.

Indicating that the project was realized in partnership with Qatar, Tavlı said they met with serious interest throughout the fair and made concrete sales.

On the other hand, participating in the event for the third time, Kasır Yapı General Coordinator Seyfullah Şahin said they have been organizing business trips to this country apart from the fair.

"Our aim is to consolidate our trade and friendships, to establish good relations and to create a partnership that will benefit both parties," Şahin said.

Şahin noted their booth attracted a great number of visitors throughout the fair, saying that the interest of the people of Qatar in the Black Sea and Trabzon has been on the rise in recent years and that they introduce their projects to them to meet this demand.